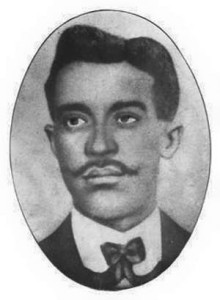 July 28th, 2015 marks 100 years since the U.S. Occupation of Haiti began. The 19 year occupation was pivotal to our history changing the course of Haiti’s social, economic, military, and political landscape.

On July 28, 1915, United States Marines landed in Haiti on the orders of President Woodrow Wilson, who feared that European interests might reduce American commercial and political influence in Haiti, and in the region surrounding the Panama Canal.

The precipitating event was the assassination of the Haitian President, Jean Vilbrun Guillaume Sam, but U.S. interests in Haiti went back as far as the previous century. (President Andrew Johnson wanted to annex both Haiti and the Dominican Republic. Twenty years later, Secretary of State James Blaine unsuccessfully tried to obtain Môle-Saint-Nicolas, a northern Haitian settlement, for a naval base.)

By 1915, the Americans were also afraid that an ongoing debt Haiti was forced to pay to France tied the country too closely to its former colonizer; Germany’s growing commercial interests in Haiti were another major concern. So one of the first actions carried out by the U.S. at the start of the occupation was to move Haiti’s financial reserves to the United States and then rewrite its Constitution to give foreigners land-owning rights.

An officer by career, Charlemagne Péralte was the military chief of the city of Léogane when the US Marines invaded Haiti in July 1915. (See United States occupation of Haiti (1915–1934))

Refusing to surrender to foreign troops without fighting, Péralte resigned from his position and returned to his native town of Hinche to take care of his family’s land. In 1917, he was arrested for a botched raid on the Hinche gendarmerie payroll, and was sentenced to five years of forced labor. Escaping his captivity, Charlemagne Péralte gathered a group of nationalist rebels and started guerrilla warfare against the US troops.

The troops led by Péralte were called “Cacos”, a name that harked back to rural troops that historically took part in the political turmoil of late 19th century Haiti. The guerrilla warriors of the Cacos were such strong adversaries that the United States upgraded the US Marine contingent in Haiti and even employed airplanes for counter-guerrilla warfare. His forces attacked Port-au-Prince in 1919, but were driven off.

After two years of guerrilla warfare, leading Péralte to declare a provisional government in the north of Haiti, Charlemagne Péralte was betrayed by one of his officers, Jean-Baptiste Conzé, who led disguised US Marines Sergeant Herman H. Hanneken (later meritoriously promoted to Second Lieutenant for his exploits) and Corporal William Button into the rebels camp, near Grand-Rivière Du Nord. Péralte was shot in the heart at close range. Hanneken and his men then fled with Peralte’s body strapped onto a mule.

In order to discourage rebel support from the Haitian population, the US troops took a picture of Charlemagne Péralte’s body tied to a door, and distributed it in the country. Charlemagne Péralte remains were unearthed after the end of the US occupation in 1935. A national funeral, attended by the then-President of Haiti, Sténio Vincent, was held in Cap-Haïtien, where his grave can still be seen today.

A portrait of Charlemagne Péralte can now be seen on 3 different Haitian coins currently in circulation. – Source