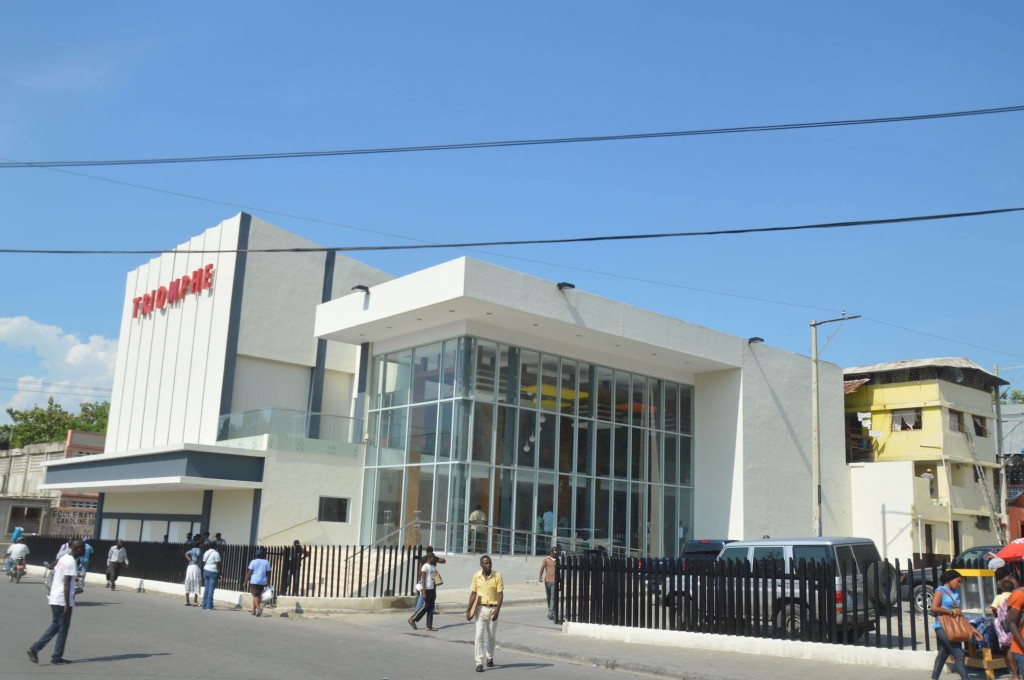 After a $7 million renovation,  Ciné Triomphe, a movie theater and cultural center in downtown Port au Prince will its doors this August.

According to Lara Falcone of Haiti Times,

After a $7 million renovation, the anxiously anticipated Ciné Triomphe is prepared to open its doors this August, for the first time since its closure in 1988. The Triomphe has the distinction of being the first theater to open since the devastating January 2010 earthquake, and was once a major cinema in Port-Au-Prince.

Ciné Triomphe is comprised of three sections that include two theaters and a conference hall. The two theater rooms have a seating capacity of 300 and 450 respectively, with stages that can support a troupe of 50. Each possess automated lights, a HD Digital theatre system on a 39 x 21 foot screen with detachable frames — a first in Haiti — and a professional digital audio system.
The cinema was put into use as a warehouse before the Haitian Ministry of Culture bought the cinema in 2012 and began work to restore it.

The halls are designed to accommodate performances (dance, theater, concert) exclusive film showings and include lodging areas for use of performers. The third room is equipped to host conferences, meetings, seminars and forums.