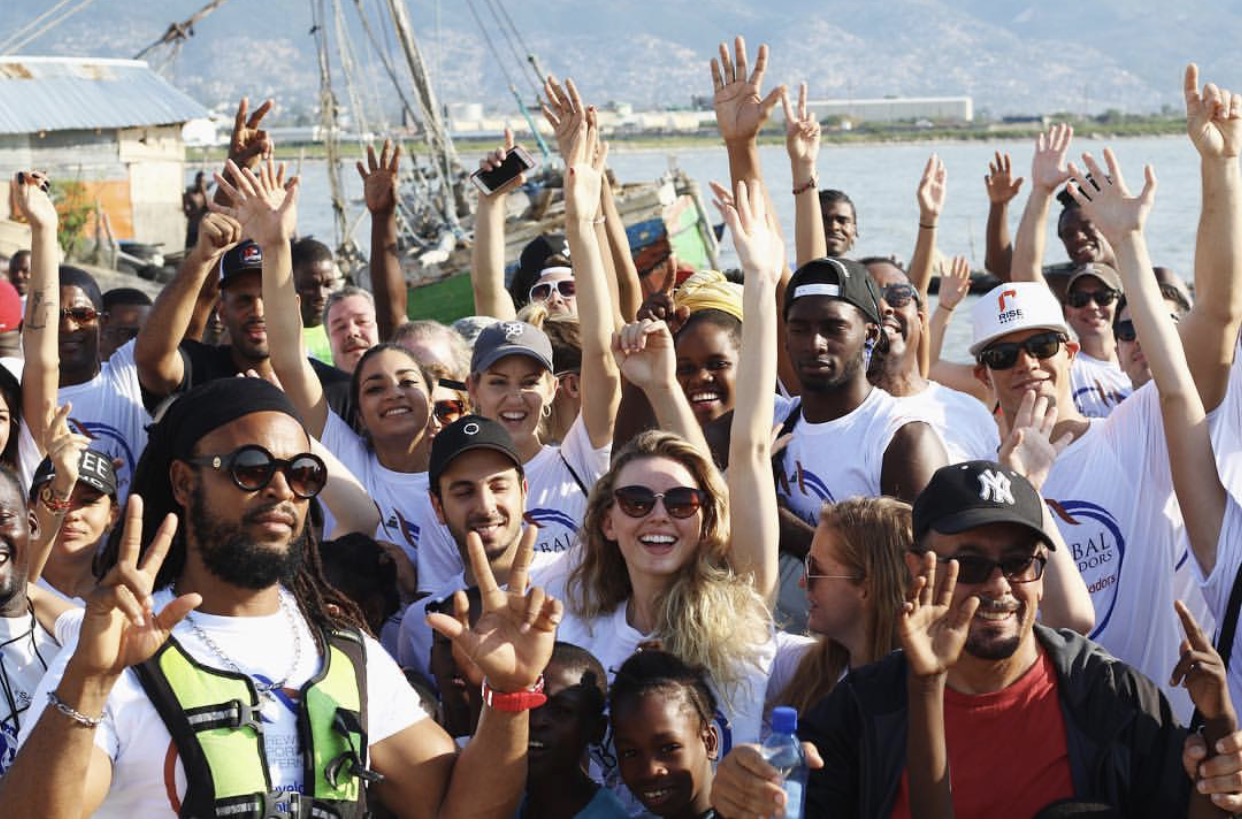 PORT-AU-PRINCE, HAITI / ACCESSWIRE / April 6, 2017 / The Jack Brewer Foundation (“JBF,” “JBF Worldwide,” or the “Foundation”) will lead a delegation of nearly 100 Global Ambassadors who are traveling to Haiti from April 7-11, 2017, as part of the Foundation’s long standing efforts to raise awareness in a mission of sport for development and peace in the areas of medical aid, disaster relief, food security, education, and cultural exchange.

Since visiting Haiti on one of the first flights following the devastating earthquake of 2010, and founding the “One Team 4 Haiti” campaign uniting global influencers and professional athlete players’ associations from all major sports leagues, including the NFL, NBA, NHL, and MLB, JBF Worldwide has been spearheading ongoing trips to Haiti to help bring desperately needed resources to the country as part of its Global Ambassadors Program, which aims to connect influential individuals and social conscientious corporations to philanthropic organizations, while traveling the world to make positive social impacts in communities in need. The JBF Global Ambassadors have grown to more than 150 athletes, artists, and influencers spanning the worlds of sports, music, fashion, as well as business and world leaders.

This year, JBF’s Global Ambassadors will continue to make an impact in Haiti with a full itinerary of philanthropic endeavors, which include:

For more information on the JBF Global Ambassadors program or to donate, please visit www.jbfworldwide.org.

About The Jack Brewer Foundation

Jack Brewer, five-year National Football League (NFL) veteran and founder/CEO of The Brewer Group, Inc., established The Jack Brewer Foundation (“JBF Worldwide”) to empower women and children living in impoverished and underdeveloped communities by enabling food security, promoting access to education and cultural exchanges, assisting in medical aid and disaster relief, and building peace. JBF Worldwide employs sport as a catalyst to provide resources and opportunities to the world’s most underserved populations and actively works to “Empower From Within.” For more information about The Jack Brewer Foundation, please visit www.jbfworldwide.org or follow them on Facebook, Twitter, Instagram and Snapchat. Thanks to generous donations from supporters, The Jack Brewer Foundation has continued to implement various programs and initiatives both in the U.S. and worldwide, including medical aid and disaster relief, education and cultural exchange and food security. Donations to JBF Worldwide help to continue its efforts to provide support to communities in need at home and around the world as the organization strives to achieve its mission to “Empower from Within.”

For questions or more information, please contact Kayleen DeRusha at 952-452-3295 or kayleen.derusha@thebrewergroup.com.

JetBlue Launching New Flights to Haiti
Vodou is not a Country, and Haiti is not a Religion!