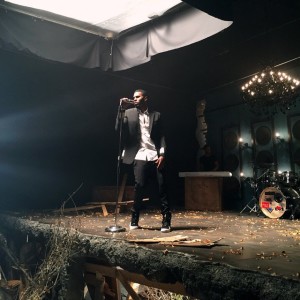 Jason Derulo is definitely having a successful new year!

After a recent messy breakup with girlfriend Jordin Sparks, the 25 year old recently told Ryan Seacrest he is dating again. His new single “Want to Want Me” opens as pop #23 song in the top 25, and now you’ll be able to watch Jason every week as he join Paula Abdul as one of the new judges of “So You Think You Can Dance.”

Paula Abdul and Jason Derulo are prepping for the ultimate pas de deux: The duo have been confirmed as permanent judges for season 12 of FOX’s So You Think You Can Dance, the network announced this week. Abdul and Derulo, whose appointment follows the departure of longtime judge Mary Murphy, will join veteran panelist Nigel Lythgoe starting Jan. 24 for New York City auditions.

Derulo, 25, who has also served as a guest judge, performed on the series in the past and lent his music to many a SYTYCD routine, is just as excited to sit on the panel. “[SYTYCD] is one of the most respected and longest-tenured shows on network television, and I hope to be a part of new growth and continued success,” the “Wiggle” singer told Us Weekly in a statement. –

A new judging panel isn’t the only change viewers of the Cat Deeley-hosted series will see when it returns this summer. As previously announced, the reality series will depart from its traditional format to pit street dancers against classically trained stage dancers in an effort to determine America’s Favorite Dancer.- Continue Reading Here

TagsHaitian American Jason Derulo So You Think You Can