If you are a Haitian living in South Florida, you are well accustomed to Chef Creole.

This is my favorite place to get a nice plate or Griot or fried fish. Although I lived about 40 minutes out from the closet location, my husband and I would take at least three trips per month for some fried fish, Griot and legume.

Chef creole is owned by Chef Wilkinson, “Ken” Sejour who has grabbed his native Creole cuisine by the fishtail and created Haitian seafood for the masses.  Sure there’s queue boeuf (oxtail), barbecue ribs and fried chicken, but the main draw at Chef Creole is spiced up seafood – big time – you can’t miss the mural on the wall of the small fisherman reeling in a huge blue marlin.

Born in the Bahamas to Haitian parents, Ken and the late Jude Pierre opened their first Chef Creole Restaurant on 77 St NE 2nd Ave. From there they relocated to North Miami.Since then, he has established a third location at 200 NW 54th Street. In addition to the new location, he has introduced his own sauce to be marketed.  Chef Creole’s food crosses all cultural barriers…it’s simply delicious!

Chef’s catering has expanded to include large weddings, festivals, and parties. He is opening another location in the near future.

Eddie’s show is about the culture and personalities behind the food he features and, from the fishing boat painted in a traditional Haitian style out front to the photos of Chef Creole with local hip-hop legends like Uncle Luke and Trick Daddy that cover its walls, Chef Creole epitomizes a distinct mixture of Caribbean and Miami culture.

For the final episode of Fresh Off the Boat‘s first season, Eddie visited Chef Creole’s main location on 54th Street in Little Haiti (it’s now a mini-chain with five locations across Dade county’s Haitian belt) and joins the Chef—Wilkinson “Ken” Sejour—for some tailgating at a Dolphins game, and an island day trip on his private motorboat. – source

Watch the webisode below: 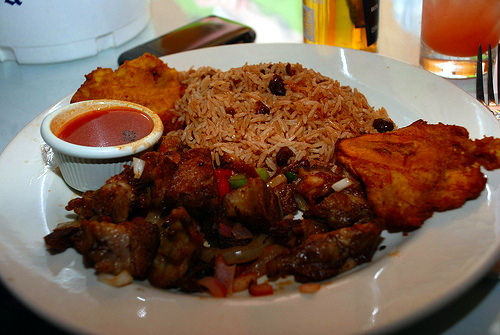 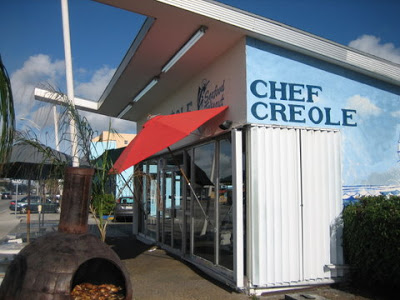