The world number 44 tennis star beat Russian 20th seed Daria Kasatkina 6-3 6-2 to win the WTA event in Indian Wells and earn the first title of her career. Until Indian Wells, Osaka had made it past the quarter-finals at a WTA event just once, when she was runner-up in Tokyo 18 months ago.

Osaka rolled over Kasatkina, breaking her serve four times and winning the battle of the 20-year-old rising stars in just 70 minutes. The loss ends a brilliant run by Kasatkina, who was playing in her second final in a row after a runner-up finish in Dubai.

Another trending highlight of the night was Osaka’s acceptance speech. Osaka’s ability to deliver a victory speech is, by her own admission, a work in progress. The quirky tennis star giggled, fidgeted and rambled, before admitting “this is probably going to be the worst acceptance speech of all time”.

“Hi, I’m Naomi,” she began, trying out her wry sense of humor on the crowd. “OK, never mind,” she quickly blurted.

We beg to differ! #BNPPO18 pic.twitter.com/4XpckdmLtq

Osaka also thanked her Haiti-born father and Japan-born mother, who weren’t on hand.

Osaka was born in Japan before moving at age 3 with her family to the United States, where she is still based, training at the Evert Tennis Academy in Boca Raton, Fla. 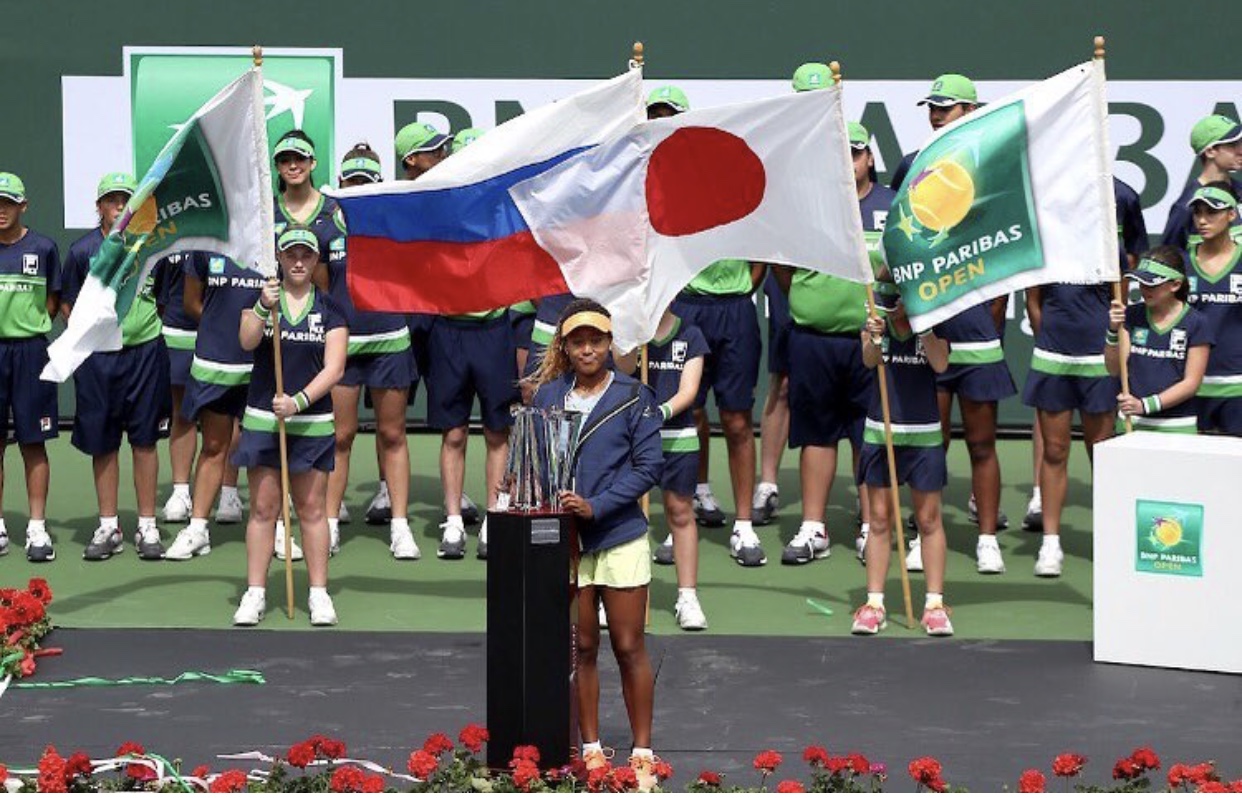 The Japan-born Osaka will rise from 44th to a career-high No. 22 in Monday’s WTA Tour rankings.

She earned $AUD1.9 million for the victory, nearly doubling her career winnings to date. She is the first unseeded winner since Kim Clijsters in 2005 and the second-youngest since Ana Ivanovic in 2008.