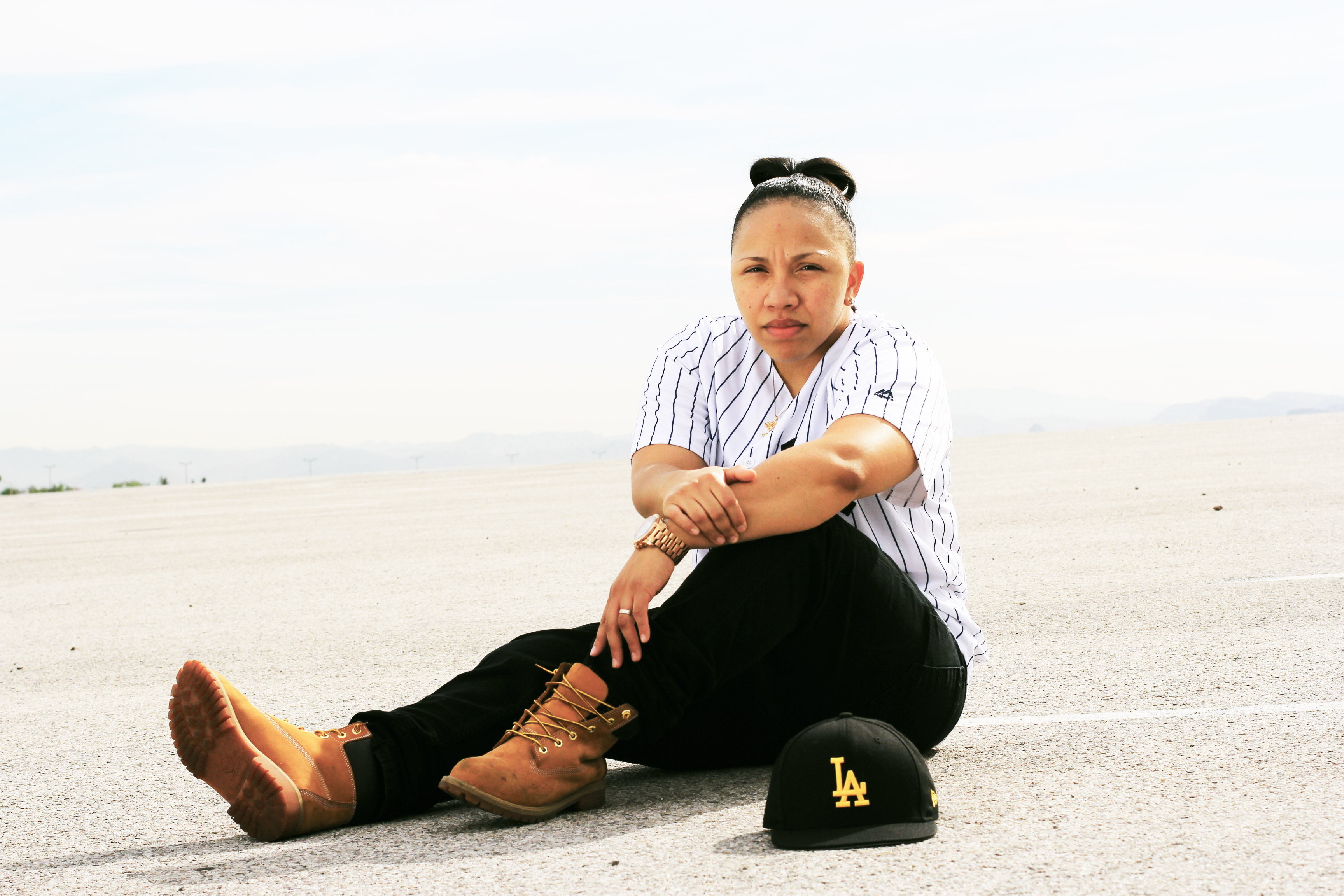 Ashley Bank$ is an up and coming Femcee who wants to bring the West Coast back to the forefront of mainstream Hip-Hop. While keeping true to her West Coast roots she continues to deliver a new era sound with an old school influence.