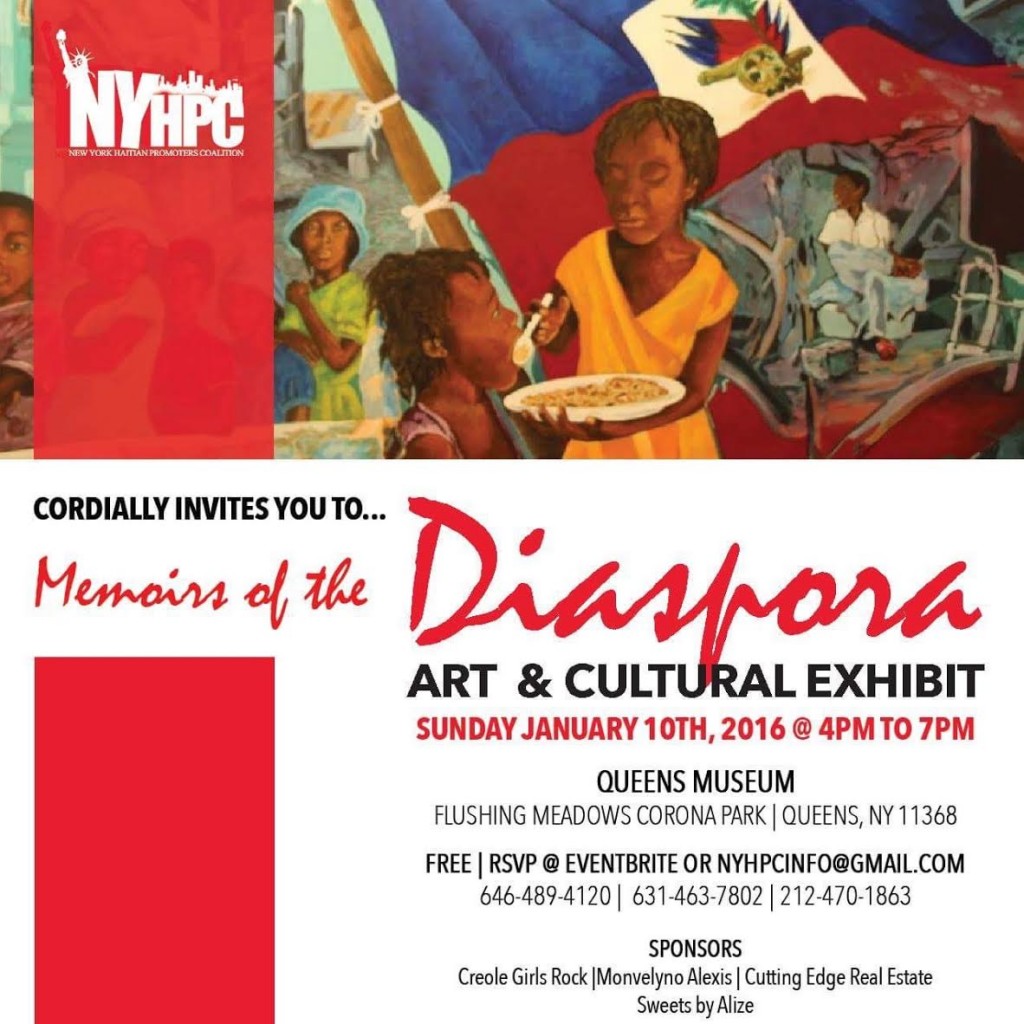 On Sunday, January 10, 2016, the New York Haitian Promoter’s Coalition, NYHPC, will be commemorating the 6th Anniversary of the Haiti Earthquake with an evening of fine art, exceptional music, traditional dancing and exquisite poetry at Queens Museum at Flushing Meadows Corona Park in
Queens, New York.

This free event caters to art and music lovers of all ages. Highlighting art pieces by artists such as, Patricia Brintle, Carolle’s Closet, Jerry McGeorges, Fritz St. Jean, Jean Eddy Remy, Gracie Xavier, Sophia Domeville and Ludwig Borgella, the “Memoirs of the Diaspora” Art and Cultural Exhibit will also feature an unplugged performance by the ever popular group Harmonik, as well as Monvelyno
Alexis.

Sponsored by Creole Girls Rock, Cutting Edge Real Estate and Sweets by Alize, this cultural event is a great way to start the New Year with a touch of class.

City of Ft.Lauderdale Seeking Haitian Artist for MLK Diversity Celebration
Join Me In Miami For A Conversation With….