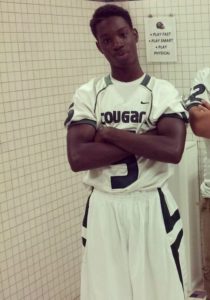 We’ve posted a few stories the last few month about cops killing black men but we missed this one of  17-year-old old Haitian-American David Joseph who was killed in Austin Texas on February 8th.

Joseph died after Officer Geoffrey Freeman shot the teen in the 12000 block of Natures Bend. Police say the teenager was nude and acting aggressively when he charged toward Freeman. The teenager was unarmed.

During David’s vigil friends said “David was a high school senior, who dreamed of going to college this fall. He played football and soccer for his school, and loved to listen to music.”

Reports say officer Freeman was originally called to an apartment complex in the 300 block of East Yager Lane for a report of a man chasing another man around the complex. When Freeman arrived, he spoke to the witness but was not able to immediately locate the suspect, until a short time later on Natures Bend.

In a press conference Austin Police Chief of Staff, Brian Manley, said the officer was able to track the teen to the 300 block of East Yager Lane where he appeared to be naked. “The officer approached the suspect who was behaving aggressively,” explained Manley. After giving him several commands to comply, police say the suspect reportedly charged at the officer. It was then the officer shot at the suspect, who later died after being transported to St. David’s Round Rock Medical Center.

Here’s all the information I gathered about the story since the shooting in February. 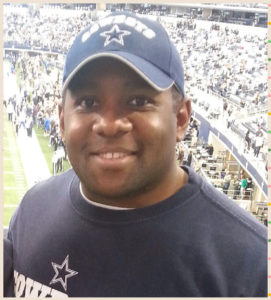 In March, Officer Geoffrey Freeman was fired by the Austin Police Department. Freeman, 41, was scheduled for a disciplinary hearing but his attorney said he waived his rights to the hearing because he already answered all the questions the department asked. Since Freeman waived his right to a hearing, it was up to Chief Art Acevedo to determine his fate with the department.

Acevedo said after a long investigation involving Freeman’s supervisors and other department heads, he determined “based on the totality of circumstances, we didn’t agree that the officer’s use of deadly force was needed” and that it was not “justified in this case.”

According to Freeman’s disciplinary memo, Freeman “chose to confront Mr. Joseph alone” and he “chose to utilize deadly force… even though he knew other officers had yet to arrive but were imminently in route.”

Since Freeman was concerned the subject was possibly “losing it or high or something,” the memo indicates he should have waited for back-up since the subject was displaying symptoms of “Substance Induced Excited Delirium.” Freeman told investigators he had his weapon drawn, while the subject “was naked, unarmed and had not injured any person.” Acevedo cited in the memo that Freeman “chose to immediately respond to this situation with deadly force rather than using a lesser amount of force that was available to him (ASP, Taser, Pepper Spray, physical force).”

Officer Freeman, who had been with LAPD for 10 years, had 10 days to file an appeal, he later appealed to get his job back. – Continue Reading Here

On May 18th, after five days of testimony, the grand jury has determined fired Austin police officer Geoffrey Freeman won’t face charges in the shooting and killing of 17-year-old David Joseph in February. The Travis County Grand Jury started hearing the case in early May and a ruling came back the morning of May 17.

In Freeman’s dash camera video, you can see him pulling up to Joseph who is in the middle of the street. Within seconds of stopping his patrol car and getting out, you can hear Freeman saying “Stop right there man, stop right there.” As Joseph starts running at the patrol car, Freeman yells “Don’t move” four times back-to-back. When it appeared that Joseph wasn’t stopping, Freeman yells “Stop” three times. Two shots can be heard shortly thereafter. The whole incident happened in nine seconds.

Chief Art Acevedo who fired Freeman  was punished by the Austin city manager in April for “insubordination” after allegedly discussing the case with Austin police cadets. – Continue Reading Here

Later than month, Joseph family announced they planned on following in the footsteps of other grieving families who have lost a loved one at the hands of an Austin police officer.  A search of past KXAN stories reveals since 2005, the Austin city council has voted to settle four out of five lawsuits tied to deadly police shootings.

The only civil case that went to trial was the 2011 death of Byron Carter, and the city won. The four other deadly police shootings that resulted in a settlements paid for by taxpayers totaled $4.6 million. – Continue Reading Here

In June, an internal affairs investigation by an Austin police shows discrepancies in the officer’s account of the incident. Geoffrey Freeman, fired by the department in March, told investigators he drew his weapon as he exited his police vehicle, but a witness contradicted that claim.  The witness said Freeman exited his vehicle, put one hand up towards Joseph and another on his holstered weapon. The man said Freeman did not draw his gun until Joseph was eight feet away.

When asked why he didn’t use a weapon other than his firearm, Freeman told investigators he didn’t have enough time to transition to another weapon. In an interview with investigators, Freeman said:

The reason why I fired is based on some of the calls that we were getting — also just in the past with what I’ve observed from someone that can possibly be intoxicated or high on some type of drug, whether it be bath salts, K2, whatever the case may be. I figured at that point that he — and plus, he’d attacked somebody over at the apartment complex over there. I had no idea what his mindset was at that point so when he starting charging towards me, at that point I already had my gun up. I was telling him to give commands. He wasn’t listening. He wasn’t listening. At that point I couldn’t — the way he was rushing at me, I didn’t feel like I could holster, or make another move to get another option out at that time…” – Continue Reading Here

In June, the family of Joseph filed a wrongful death lawsuit against Freeman and the city of Austin. The suit claimed the city has not trained officers on using methods other than deadly force, have not addressed the problem of a staffing shortage and that the city discriminates against minorities.

The Joseph and their attorney for the wrongful death lawsuit claims city of Austin settlements in such cases are low and vows that he and his clients “are not going to accept the token settlement.”

A document provided by Edwards, suggested settlements and verdicts paying out $3 million to $11.3 million in wrongful death cases across the country. The list includes cases such as the death of Freddie Gray in Baltimore. Gray died after a neck injury in police custody. The settlement in that case: $6.4 million. Austin’s biggest wrongful death settlement came after the death of Larry Jackson Jr. He was shot and killed by an Austin police detective. The city settled with Jackson’s family for nearly $2 million.

“[The amounts paid in other cities] suggests that what the city has paid to date is shockingly low,” said Edwards. – Continue Reading Here

To read the full timeline of the David Joseph story click here.