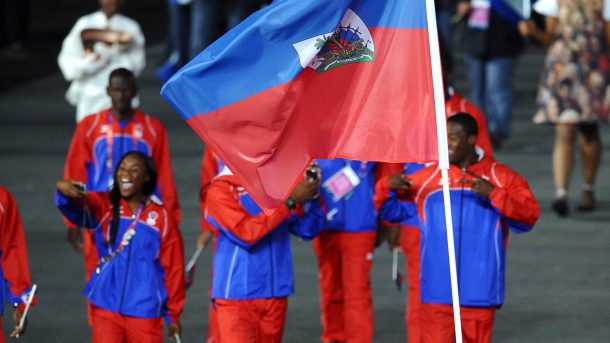 Our Haitain athletes are headed to Rio and here’s an update on the opening ceremony.

The nation of Haiti will have a competitor in the Summer Olympics for the fifteenth time when the Rio Olympics officially begin Friday, with Haitians having competed in seven different events. One of the sports in which an athlete had yet to represent Haiti is wrestling, but that will change this summer. And in representing the nation of his birth, 37-year old Asnage Castelly will receive the ultimate honor during the Opening Ceremony. 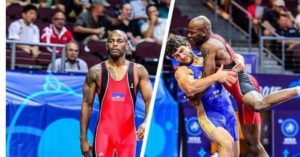 According to the Associated Press, Castelly has been selected to be Haiti’s flag bearer when the delegation enters the Maracanâ stadium Friday evening. Castelly, who was selected as a wild card for the 74kg (163 pounds) freestyle wrestling competition, left Haiti with his family when he was nine years old and even served a stint in Iraq in the U.S. Army as a Muslim chaplain. The honor of carrying the flag of his birth nation is simply another piece of validation for Castelly, who had to convince Haiti’s Olympic Committee to allow him to represent the nation in wrestling competitions.

In mid-June Castelly spoke with NPR about this ultimately successful struggle:

wrestling.’ I’m like, ‘What do you mean you don’t have it.’ I write them over and over. ‘Uh, who are you? Why you keep on writing? We do not have wrestling.’”

Finally, Castelly managed to convince them that they should have wrestling, and that he could do it for them. He competed for Haiti in freestyle wrestling championships as far away as Mongolia. He did well, but not enough to qualify for the Rio Olympics.

Asnage, currently a member of the coaching staff at Springfield Technical Community College, received word from United World Wrestling that he was selected for an Olympic spot in May. With the dream of representing Haiti now realized, Asnage’s next goal is to win the nation its first Olympic medal since 1928. During those games Silvio Cator won silver in the long jump, four years after Haiti won bronze in the men’s team free rifle competition in Paris.  – Read More Here