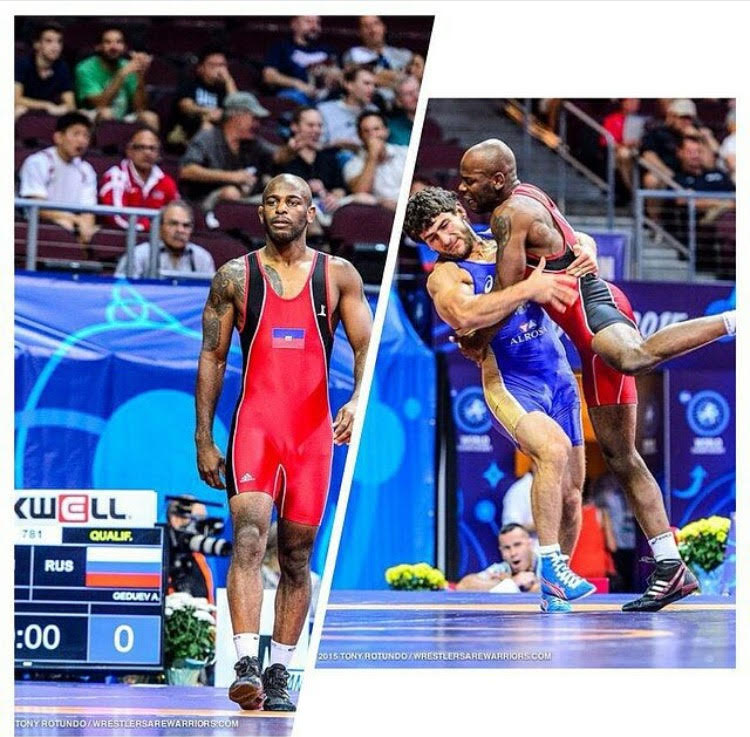 Turning dreams to reality, Asnage Castelly is the first Haitian to compete in the World Wrestling Championship.

[Mattalk Online] Asnage Castelly represents the ENTIRE Haitian wrestling team. He’s the head of their wrestling federation and the only athlete. He’s coordinated all this while serving in the U.S. military and bouncing between the U.S. and Haiti with his wife and young child.

At 37, Castelly’s career is likely coming to a close, at least on the wrestling mat. A Division II wrestler at American International in Springfield, Mass., Castelly recently competed in the Pan Am Games in Greco-Roman. He’ll be the first Haitian wrestler to compete at the World Championships when he steps on the mat in men’s freestyle (yes, he’s wrestled both styles).

Castelly is working to build a school and bring wrestling to Haiti, which shares the island of Hispanola with the Dominican Republic, a nation with a more organized and a modest amount of success at the Pan American level.

Fast Forward to 10:55 to listen to Short Time’s interview with Asnage Castelly explaining his background and why he decided to start a Haitian Wrestling Team when he looked it up and realized Haiti didn’t have a team.