What started as a “Glow Party and Birthday Bash” at a Florida nightclub ended early Monday in a shooting, with a 14-year-old and an 18-year old killed and more than a dozen others injured.  Several teens had flocked to the Club Blu nightclub to attend the party which was meant for kids between the ages of 12 and 17. 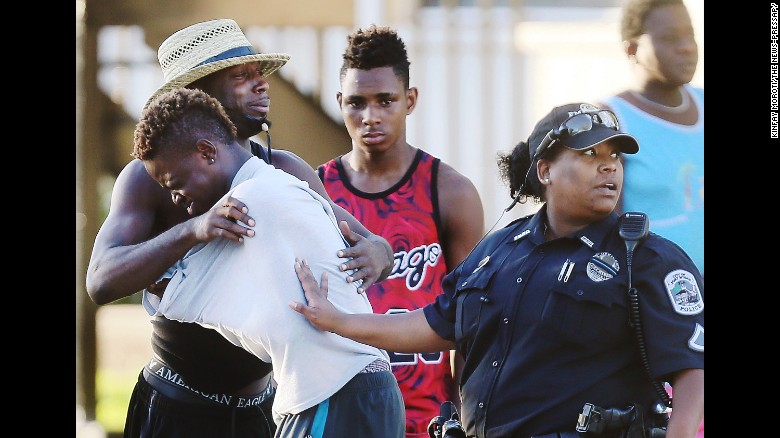 Parents were picking up their children from Club Blu Bar and Grill in Fort Myers when gunfire erupted outside. Haitian-American Sean Archilles, 14, and Stef’An Strawder, 18, were shot to death in the club’s parking lot, Fort Myers police said. At least 16 others, ages 12 to 27, were also wounded in the shooting. Of the four people still hospitalized Monday, two are in critical condition, and two are in fair condition, Lee Memorial Hospital said.
Here are a few things we’ve learned about the Sean Archilles and the shooting:
1. Sean turned 14 in March, he was to start the eighth grade at Royal Palm Exceptional School.
Royal Palm principal Robert Morretti released a statement about the boy’s death: “The staff and students at Royal Palm School were deeply saddened to learn of the death of Sean Archilles. Sean was the kind of young man who could brighten any room with his outgoing personality and contagious smile. He was a friend to all and will be deeply missed by his Royal Palm family.”
2. Jean-Robert Archilles heard the news from Sean’s mother, who called him between midnight and 1a.m. Monday to tell him that his son had been rushed to a hospital.

3. Club Blu is a “restaurant and lounge” which has held teen parties in the past. 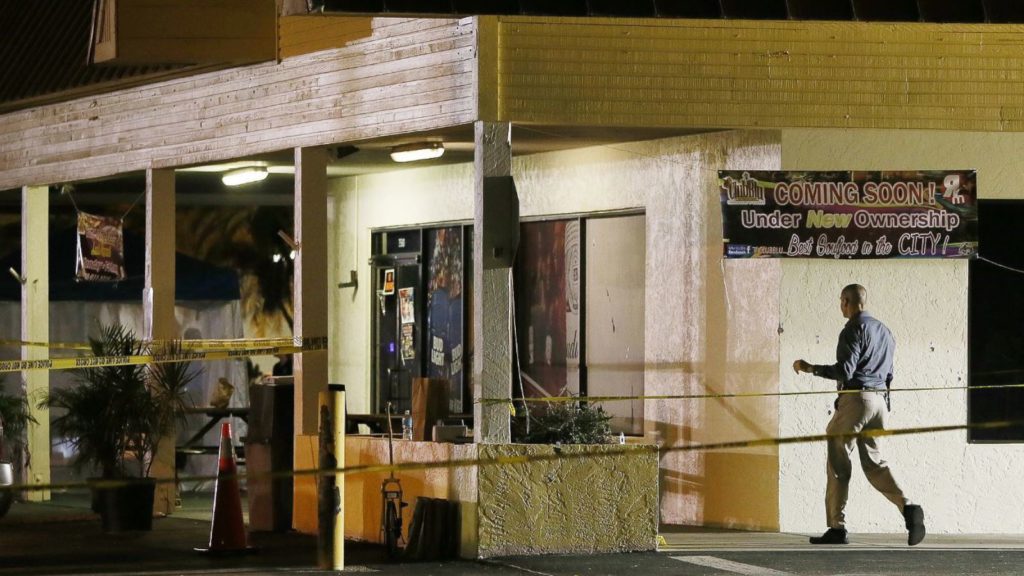 “As the club was closing and parents were picking their children up…..that’s when all this took place. There was nothing more we could of done as you see it was not kids at the party that did this despicable act. Our condolences to all parties involved,” the club wrote in a statement on Facebook.

“We did everything we could to make sure these kids were safe,” Club Blu co-owner Cheryl Filardi said, according to USA Today. “There was nothing we could do … a car rolled up and just started shooting.”

4. Archilles Was Involved in ‘The Bridge’ & Its After-School Programs.

The Bridge Youth Center, a nonprofit, faith-based community center that assists at-risk youth ages 11-18 with daily programs, assistance, and support, appears to be a part of Archilles’ life. With its free after-school programs in sports, academics, job placement and mentoring, according to its Christian Volunteering profile, Archilles  graduated from its children center to the Youth Ministry. – source

Jean Roberts  said his son loved sports — something he shared with the other teen killed in the shooting Lehigh Senior High School basketball star Stef’an Strawder.  Sean played for the Fort Myers Junior Firecats about three years ago, said Amber Smith, president of the organization. – source

7. Sean’s mother have declined all request for comments.

ABC News : Update on the shooting.

Fort Myers interim Police Chief Dennis Eads said the shooting was not an act of terror. Police detained three people and were searching for others, he added. He declined to give a motive for the shooting or discuss details, saying the investigation is ongoing. Hours after the shooting, police had marked more than two dozen shell casings in the parking lot outside the club.

The shooting happened about 12:30 a.m. Monday, just as the club was closing and parents were picking up their children. Security guard Brandy Mclaughlin, who was hired for the event, said she saw someone with a semi-automatic rifle open fire, with the attack sounding like “firecrackers.” Her car was hit in the spray of bullets.

“The rapper was upset, someone not being able to perform,” she said. “It wasn’t targeted, terrorist or gays, or anything like that. It wasn’t a black or white situation. It was an idiot. An idiot with a firearm.”

Club owner Cheryl Filardi, who said she was in the back room when the shots rang out, said at least 10 security guards were hired for the party — two in the parking lot, one or two at the door and the rest floating inside.