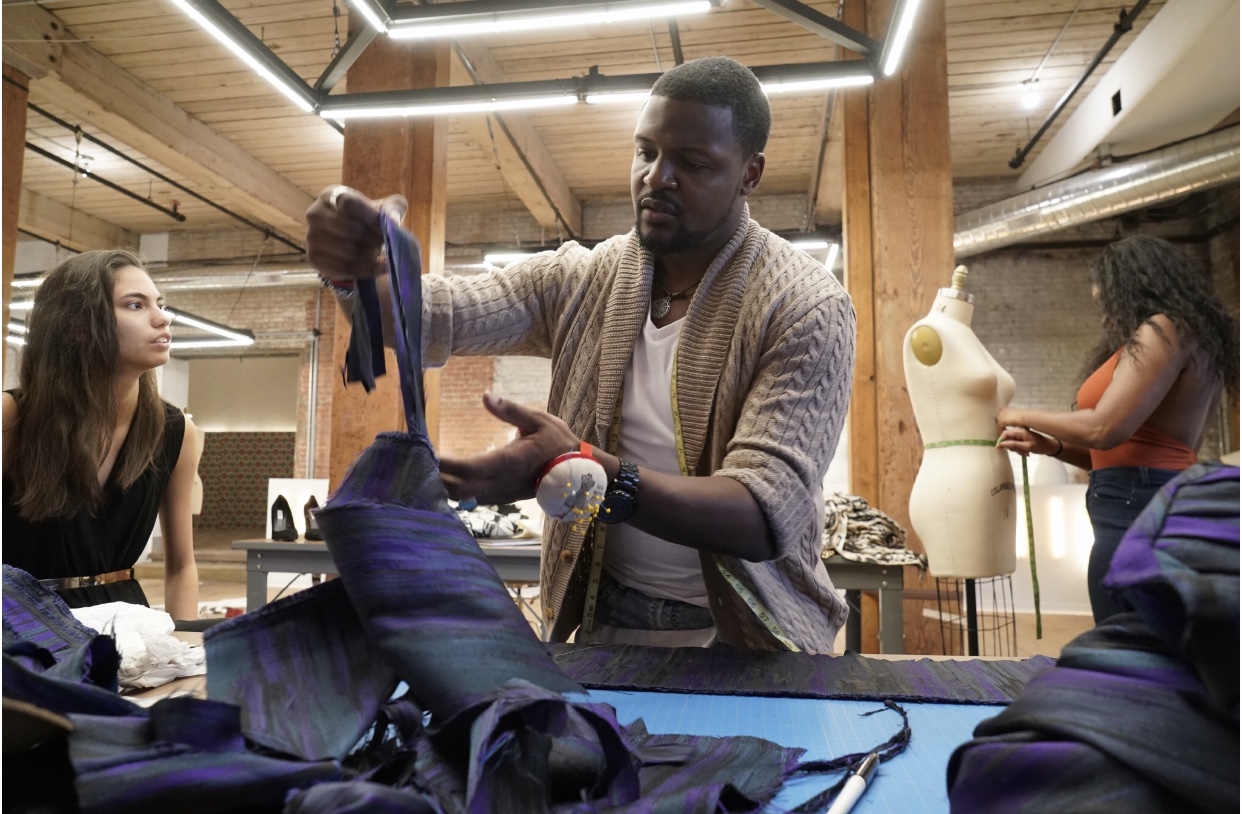 In the 17th edition of the series, 16 new designers will compete for a chance to show their collection as well as win the largest cash prize in the show’s history. We are excited to watch one of our L’union Suite readers cast this season, and so far doing a very job.

Haitian-American designer Venny Etienne knew he had a desire to be immersed in the fashion industry when he started styling for local church fashion shows in his hometown of Brooklyn at the age of 20. He attended the Fashion Institute of Technology in New York and later transferred to Wade College in Dallas. He graduated Salutatorian of his class, receiving a BA in merchandising and design and the Founders Award, the highest award given to a student of the graduating class.

Currently residing in Dallas, Venny credits this move for his evolution as a designer. While many thought leaving New York would be detrimental for his career, he was quickly embraced by the Dallas fashion scene and made a name for himself through networking and local fashion shows. In 2018, Venny won the 2018 Fashion Group International (FGI) Rising Star in Dallas. FGI also gave Venny a full scholarship to attend the Paris American Academy in Paris to further his development.

To date, Venny has dressed some of today’s trendiest celebrities, including Cardi B and Michelle Williams. He travels to garner inspiration for his Levenity brand, which is part of recognizable American sportswear. Always sophisticated, with an edge that makes it extremely special.

With no hesitation. 🇭🇹😩 ✍🏾nanacarre/