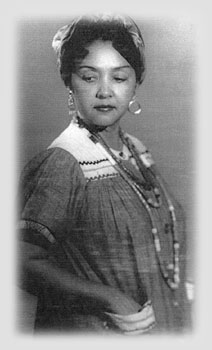 [Repost from Haitian History] Lina Fussman-Mathon, musician, arranger, and leader of a dance troupe drawing on folkloric sources. Fussman-Mathon, according to Kate Ramsey, collaborated with composers such as Werner Anton Jaegerhuber to collect and harmonize popular sources. She also introduced her students, drawn from the urban middle class and elite, to Vodou ceremonies and dances. Her pioneering contributions to themouvement folklorique includes a 1941 visit to the US for a National Folk Festival in the capital, marking the first time a folkloric troupe danced music derived from ritual music to represent Haiti internationally.

Fussman-Mathon’s contributions to the larger ‘mouvement folklorique’ deserve greater renown. In addition to organizing a troupe and bridging some of the class divisions that separate Vodouizan from the elite, her troupe performed in elite spaces, illustrated lectures of Jean Price-Mars, and turned into practiceindigénisme. Furthermore, Gage Averill in A Day for the Hunter, A Day for the Prey, writes that it was Fussman-Mathon who recruited legendary singer Lumane Casimir into her choir, thereby significantly shaping Haitian musical culture of the 1940s and 1950s.

As Ramsey reveals, some of Fussman-Mathon’s actions brought her into legal trouble. Despite drawing from Vodou and popular sources for music and dance, her troupe was arrested for attending a ceremony during the Lescot presidency while also dancing Vodou favorably to represent Haiti abroad. Kate Ramsey’s The Spirits and the Laws is the best read to tackle this historical irony of exploiting Vodou as folklore while persecuting practitioners of the religion. 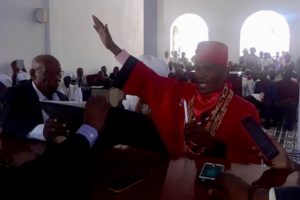 Haiti: A Hougan Sworn In As A Religious Minister of Vodou 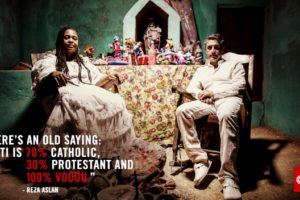 Vodou is not a Country, and Haiti is not a Religion!