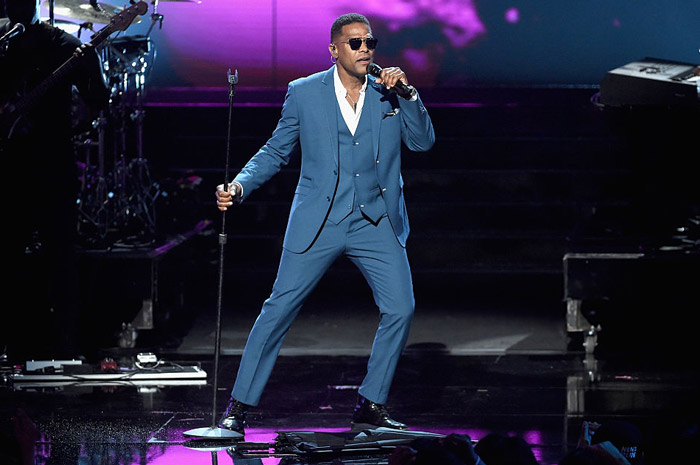 Smooth  Haitian crooner Maxwell performed his new single “Lake by the Ocean,” tonight emerging with an umbrella as rain crashed down on him.

The singer, dressed in a dapper three-piece suit, stripped off his jacket and sunglasses midway through a rendition of the song and if you pay attention to the left side of the screen, that’s DJ Michael Brun and his large Haitian flag representing the culture.

Maxwell also joined in on the Prince tribute and covered “Nothing Compares 2 U,” originally recorded and written by Prince but made popular by Sinéad O’Connor.