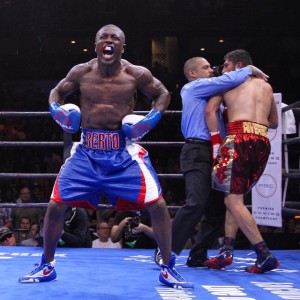 Congratulations to Andre on an exciting knock out come back fight!

The past few months, Haitian-American boxer Andre Berto has posted countless videos and pictures on his social networks of him preparing for his fight against Lopez and tonight, all of his hard work paid off when he knocked his opponent out in the 6th round.

Andre Berto knocked down Josesito Lopez twice in the sixth round Friday night, winning their welterweight bout by stoppage.

Lopez (33-7) got off to a strong start in front of his local fans, but didn’t recover quickly enough from his second knockdown for referee Raul Caiz Jr., who ended it. Lopez and his corner were infuriated by the stoppage.

The main event was an encouraging performance for Berto, who struggled with injuries while losing three of his previous five fights and falling from the sport’s heights.

Lopez looked sharp early against Berto, whose relative immobility made him easier to hit. Berto showed off his power and hand speed in a good third round, doing damage around Lopez’s right eye.

After staggering Lopez early in the sixth round, Berto connected with a right hand to the temple and sent the taller Lopez sprawling. After beating the count, Lopez went down again in another corner and Caiz immediately stopped the fight.

Lopez and trainer Henry Ramirez argued vociferously against the stoppage, but Berto leaped onto the ropes to celebrate a win that could put him back in contention for big-money bouts. 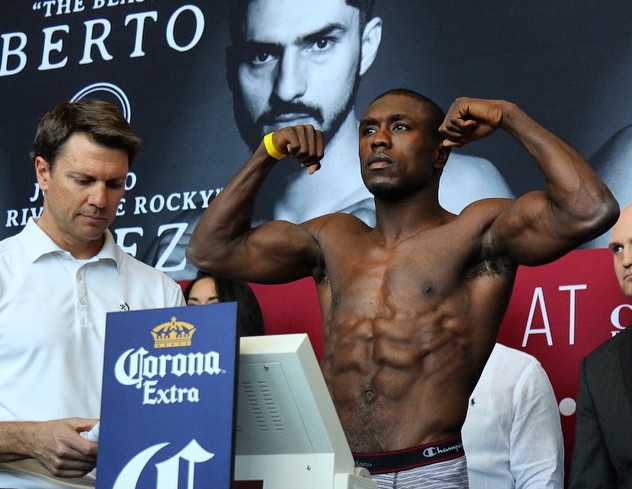