I first learned about this beautiful princess a few months ago when Nicki Minaj and basketball player John Wall posted about being her number one fans. At the time, 6-Year-Old  Miyah Telemaque-Nelson Loses Battle With Cancer year old Haitian-American Miyah Telemaque-Nelson  who was battling cancer was doing well and recovering.

Sadly on Monday Morning, Miyah lost her battle to cancer.

Monday night, the Washington Wizards defeated the Boston Celtics in double overtime thanks in part to John Wall’s 26-points and 17-assists but that isn’t the only thing that gained Wall some new fans last night. During his post-game interview Wall explained that this was an emotional game for him. John Wall lost one of his biggest fans, 6-year old Miyah Telemaque-Nelson, to cancer. According to the @cureformiyah Instagram page ran by Miyah’s mother, Miyah battled with cancer 3 times. She was diagnosed with Burkitt’s Lymphoma last year. Wall plays with Miyah’s name written on his sneakers each game and last night was no different. During the game he had RIP Miyah written on his sneakers. He also states he will be donating his uniform to Miyah’s family.

John Wall and Miyah’s relationship goes a long way. Since finding out that his young fan was ill John has met with her, face time and talks to her often, and even assisted her in starting a campaign to meet her favorite rapper, Nicki Minaj.

Our condolences and our prayers go out to Miyah’s family. 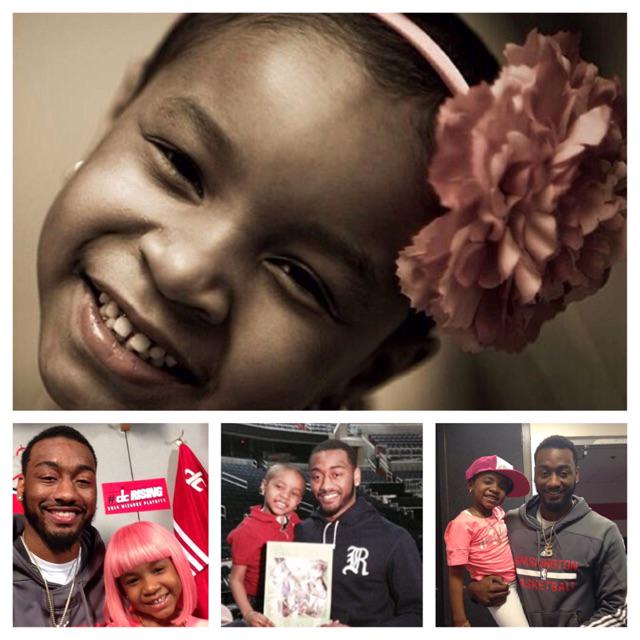