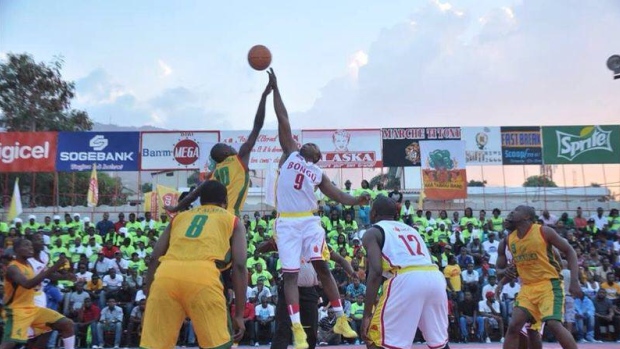 Haitian basketball team Haiti Bongu was invited to play at the Haico World Indigenous Basketball Challenge, but the players have been denied visas to enter Canada.

On June 8, Coach Sebastian Petion received an email from a Canadian official in Port-au-Prince, suggesting the Haitian team may not qualify for visas. In the email, the official cited poor economic conditions in Haiti. The email was signed by Gary Hawkes, the Canadian immigration program manager in Haiti.

“The fact is that there is a strong probability, based on the information before me, and based on the extremely poor country conditions existing in Haiti, that visas will NOT be approved in these circumstances,” Hawkes wrote in the email. “You should also be aware that no refunds may be made even when visa applications are refused and so there is evidently a strong financial risk in the team moving forward with visa applications.”

Despite the discouraging email, Petion went ahead and applied for the visas in July.

A team of Haitian athletes invited to play in an international basketball tournament in Burnaby B.C. has been denied visas to travel to Canada, their coach says. Sebastian Petion said Canadian officials in Haiti told him earlier this week his players posed a flight risk if permitted to travel to Canada for the tournament. The tournament starts today at Simon Fraser University’s Burnaby, B.C campus.

In an interview from Haiti, Petion said the news was shattering, and his players are devastated.

Petion said he was told the players couldn’t provide enough documentation to satisfy Canadian officials that team members would return to Haiti, an impoverished Caribbean country, which was further devastated by an earthquake in 2010.

“And I think that’s the reason they didn’t give us the visa.”

Petion said his players have been practicing for months to play in the HaiCo World Indigenous Basketball Challenge, in Burnaby. Petion said basketball has provided an outlet for the players. The tournament invited more than 15 teams from around the world to play in the tournament, including Haiti. Canadian organizers launched a fundraising campaign to pay for the Haitian team’s travel expenses to Canada.

“It’s hugely disappointing,” Wahl said Wednesday. “At this point we’re just too busy to process it.”

Petion said his players were training hard for the B.C.tournament. And he disagreed they were a flight risk. The players, age 17 to 28, are like superheros in Haiti.

Teams from Western Canada, the U.S.,  Africa and the Caribbean are scheduled to play. – Continue Reading Here