In just a few hours, 19-year-old Haitian-American Brooklynite Richardson Hitchins will make his Olympic debut on what he calls the world’s largest stage, and compete for Haiti’s first Olympic medal in boxing. Haiti has won only two Olympic medals, one silver, and one bronze, and nothing since Silvio Cator was second in the long jump in 1928 in Amsterdam.  Haiti has never won a boxing medal in the Olympics.

“Me and my coach had been talking about it for a while,” Hitchins said of representing Haiti and not the U.S. “He told me I should do it, but I was like, ‘Nah, man. I want to qualify for the U.S.’ But once I’ve seen all the attention I started getting and how much better it felt qualifying for Haiti, I said, ‘Yeah, let’s do this.’ ” – Yahoo sports reports,

While we cheer Hitchins on, we also have Haitian-American boxer, Andre Berto to thank for supporting the Haitian athlete’s dream to compete for our country.

According to Yahoo Sports,

That Hitchins is even in the Olympics is thanks to the generosity of former world champion Andre Berto, who represented Haiti 12 years ago. In 2004, Berto was the favorite to make the American team but was disqualified after throwing Juan McPherson to the canvas in what was regarded as a flagrant foul.

Berto’s publicist is Julie Goldsticker, who also does public relations for USA Boxing. She told Berto about Hitchins, and though the two hadn’t met, Berto paid for Hitchins to fly to Azerbaijan in June for a qualifier in order to help Hitchins make the Haitian Olympic team.

“I didn’t know him at all, but I guess through his connection with Julie, this happened,” Hitchins said. “He really took Julie’s word for it. The type of person he is, he did it out of generosity and said, ‘All right, I’m going to give this kid a shot.’ He’s making a dream come true. And I hope to do that for a kid one day, too.”

But Hitchins wasn’t certain after being eliminated in the U.S. Olympic Trials that he wanted to go to Azerbaijan and try it again for Haiti.

“Julie told me to go out there, and ‘do you,’ and everybody else was convincing me [to go to Azerbaijan],” Hitchins said. “My friend, Shakur [Stevenson, a bantamweight on Team USA], my coaches, everybody, they were convincing me. I was ready to turn pro. 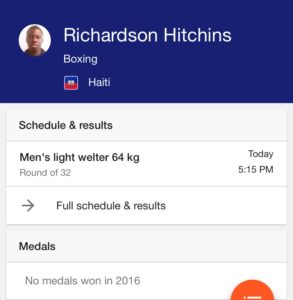 It would have been great, he said, to win a medal for the U.S., where he was born and raised. But he would have been just another medalist in a long line of American boxing stars. For Haiti, he’d become an instant legend.

Hitchins dreams of being the first Haitian boxing medalist and, in a way, paying back Berto’s kindness.

“It would be for him, but not just for him, for all of Haiti,” Hitchins said. “This would be special to the people in my country. I know I can do it. It’s in my mind and I can see it. All I have to do is go out there and perform.”

The U.S. hasn’t won a gold medal since 2004, when Andre Ward took the light heavyweight gold in Athens. There would be a bitter irony if Hitchins won the light welterweight gold, a U.S.-born and raised boxer winning the gold for another country. Hitchins smiled at the notion. – Continue Reading on Yahoo Sports

While gymnastics, swimming & track & field soak up the majority of tv airtime, boxing will not be televised  so you’ll have to stream the fights. You can watch online or on your smartphone on NBC Sports, simply download the app to watch the fight tonight at 5:45pm est. 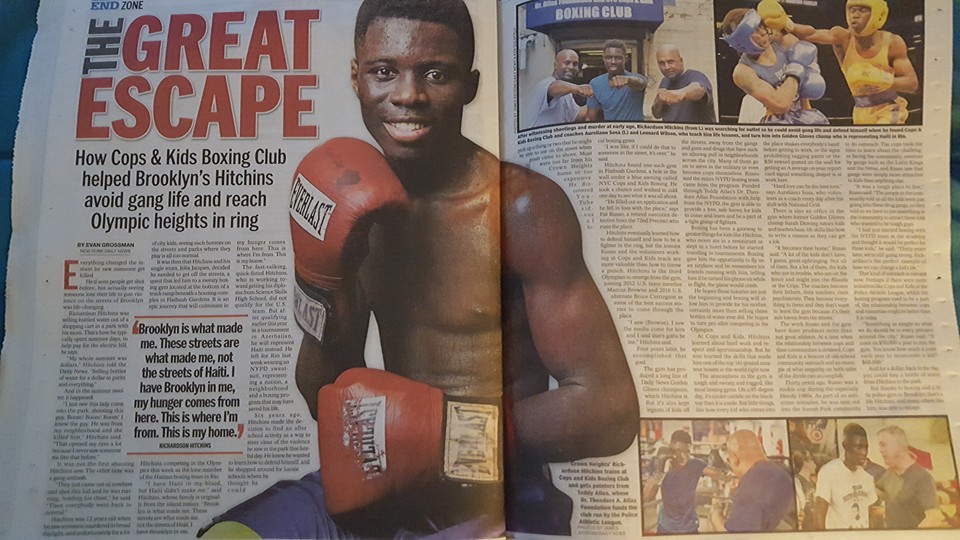 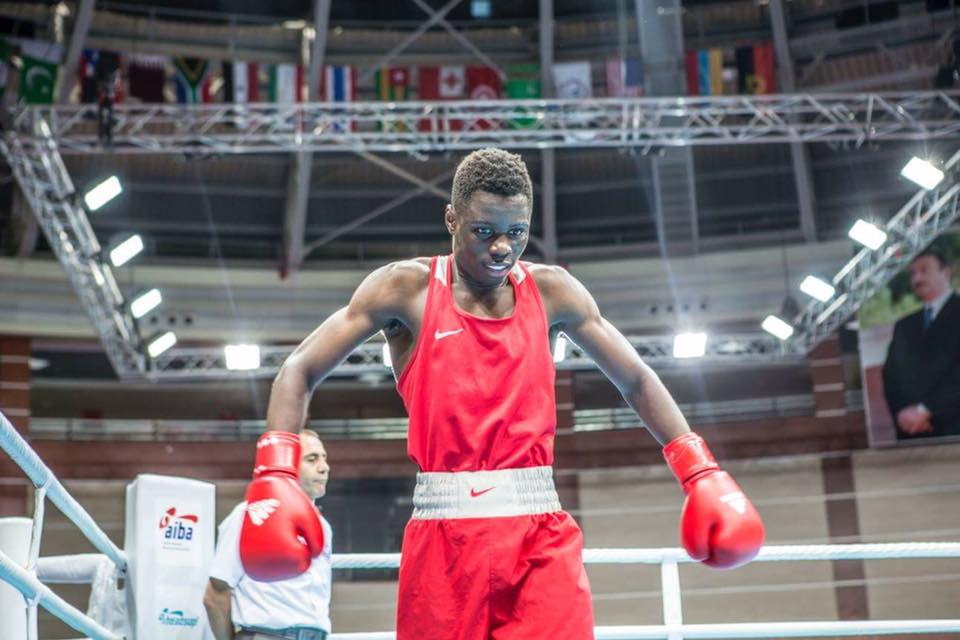 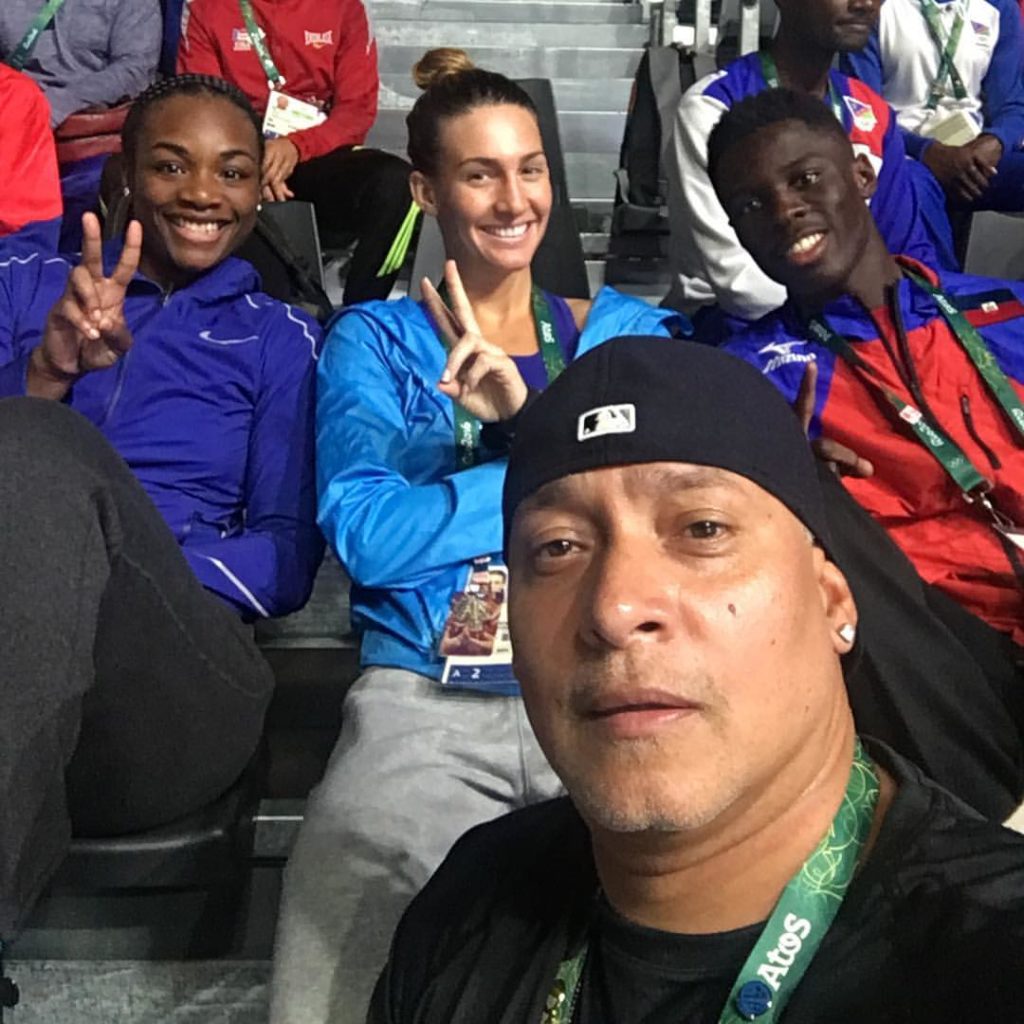