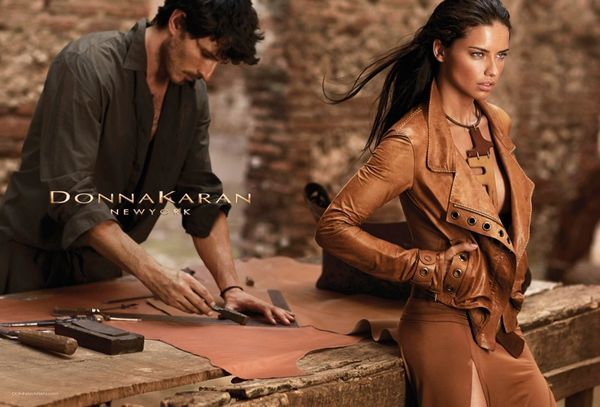 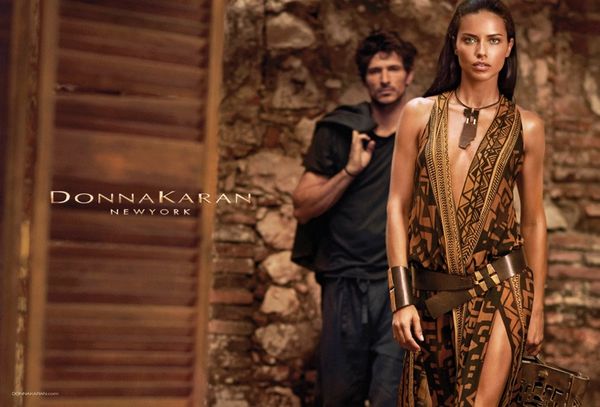 Shot on location in Haiti, the Donna Karan SS14 ad campaign embraces the rustic surroundings by portraying a seductive storyline and tribal styling. Granted, the fashion strongly leans towards the tribal, boho look even without the exotic locale. Not to mention that top model Adriana Lima’s sun-kissed skin and dark features are very Amazonian. The Donna Karan SS14 ad campaign was lensed by photographer Russell James, who concentrated on accentuating the bronze color of the sand and the Brazilian beauty’s skin. Starring alongside male model Andres Segura, the brunette stunner is captured staring sultrily into the distance with her steel-blue gaze, giving Zoolander a run for his money. Overall, the Donna Karan SS14 ad campaign will have people dreaming about sexy ensembles and hot suns this winter.