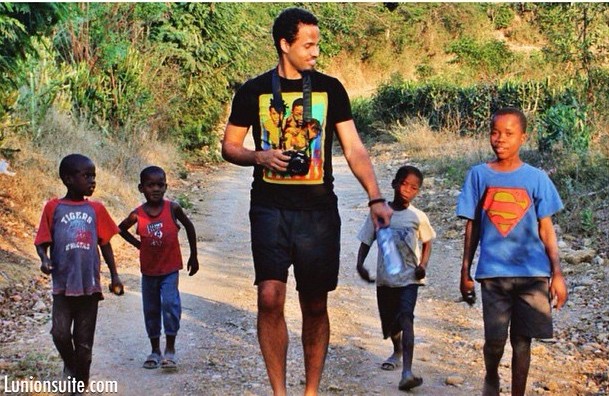 It’s always exciting to hear about Haitian-Americans who have found a way to give back and help our country. In a new interview posted by Ebony Magazine, former MTV VJ who quit his job back in 2006 talks about his focus on making clean water accessible to everyone in Haiti, his Generosity.org’s mission, and how giving back can improve your life. “It’s really not a cliché.

Here are some excerpts from the interview:

Quddus Philippe is best known for his past work on MTV as one of the channel’s prominent personalities, hosting what was then the biggest music countdown show on TV—Total Request Live—for five years.

“In the back of my mind, I was always thinking there has to be more. I knew I wanted to make a real substantial change,” says Philippe. In 2006, his need to bring on that change led him to quit his job. “There was so much that I wanted to explore.” Philippe spent years working in A&R. But it wasn’t until his current gig as director of partnerships at Generosity.org (an organization whose main objective is to provide clean water by building wells in countries in dire need) that he achieved his lifelong humanitarian goals.

EBONY: At what point in your career at MTV did you begin to feel less fulfilled with what you were doing?

Quddus: I think it’s pervasive, actually. [laughter] We did quite a bit of social impact work, but not nearly to the extent I desire to make. So I think while a lot of fun was happening, in the back of my mind I was always thinking there is more. I think it’s one thing to create a fun, stress-relieving program for someone, and it’s another to get to the root level of the stress. That’s what I became fascinated and interested in.

EBONY: Tell us about your work with Generosity.org.

Quddus: What I’m doing with Generosity.org is so incredible because we are really dealing with a major issue globally. It’s killing more people in the developing world than AIDS and war and famine combined. It’s really something that called to me.

I took a trip in 2012 to Haiti, where I got to intimately connect with the people in a way that I hadn’t before. I got to understand that they are so worthy of getting some support, and not as a means of handout, but rather a hand-up, partnering with them and letting them have ownership. I really like how that works at Generosity.org. I ended up becoming a board member for a couple of years. That led me to the opportunity of director of partnerships.

EBONY: So many of us are skeptical about donating money to different organizations, for fear the money will never get to those who need it. Last summer, the Red Cross was accused of a string of failures in Haiti having to do with the billions they raised for the island following the earthquake in 2010 while only a handful of homes were rebuilt. What’s interesting about Generosity.org is how transparent the donation process is.

Quddus: The process is very transparent. When I made my first donation, I knew which country I was donating my money to. That is the first step. Once we partner with a local organization on the grounds, we have an implementation arm in Haiti. Once they decided with the community where they wanted the well to be built, I got an email notifying me they were in the planning stages. There was the community that was impacted and the partnering organization building the well. I was back in Hollywood being given a very clear picture of where my money was going.

I felt very confident with that donation. When the well was built, I was notified: this is how many people are getting clean water. It was 500! Generosity.org invited me to visit my well, but I couldn’t make it. They sent me a video of the community and the well. I was seeing these smiling faces and I was blown away.

EBONY: Was your trip to Haiti in 2012 the catalyst to your present work in Haiti? Was that your first trip to the island?

Quddus: The first time I was in Haiti was with my father when I was 15 or 16. It was a trip he made every year with the Association of Haitian Physicians Abroad. There are a lot of different moments and events that led to me doing this, but certainly going to Haiti in 2012 was one of them, the most pronounced one. I met so many passionate people who don’t have the resources to live their best life. Having that experience firsthand really did mean a lot to me.

EBONY: Being that your father is from Haiti, does it make the work you are doing there more significant?

Quddus: It does. It’s personal at this point. It is his place of birth and where he grew up. I do have an intimate appreciation for the culture and people. I want to do the best I can do to make a difference there. My mom graduated from college, and she thought, “I’m going to go to Haiti and figure out how to build a school.” She was this idealistic young woman from Canada and she decided to go to Haiti. She figured out how to partner with people and identify where the need was. My father was a dentist there. They met and fell in love. Haiti plays a big part in my personal story. 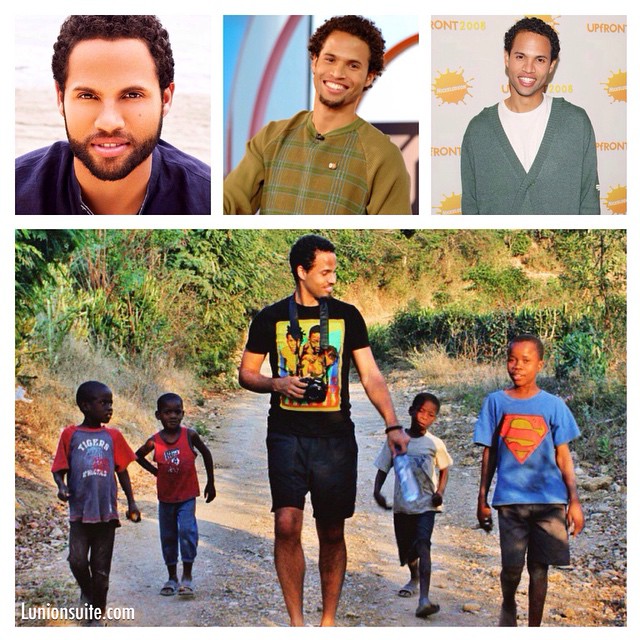