Its Haitian Heritage month and  I wanted to highlight a few prominent  Haitian American athletes you may not have known are Haitian. If you know of any additional prominent missing on this list, let me know and ill be happy to update the site. First up is Pierre Garcon, he is one of the most vocal Haitians athlete I know, wearing and flashing his flag as much as he can and speaking about the love for his country.

Pierre Andre Garçon is an American football wide receiver who plays for the Washington Redskins of the National Football League (NFL). He was drafted by the Indianapolis Colts in the sixth round of the 2008 NFL Draft. He played college football at Mount Union College. 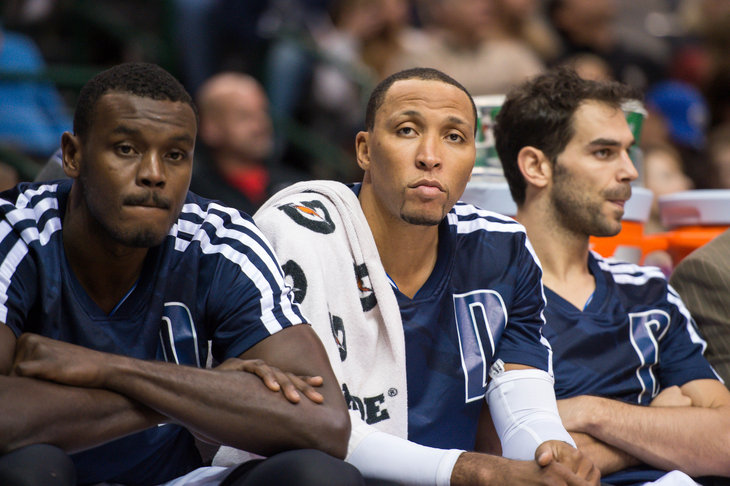 Samuel Davis Dalembert  is a Haitian-Canadian professional basketball player who currently plays for the Dallas Mavericks of the NBA. He played college basketball at Seton Hall University. He is known for his excellent shot blocking ability; he has averaged about two blocks per game over his NBA career, placing him among the league’s elite in this category. Dalembert was born in Port-au-Prince, Haiti and lived there for fourteen years before moving to Montreal. He attended high school at St. Patrick High School in Elizabeth, New Jersey. He then went on to play college basketball at Seton Hall from 1999 to 2001. 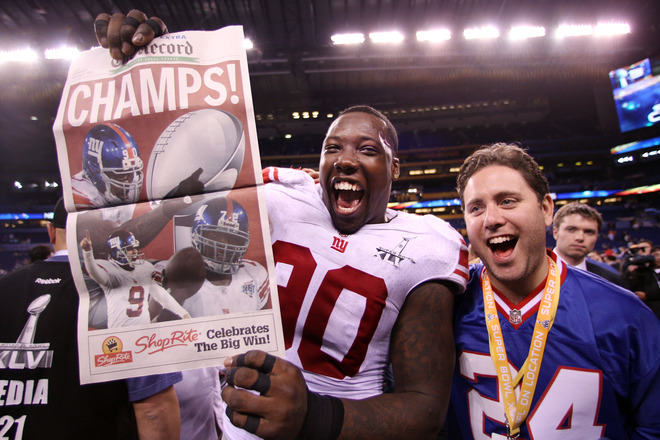 Jason Andrew Pierre-Paul born January 1, 1989, nicknamed JPP, is an American football defensive end for the New York Giants of the National Football League (NFL). He played college football for the University of South Florida and was picked by the Giants in the first round of the 2010 NFL Draft. Pierre-Paul was born in Deerfield Beach, Florida to Haitian immigrants who arrived from Haiti in 1983. At Deerfield Beach High School, Pierre-Paul lettered in basketball for four years. After a serious leg injury while playing basketball, he took up football his junior year. – source

The 6″5 Jason Pierre-Paul didn’t start playing football until his junior year at Deerfield high school, after a leg injury sidetracked his basketball career. In 2012, at 23, he’s was one of the most important parts of a resurgent Giants defense which crushed opposing offenses during its run to the Super Bowl and went on to win Super Bowl XLVI.  During the superbowl, Pierre-Paul racked up 86 combined tackles and ranked fourth in the NFL with 16.5 sacks, earning him the only Pro Bowl selection on the Giants defense,

Read Jason’s story and his blind father’s journey to the Superbowl to watch him play  here.

Elvis Kool Dumervil is an American football outside linebacker for the Baltimore Ravens of the National Football League (NFL). He played college football for the University of Louisville and was recognized as an All-American. He was drafted by the Denver Broncos in the fourth round of the 2006 NFL Draft, and has been selected for the Pro Bowl three times. Dumervil was born in Miami, Florida. His parents were Haitian immigrants to Miami’s Little Haiti neighborhood. Separated when Dumervil was 3, they raised a total of 10 children. He attended Miami Jackson High School, and played for the Jackson Generals high school football team. Rated among the top 25 defensive ends by most football recruiting publications, Dumervil had a Jackson High record 78 career sacks. – source

Andre Michael Berto born September 7, 1983 is a Haitian-American professional boxer. Berto is a two-time Welterweight champion. Raised one of seven children in Winter Haven, Florida, Berto was introduced to boxing by his father after getting beat multiple times by him. Dieuseul, who competed professionally in mixed martial arts and taught the sport to Berto at a school in Winter Haven. For Berto, the sport of boxing became a solace to stay out of trouble. His brother, James Edson Berto, is a professional mixed martial artist. Berto is often called “Mike”, his middle name. – Source

Olden Polynice is a Haitian former professional basketball player. He played center for the Seattle SuperSonics, Los Angeles Clippers, Detroit Pistons, Sacramento Kings, and Utah Jazz of the National Basketball Association. After graduating from All Hallows High School in the Bronx, Polynice played college basketball at the University of Virginia. After three years in college and playing with Serie A’s Hamby Rimini in 1986-87, he was selected 8th overall by the Chicago Bulls in the 1987 NBA Draft, but was immediately traded to the Seattle SuperSonics for Scottie Pippen. Polynice then arrived in Detroit in 1992 after being traded by the Los Angeles Clippers and departed two years later when he was traded to the Sacramento Kings for Pete Chilcutt and two draft picks. – Source

The youngest of four children of a Haitian-American family, Altidore was born in Livingston, New Jersey and raised in Boca Raton, Florida. He enjoyed playing soccer from the time he was a boy. Altidore played for various South Florida youth teams such as Boca Raton Juniors Soccer Club, Schulz Academy and Sunrise S.C while also spending time training with the under-17 national team at the IMG Academy in Bradenton. – Source

Born Dec. 15, 1986, in Haiti … emigrated from Haiti as a youth … guardians are Don and Edna Settles … majoring in child, adult and family services … given name is Vladimyr Smith.

Clifford Samuel Avril is an American football defensive end for the Seattle Seahawks of the National Football League (NFL). He was born in Jacksonville, Florida and attended Clay High School in Green Cove Springs. He was Second-team All-State selection as a defensive end his senior season, after recording 80 tackles, including 11-for-losses, nine sacks and four pass breakups.Cliff Avril was born to Haitian parents and is a Christian. – source

Antonio Cromartie  is an American football cornerback for the Arizona Cardinals of the National Football League (NFL). He played college football for Florida State University. He was drafted by the San Diego Chargers 19th overall in the 2006 NFL Draft. He has also played for the New York Jets. Cromartie is credited with the longest play in NFL history, returning a missed Ryan Longwell field goal 109 yards for a touchdown on November 4, 2007. Cromartie was born in Tallahassee, Florida to Haitian American parents.

He was a versatile player at Tallahassee’s Lincoln High School. Throughout his senior season, Cromartie recorded 12 tackles and 2 interceptions, returned 3 punts and 2 kicks for TDs, had 450 yards and 1 touchdown on 30 catches and ran the ball 13 times for 242 yards and 3 touchdowns. This was enough to earn Cromartie 2002 USA Today defensive player of the year.Considered a four-star recruit by Rivals.com, Cromartie ranked sixth among cornerback prospects in the nation.Cromartie also participated in the 2003 U.S. Army All-American Bowl. – Source

Jonathan Polynice Vilma is an American football linebacker who is currently a free agent. He played college football for the University of Miami, and was selected by the New York Jets in the first round of the 2004 NFL Draft. Vilma has also played for the New Orleans Saints. Vilma was born in Coral Gables, Florida to Haitian immigrant parents. He attended G.W. Carver Middle School and later Coral Gables High School where he was a teammate of Pro Bowl running back Frank Gore. – source