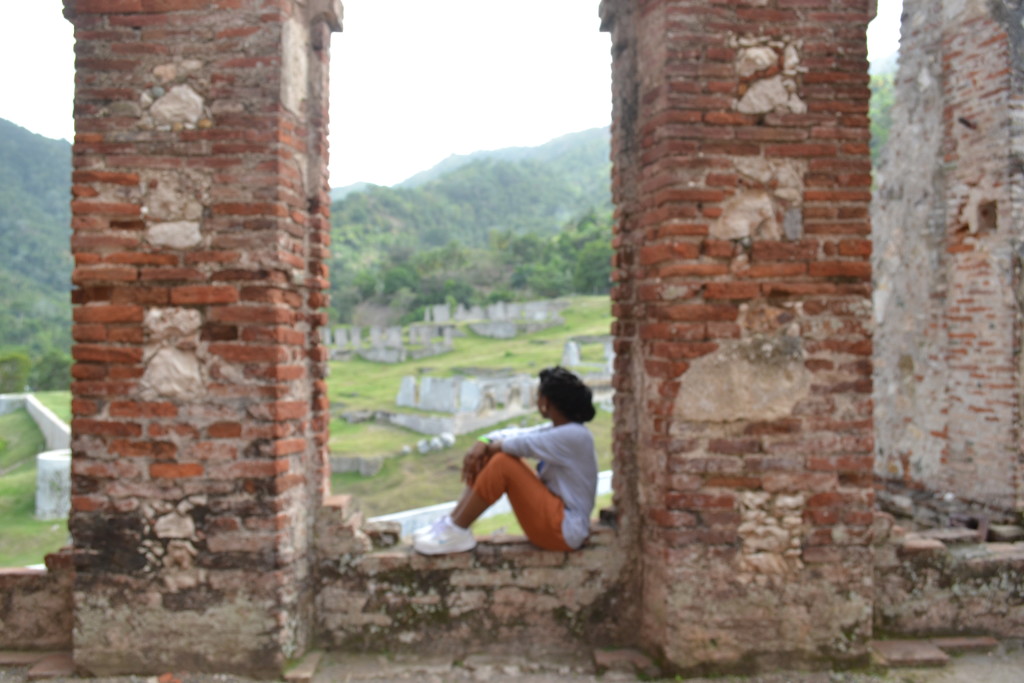 For the next five days, you’ll  have the opportunity to follow KORE Haiti and their group of medical students, professional students, and medical professionals via daily blogs post written by members of the mission trip in Cap-Haitien, Haiti.

“She didn’t pay me,” the shrill descended upon the courtyard seemingly from nowhere. Eyes shifted towards the noise assailant who stood fiercely erect with eyes agape. She appeared ready for battle, though I’m still not positive against whom. “We agreed on 3 for $5 but her, it wasn’t included” — a loose translation. Assessing her expression lead me to feel a mixture between frantic and fearful. She was pleading.

Let’s rewind slightly. Immersing ourselves headfirst into the Haitian culture is the first step of our transition from voyeur to patron (we’re here to serve). We took a lot of steps today; truly an understatement. Scaling La Monde de la Ramiers in Milot, Haiti’s acclaimed gem of a city, was no easy task. Unless you do it in style, on horseback and with 17 other individualistic “Med Squaders.” Then and only then is it kore worthy.

Beyond the numerous photo ops, the scenes were picturesque and idyllic: foamy waves broken upon stones, blending into the distant dream-like horizon and leading to the pristine sky blue waters. You have to respect the beauty of el mar. “Beautiful” and “Surreal” are words second-year medical student Josh used to describe what we witnesses. No wonder they drove out the French; they were prisoners in paradise just waiting to experience it.

A couple of trots and 18 coconuts later, we arrived at La Citadelle Laferriere. The top of the mountain was cooler than a Fresh Prince rhyme in the 90s. The jaw-dropping structure was built with sheer resilience, so much so that it refuses to fall even today. It is literally still standing centuries later. I can’t imagine marching atop rocks and through wooded areas carrying (wait for it) more rocks! It’s truly an inspiring sight if you haven’t experienced firsthand. And it was the backdrop for many photos during our visit. Everybody say “frommage!” Click.

The descent from the fortress was “smoove,” with a capital V, as one of our teammates would describe it. Our tour guide was impeccable or perhaps the subject matter was simply “enlightening,” as graduate student and Kore Chief Administrative Officer Cassandra explained. “It’s amazing learning my history,” she said. But now back to explaining my opening paragraph.

I know she was paid for the hat because I carefully watched the entire transaction. Somewhere I read that one shouldn’t combat words, but the feelings behind those words (I truly can’t remember where I read that). At that moment I paused and considered. Her anguish could not have simply stemmed from the potential loss of $2. But then I considered what that money may have meant: food for the day, feeding her children or maybe even paying for a medical bill. Her eyes were filled with determination – not hate nor anger, but resilience. She was bent on getting what she deserved or what she felt she deserved just as Henri Christophe was persistent in fulfilling his goal. It is this unmoved determination that makes Haiti what it is – The Pearl of the Antilles.

As I handed her a crisp five dollar bill (a little extra for the trouble), I had faith it wouldn’t be spent in vain. It was a lesson to us all: a misunderstanding can occur anywhere. But that wasn’t the silver lining. What does one do when it happens and can potentially put you in jeopardy? Do you lay down and accept the dire consequence or pull your pants up and go to bat? These are the people we aim to treat; culturally rich and perseverant enough to swing at a fast ball with a mere twig.

Tonight we closed with a meeting hinging upon what we aim to accomplish the following day: treating the people. Ocheline, an Emory medical student, explained that “The present is a reflection of the past”. This we can hope for, but I have no doubt this new found team will surpass expectations set by our predecessors. Until then kore’m frere.

**Fun fact for the day: the majority off all foods grown in Haiti are produced so naturally that there’s no such thing as an organic market.**