Although I missed the game today I am so very proud of my baby brother #20 Saurel Olrish seen above scoring Haiti’s first Goal in the game. Thank you for a job well done to all the team members and  with Jean Philippe Peguero for the great second GOAL! The Haiti team is truly making us proud!

Although it was a friendly, Haiti displayed great resolve by scoring two late goals to earn a draw against Italy with a score of 2-2. This was another disappointing result for Italy after Friday’s draw against Czech Republic in World Cup qualifying. Although the squad remains on top of Group B in UEFA, the lack of offense was certainly concerning. By giving up a late two-goal lead, the squad should be concerned heading into next week’s Confederations Cup.

For Haiti, this was another chance to improve on the international stage after providing a close match against Spain. Haitian singer Wyclef Jean is one fan who was certainly hoping for a nice result in this one: Although it was not a win, the underdog should be proud of the performance against one of the more talented squads in the world. The match itself did not take very long to provide some action. Antonio Candreva brought the ball out wide in the first minute and crossed it in front of the net. As the Haiti defense sat back and waited for the ball, Emanuele Giaccherini seemingly came out of nowhere to knock the ball into the net to give Italy a 1-0 lead. After some reviewing, it became clear that the goal was a new Italian record for fastest score in a match. The score came at 19 seconds, breaking Salvatore Bagni’s mark by a couple of seconds.

Unfortunately, the opportunities were few and far between for the next 44 minutes.  In the second half, the battle continued in the middle of the pitch, with neither side able to produce too many great chances in the final third. Finally, Italy was able to provide some more offense when Mario Balotelli entered the match. He beat his defender near the touch line and centered it to Stephan El Shaarawy, who hit it right to the keeper. Fortunately, Claudio Marchisio was in perfect position to get the rebound to score the second goal of the match for Italy. Of course, things did not end there. Haiti was able to get one goal back on a penalty shot by Olrish Saurel in the 85th minute. A few minutes later, the squad earned the equalizer with a fantastic goal by Jean Philippe Peguero.

The match ended with a 2-2 draw, which left the favorite shocked as it walked off the field. The Twitter account SoccerPro also described how incredible this result was: It is clear this is not the result that Italy wanted coming into the friendly.

Still, there is plenty of good to come with this match. While the match helped both sides work on their performances for the future, the event taking place in Brazil also was used to aid in the relief effort for Haiti following the 2010 earthquake. Christian Rizzitelli of Goal.com is a fan of the benefit: This is the type of thing that can allow everyone involved in the match to be satisfied in some way. 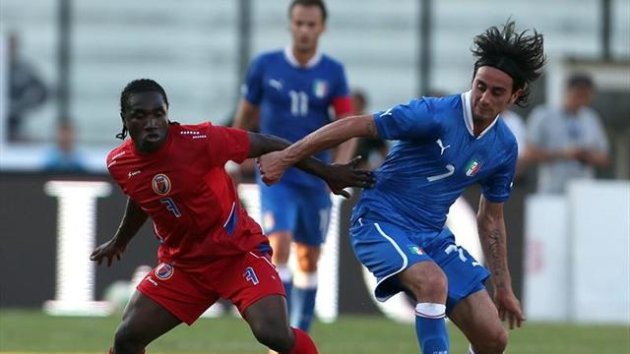 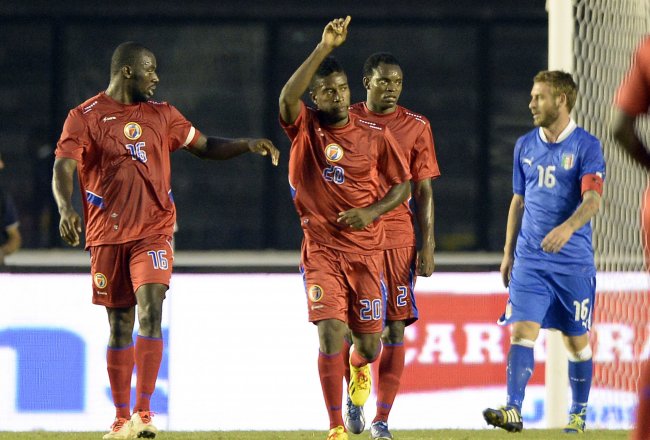