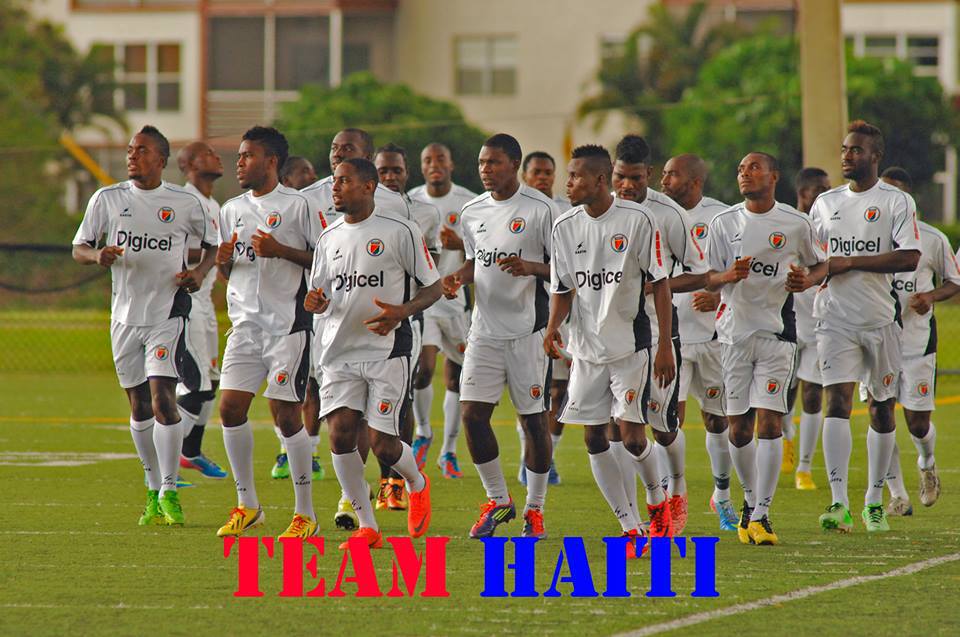 I’m not a big soccer fan, but my interest in the Haiti National Team was sparked when my brother Saurel Broyen Olrish joined the team a few years ago. Prior to the last few months, information about the team was usually communicated  between my  brother and I  via phone calls, it was rare almost never did I see anyone posting on social networks about the Haiti National team. But log into any social network today and I guarantee you’ll scroll through numerous post from friends showing support to the team and their recent games, all of a sudden pictures and videos about the National Team are everywhere.

It’s no surprise when it comes to Haiti, Haitians are always very proud and show their support for anything or anyone who represent the country,  but I’ve been following this team for years and this is the first year I’ve seen people this enthusiastic about them. After receiving a call from my very good Haitian American friend Chris Jacques, who also noticed the increase in excitement over the team, he went into detail about how we are cheering on the team yet most Haitians probably cant name two players on the team.

“The Haitian National Soccer team has begun to re-instill a sense of pride in the community! People are paying attention to futbol, becoming excited, emotional, and engaged in our rich soccer culture and heritage. In this respect we owe it to these players who are training, practicing, and competing at the highest level to at least KNOW WHO THEY ARE. They deserve the courtesy of us knowing the identity of the brave men following their dreams and bringing back a strong sense of pride and excitement to the Haitian community.” – Chris Jacques

Like any other sport, these guys work hard, travel, and put on a great game for their country,  and like Chris said, we owe them the respect of at least knowing their names, especially the ones who are scoring the points. Thank you for the motivation conversation Chris and on behalf of  the team and its players, here is all the information I could find about the team and the players. 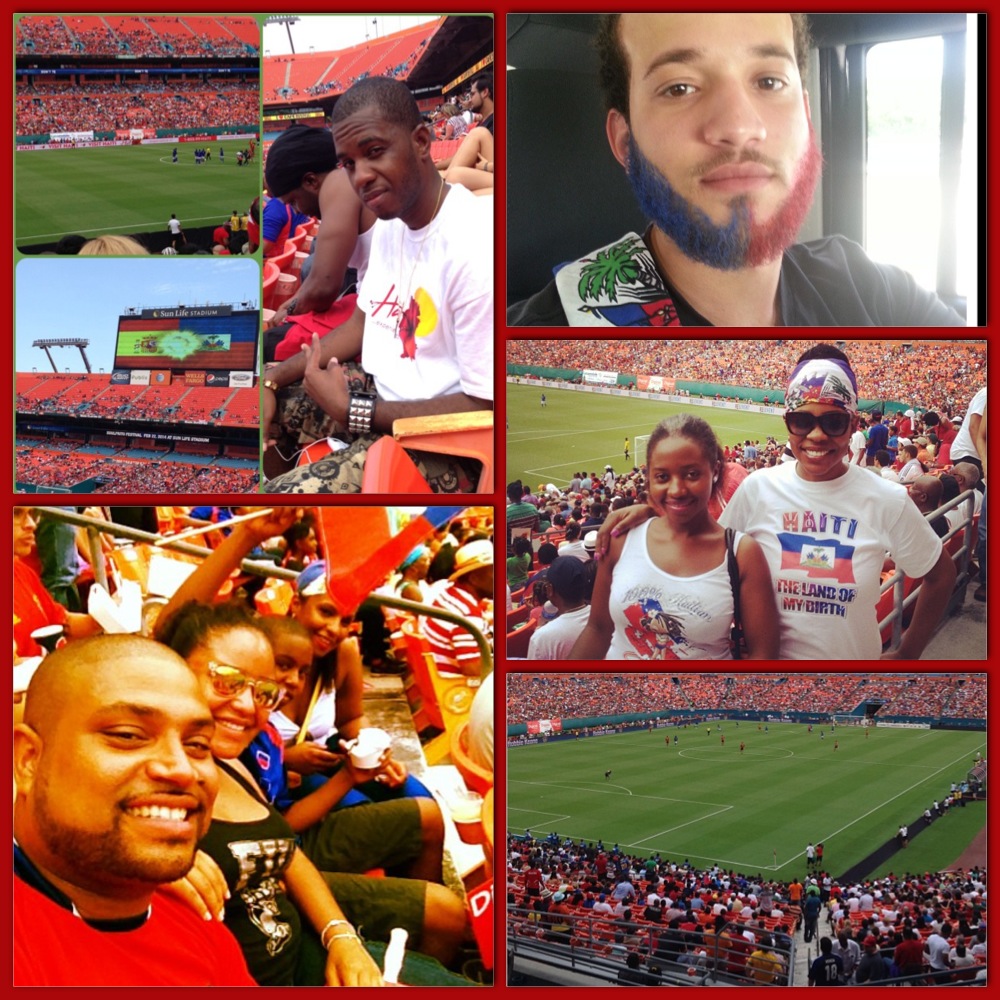 Historically, in Caribbean football, the Haiti national football team have a good standing. They are one of the few smaller island nations to actually make it to a World cup finals competition. In 1974 Haiti made it to the World cup held in West-Germany after coming through a tough qualification campaign. Their group proved to be tougher still as they were drawn alongside Italy, Argentina and Poland. Haiti as a country is known worldwide for the wrong reasons. It is a country that has been deeply affected in recent history by natural disasters. In 2004 the country was hit by a hurricane and in 2008 it was decimated by four tropical storms in the space of four weeks. Unfortunately worse was still to come as in 2010 the country was hit by a magnitude 7.0 earthquake. It was the most severe earthquake to affect Haiti in 200 years. In football terms it was believed that thirty players, coaches, referee’s and medical staff with links to Haitian football lost their lives. Another twenty were feared buried in the ruins.

The Haiti national football team (Haitian Creole: Ekip foutbòl nasyonal Ayiti, French: Équipe d’Haïti de football) represents Haiti in association football and is controlled by the Fédération Haïtienne de Football, the governing body for football in Haiti. Haiti’s home ground is Stade Sylvio Cator in Port-au-Prince and their head coach is former Cuban International Israel Blake Cantero. They have made one appearance at the FIFA World Cup, in 1974, but were beaten convincingly in the opening qualifying stages by three of the pre-tournament favorites; Italy, Poland, and Argentina. Their most recent achievement was in 2007, when the national team won the 2007 Caribbean Nations Cup. 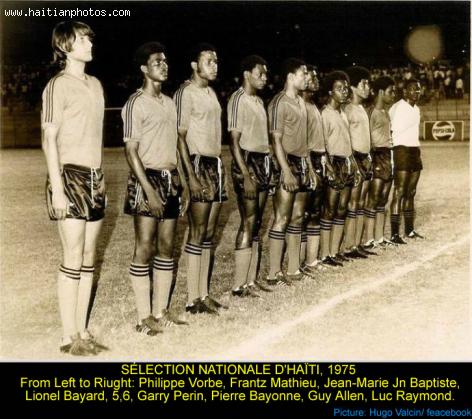 Here is a picture of Haiti National team in 1974. This is what many would call Haiti Dream Team, the 1974 World Cup team. Haiti’s coach was Antoine Tassy. He was also the team’s trainer as well as being the country’s Director of Sport.

Haiti has one of the longest football traditions in the Caribbean and was an early participant in World Cup qualifying. Throughout the 60s, and 70s, Haiti’s footballing status in the region remained very strong, being considered the third strongest team in CONCACAF after Mexico and arguably Costa Rica. The strength of the national selection ultimately culminated in Haiti’s first ever World Cup appearance in 1974, in which they surprised the world in their opening goal against a considerably stronger Italian team. The island nation has produced many talented star players over the years. The period from the mid-1960s to mid-1970s could be considered a golden age for Haitian football. With Antoine Tessy as coach for much of this period, Haiti would emerge as one of the strongest teams in the CONCACAF zone, being pooled with other regionally strong football nations such as Mexico and Costa Rica. By 1965, players like Henri Francillon, Philippe Vorbe, Renold Jean Francois and Guy St-Vil were already playing in the team and would be stalwarts of the side in the coming years.

The team developed sufficiently to reach the final round of qualifying for 1970, where they faced El Salvador. After losing the first leg at home, Haiti pulled off a 3–0 win away but the rules of the day dictated a play-off on neutral ground which El Salvador won to secure a place in the 1970 FIFA World Cup. In the 1974 qualifiers, Haiti once again reached the final round in a qualifying tournament completely played at home. This time, with all odds on their favor, they would top the group and qualify for the 1974 World Cup. In West Germany, they would be drawn in an extremely tough group with Italy, Argentina and Poland. However, they surprised the football world in their debut game when star forward Emmanuel Sanon scored to give Haiti a lead over Italy, at the same time ending Dino Zoff‘s still standing record run of 1142 minutes without conceding a goal in international matches. They eventually lost 1–3, and would lose to Poland (0–7) and Argentina (1–4).

Haiti would reach the final rounds of 1978 and 1982 qualifiers, but failed to make the cut. The years since have seen Haiti’s footballing status decline markedly. In recent years, the political situation in the country has led to numerous defections from members of the soccer team. The team has rebuilt somewhat through the Haitian diaspora in Miami, Florida, and some Haitian home games have been played in Miami in recent years. Haiti as of recently has been rising once again as a footballing power in CONCACAF.

In November 2011 Haiti was knocked out of qualification for the 2014 FIFA World Cup by Antigua and Barbuda under the leadership of Brazilian coach Edson Tavares. In 2012 Tavares was replaced by Cuban coach Israel Blake Cantero who lead the national team through the 2012 Caribbean Championship. The Haitian team finished 3rd in the Caribbean Championships warranting a spot in the 2013 CONCACAF Gold Cup. The following year Haiti would have a bad string of defeats against Chile, Bolivia, Oman and the Dominican Republic. In June 2013 Haiti bounced back from these shortcomings with a close 2-1 loss to reigning world champions Spain and an astonishing 2-2 draw with footballing powerhouse Italy, with goals scored by Donald Guerrier, Olrish Saurel and Jean-Philippe Peguero respectively. – SOurce 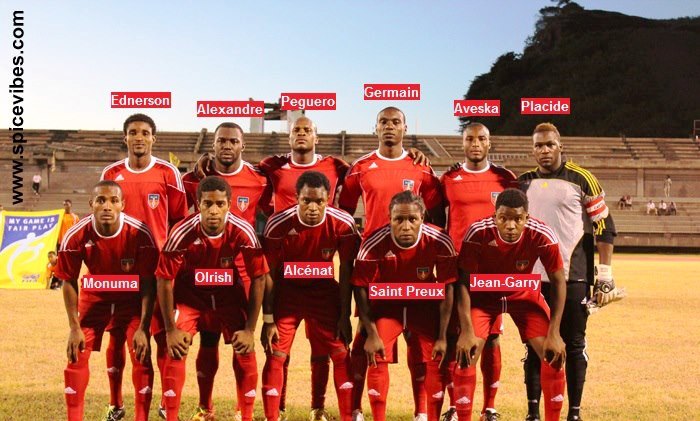 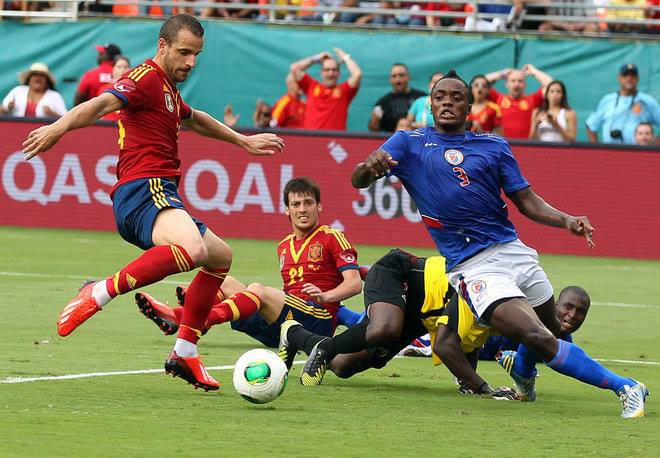 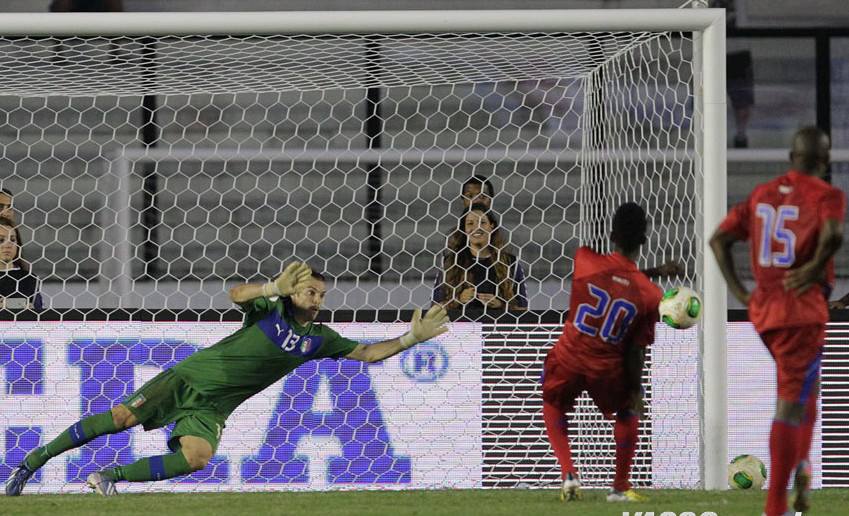 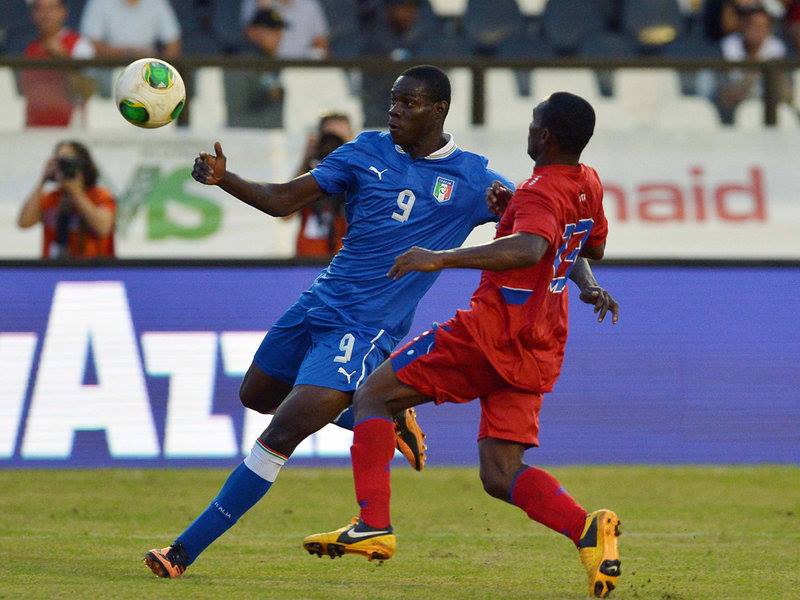 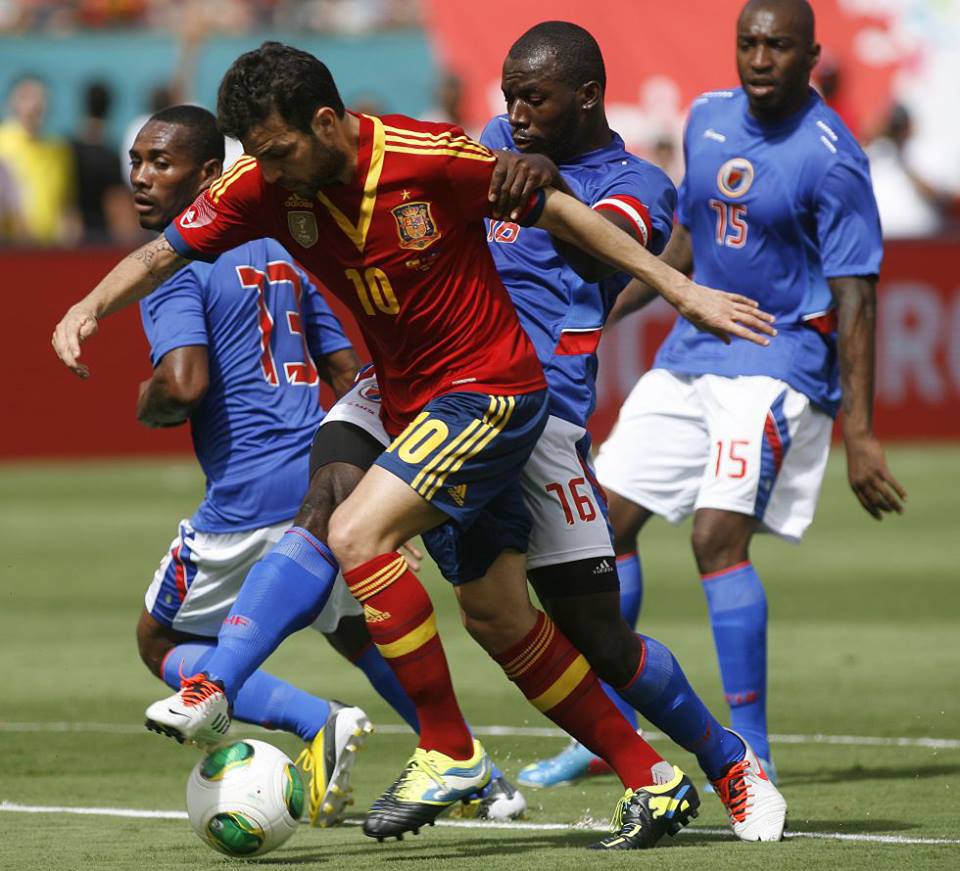