The Embassy of Haiti was filled with socialites, diplomats, art lovers, fashionistas, and tastemakers. All were present for the Bien Abyé “Les Jardins de la Mode” pop-up shop, which featured product from Haitian-American entrepreneurs. The event was the closing to D.C.’s first ever “Haiti Week” hosted by Ambassador Paul Altidor who gave the community a changed narrative to Haitian lifestyle.

“Les Jardins de la Mode” featured fashion apparel and accessories, home goods, and gourmet products. All created by entrepreneurs who share the common bond of excelling in their past careers and have now created businesses where their merchandise is sourced and /or inspired by Haiti.

Brands like Bien Abyé by Dayanne Danier, Artisans du Monde by Nathalie Tancrede, Deux Noirs by Eddy Albertini, Vetiver Les Cayes by Reginald Canal, and Zesa Raw by Michelle Jean were all on display for guests to enjoy and shop.

The afternoon began with guest gathering in the newly renovated courtyard of the Haitian Embassy while hearing interviews of each entrepreneur lead by former White House Liaison, Karen Andre. 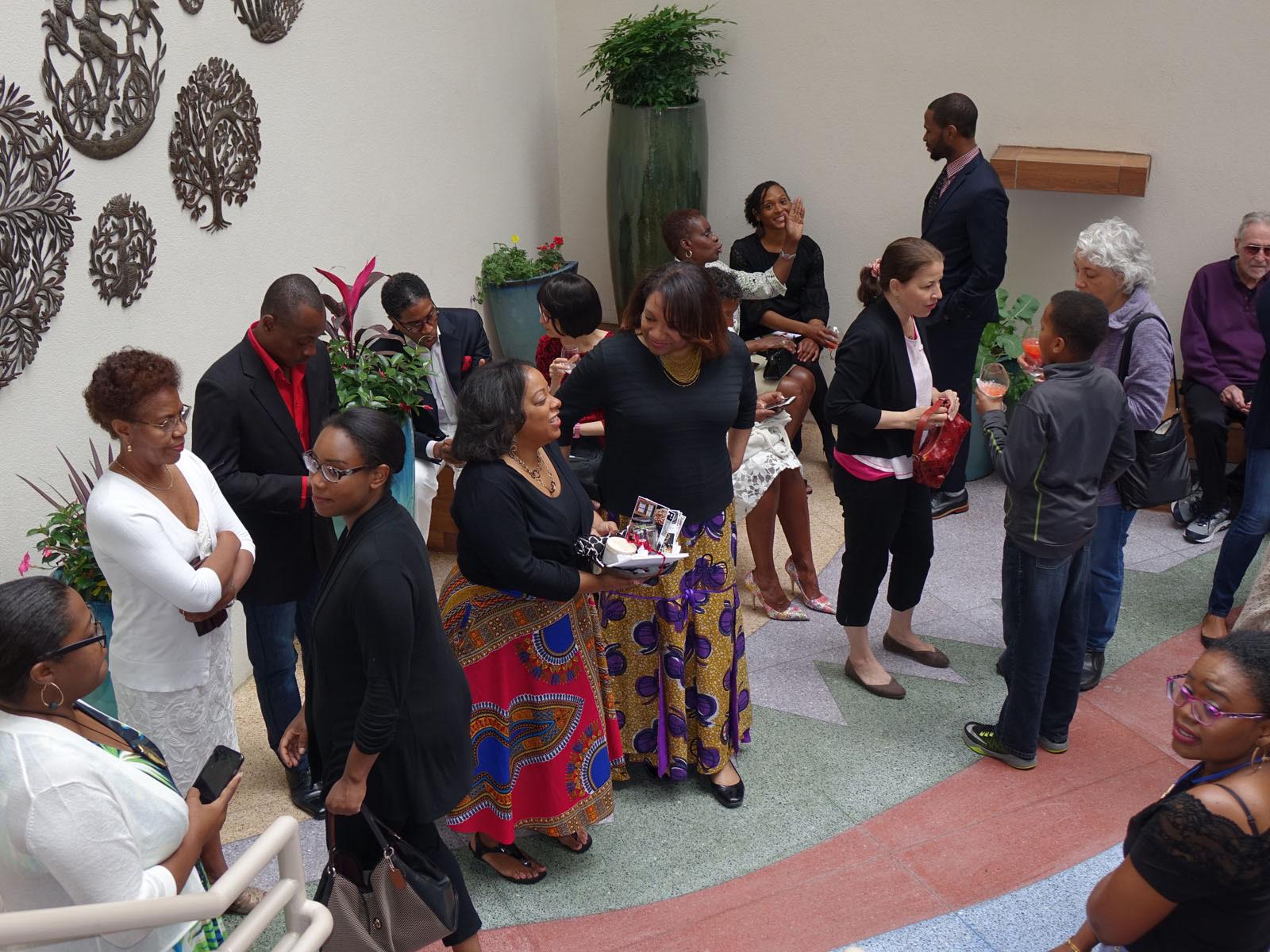 “Interviewing the vendors was inspirational because they each were the personification of excellence in their chosen professions. I felt such pride knowing that Haitians had made such significant strides in corporate America,” said Andre.

“As a consumer at the pop-up shop, the word to describe it is excellence. The displays, the quality of the products, the customer service-everything was top notch. I could’ve closed my eyes and been in any high-end boutique or department store in the world.”

This weekend’s pop-up was the second edition to a series of events which is the brainchild of fashion designer Dayanne Danier, in her efforts to expose other brands from Haitian-American entrepreneurs. Being hosted at the Haitian Embassy was the ideal venue and coincided with Ambassador Altidor’s mission of exposing the community to a more positive narrative of Haiti.

“The Haitian Embassy in D.C. was thrilled to have partnered with a talented group of Haitian-American entrepreneurs. This pop-up show, the first in a series, is in line with the mission of the Embassy to be a platform for Haitian-owned businesses to showcase their products,” stated Ambassador Paul Altidor.

“I am delighted that consumers from the D.C. area responded to our first pop-up shop invitation where they discovered and purchased quality products.”