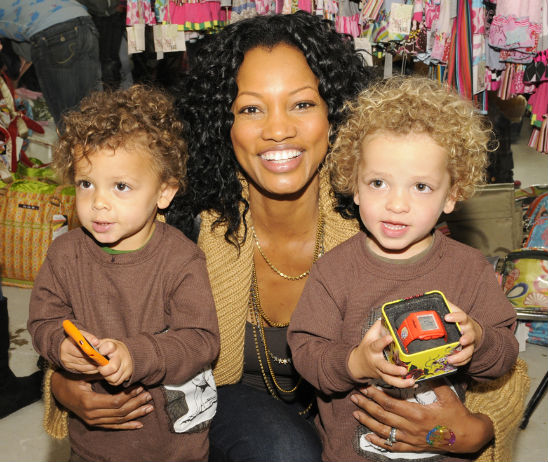 According to Clutch Magazine:

Haitian-born actress, Garcelle Beauvais, is coming out with her first children’s book next week called I Am Mixed. The book

tells the story of twins,  Jay and Nia, as they explore the thoughts and emotions of being of bi-racial.  The kids’ book is the first in line of a larger series called I Am. The next books will be  I Am Living In Two Homes about children of divorced parents and I Am Adopted.

“I didn’t want them to be asked why is your mommy brown and daddy white and not have them understand it themselves,” she said in an interview with Lifetime’s celebrity parents blog. “I wanted them to know that they’re the best parts of us put together. What I wanted most of all is for them to be proud of who they are and celebrate themselves.”

Beauvais also spoke about her own experiences growing up around kids

that were different from her.

“When I went to school

, I was the only black child, and the kids would touch my skin and feel my hair because they hadn’t seen someone like me,” she told parenting site Elizabeth St.“I never thought of myself as different until then.”

In a so-called “post-racial” society, Beauvais’ goal is to instill in her kids compassion for all types of people. “I want my children

to have compassion for all human beings regardless of race, age, or any other differences. Having respect is a big part of what I want to instill in them. And most importantly, I want them to be proud of what makes them who they are!”

I Am Mixed can be purchased on Amazon.