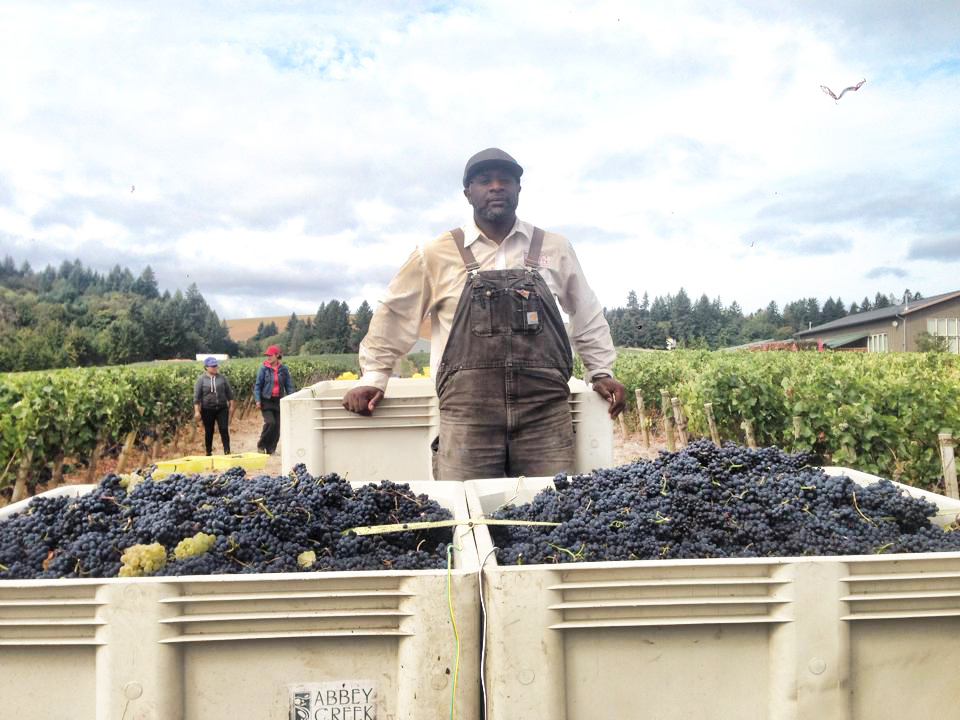 He’s tired and thirsty, but there is still too much work to do and there is no such thing as quitting time—especially for Bertony, Oregon’s first recorded Black winemaker.

Bertony is a partner at Abbey Creek Vineyard and Winery, and increasingly the spokesperson for other minorities in the Oregon wine industry. He is also the personal passion behind Red, White & Black. This is his vision, his mission, but one of all minority winemakers and those who work diligently to bring it to life. This is Red, White & Black a documentary that is currently in production and focused on telling these wonderful stories.

We reached out to Bertony and asked about his inspiration to get into wine making,

The passing of my father Bertony Faustin senior was my inspiration to do something that wasn’t the “norm” for us. He was the original hustler.

Bertony is also being cast on the first season of a wine reality show called Best Bottle being filmed in Oregon next fall.

All pictures courtesy of Redwhite-black.com