Haitian-American Fabiana Pierre-Louis made history in New Jersey as the first Black woman to serve on the state’s Supreme Court, with the full Senate voting unanimously on her confirmation Thursday.

“Today is a historic day, ” said State Sen. Troy Singleton, (D., Burlington). He said Pierre-Louis was uniquely qualified and “not just because of the color of her skin.”

Pierre-Louis, a 39-year-old attorney, the daughter of Haitian immigrants and a former federal prosecutor, was nominated by Democratic Gov. Phil Murphy in June to succeed Justice Walter Timpone. He was nominated to the court by former Republican Gov. Chris Christie in 2016 and will reach the mandatory retirement age of 70 later this year.

“Fabiana is an exceptionally talented attorney, and will now have the historic distinction of becoming the first Black woman to be seated on our state’s highest court. I am honored to have put her name forward and to see someone with a different set of life experiences and perspectives on our Supreme Court, a judicial body where New Jerseyans from all walks of life turn for justice,” Murphy said in a statement.

Pierre-Louis was the first person to go to law school in her family, she grew up in Irvington after her family moved from Brownsville, Brooklyn when she was 8. Her father was a New York City taxi driver who saved up to buy his own medallion, while her mother spent more than 20 years working at St. Vincent’s Hospital in Manhattan.

“Many years ago, my parents came to the United States from Haiti with not much more than the clothes on their backs and the American dream in their hearts. I think they have achieved that dream beyond measure because my life is certainly not representative of the traditional trajectory of someone who would one day be nominated to the Supreme Court of New Jersey,” she said.

Pierre-Louis is a partner in the Cherry Hill office of Montgomery, McCracken, Walker & Rhoads, specializing in white-collar crime and government investigations, according to the firm’s website. A graduate of Rutgers University Law School, she practiced for nine years in the U.S. Attorney’s Office for New Jersey, serving as an assistant U.S. attorney in Newark and later as attorney-in-charge for Trenton and then Camden.

“This nomination is truly a nomination of a lifetime for me,” she told lawmakers at a Judiciary Committee hearing earlier in the week. Accompanied by her husband, Robbie, and two young sons, she received a standing ovation after Thursday’s vote. 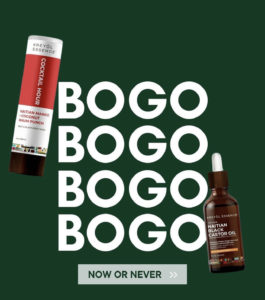