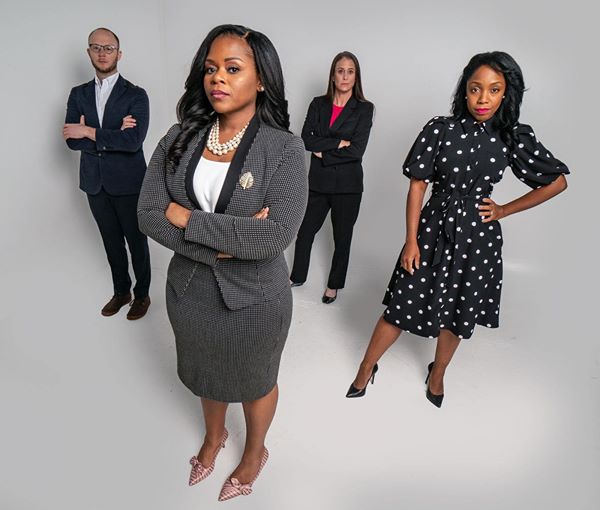 On August 8th, 2020, Sheila Cherfilus-McCormick (FL-20), Weiss (FL-21), Perelman (FL-23), and Olivo (FL-24) will face long-time sitting incumbents in the polls to give new voices and representation to the people of Florida. Now known as Florida’s Fab Four, the candidates decided to run and work better to champion better quality of life for all Floridians with a vision to create an equally healthy, safe, economically abundant, environmentally conscious Florida for all.

This collaboration is a historic moment. This is the first group of congressional candidates to team up to challenge incumbents who have occupied the seat for nearly 20 years. “Our districts share similar struggles. An issue in one area is an issue in all of our areas. Joining forces to address the disparities present in our communities made sense. A win for one is a win for all.” – says Sheila Cherfilus-McCormick.

The candidates are tackling the pressing issues surrounding rising costs and decreasing access to healthcare in the state, the immediate need for congressional reform, and the conversation surrounding systemic racism in the United States. All four candidates believed that these subjects were of paramount importance to discuss, preceding an election which will exemplify ideological differences within a single party. The candidates agreed that there was an urgent need to create congressional ethics reform through strengthening the purview of the Office of Congressional Ethics as well as the need to dramatically reduce the influence of special interests in congressional decision making.

With regard to healthcare, all the candidates expressed concern at the state of healthcare access in Florida and reiterated their commitments to pass a law ensuring Medicare for All, building upon the Affordable Care Act. They expressed the urgency for healthcare reform, particularly in light of the current circumstances regarding the growing COVID-19 crisis. Finally, the candidates collectively pledged their support to the efforts to end systematic racism in the United States. With specific regard to Florida, the candidates strongly denounced laws surrounding qualified immunity and Stand Your Ground. Each of the candidates also detailed their own individual priorities around this issue including common-sense gun control, community development programs, and police reform.

The candidates believe that these conversations are imperative to ensure that their districts are represented by individuals who have their best interests at heart. To that end, the candidates are available for comments and exclusive interviews. For additional information on their stance, please click here for a recent newsletter (insert link – recommendation: make the newsletter available on each candidate’s website to drive traffic). The candidates can be reached at their respective offices through the contact information below.

Mrs. Sheila Cherfilus-McCormick is a wife, mother, lawyer, and healthcare executive, who invested 20 years into building healthcare for Americans who need it most. She has spent the last decade lobbying on Capitol Hill to drive positive change in Health Care Reform. As the innovative CEO of a company that provides home-based continued health care, teaches families how to care for their loved ones, and provides vocational training in the medical field, Sheila has seen first-hand the hardship our families are experiencing without access to health care. Sheila was raised in Broward Country and during this pandemic, the love she has for the district would not let her sit by the sidelines and watch COVID 19 ravage our community. She has been on the front lines every day, providing healthcare assistance, economic relief, and feeding families. And now she is running for Congress. Read more.

Guido is the only Democratic candidate in his race who was born and raised in Florida’s 21st district. He grew up in Palm Beach County, and has four generations of family living here. Guido is also the first Congressional candidate in his district to refuse campaign donations from corporations because he believes in only being held accountable by the voters he represents. In 2015, Guido enlisted in the Navy Reserve from Delray Beach. Guido spent his first few years as an enlisted Sailor and later commissioned as an officer. Since 2016, Guido has worked in the United States House of Representatives as a Legislative Director. Guido has worked in pushing the needle forward on many issues during his time, including national security initiatives, indigenous rights, veterans’ health care, and environmental protections. Guido spent time studying in Russia, Jordan, and Israel to learn Russian, Arabic, and Hebrew. Read more: www.voteguido.com.

Throughout her career, Jen Perelman has always been a champion of the everyman, fighting for those whom the law fails to protect. Jen believes that congressional representation is a term of public service, not a decades-long career of entrenchment on Capitol Hill. As such, Jen’s campaign is based on public service, which she hopes will set a precedent around the country of putting one’s office before oneself. Guided by iron-clad principals, Jen seeks to uphold the values of honesty, integrity, equality, and community unity in every aspect of her personal and professional life. Whether connecting with Vets at a VA hospital, delivering food to public schools through a local mobile pantry, planting community gardens, or providing assistance to seniors with transportation and the like, Jen’s team will be there working to make our community a better place for all who inhabit it. Read more: www.jen2020.com.

Haitian-American Christine Olivo is running for U.S. Representative for Florida’s 24th Congressional District as a non-party affiliate. The seat is currently held by Democrat Frederica Wilson. A longtime youth advocate in North Miami, Olivo wants to see a change in her community. “This is a difficult time for our city and nation, people want real leadership that’s going to fight on behalf of everyone. I am the right person for the job,” she said. Olivo advocates for raising the minimum wage to $15, Medicare for all, climate change, immigration reform, and gun violence prevention. “There are far too many families living in our state without access to healthcare and living paycheck-to-paycheck without the certainty of when their next meal will be. I will advocate for creating sustainable and community-led projects that will take significant strides toward improving South Florida’s quality of life.” Read more at www.christineforcongress.com.