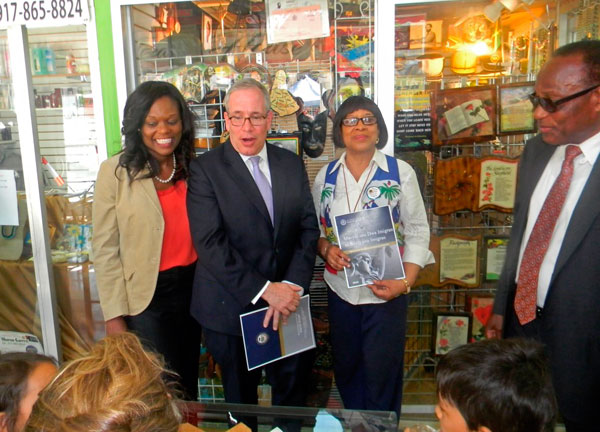 This is very exciting news for the Haitian community. It has become a lot easier for the Haitian community to access various information and services around the city. The immigrant rights and services manual has been translated into Haitian Creole. The manual will offer a roadmap to health and education services in all five boroughs. It also specifies recent legislation and policy changes such as ID NYC, the new municipal ID program.

“I am thrilled that the Haitian Creole-speaking community will now have its own edition of my IRSM,” Comptroller Stringer said. “All New Yorkers must have the tools they need to succeed in our city and this guide is an important recourse for our newest residents.”

According to Caribbean Life News

To ensure that the Haitian community is armed with resources they can understand, New York City Comptroller Scott Stringer has taken it upon himself to release the first Haitian Creole edition of the Immigrant Rights and Services manual.

“I am thrilled that the Haitian Creole-speaking community will now have its own edition of my ‘Immigration Rights and Services Manual,’” Comptroller Stringer said in a press release. “All New Yorkers must have the tools they need to succeed in our city, and this guide is an important resource for our newest residents, providing essential health, legal, social, and education information for all five boroughs. New York has welcomed and celebrated immigrant diversity for more than 100 years, and this manual is an important part of that tradition.”

The 70-page manual, which has now been translated into Chinese, Korean, Russian and Spanish, allows for immigrants to be made aware of public benefits, voting and civic participation and other government resources that could be difficult to understand if English is not the native language.

“Haitian Americans in the creole community didn’t just arrive here, they built this city. They are at the heart of the economic engine that makes it possible for everybody to succeed,” Stringer said. “To succeed, you need the tools and in a city this big information is power. That’s why this manual offers a roadmap to health, legal and education services in all five boroughs.”

Described as an ally by both Assembly Woman Bichotte and Council Member Eugene, both are excited to have a manual like this to better assist a large number of their constituents.

“Thank you so much Comptroller Scott Stringer for introducing such an important matter to the community,” Assembly Member Bichotte said. “I’m really honored to be working with Comptroller Scott Stringer who has been a friend not only to me but particularly for the Haitian community. He has recognized many of the contributions that members of the Haitian community have contributed to New York and thus he has also have elected to appoint people of his office who are Haitian Creole speaking like Camille Joseph. With this manual they can read it in their language Creole and English and I am so excited.” – Continue Reading Here