A few weeks ago Forbes magazine recently introduced readers to its 30 Under 30 class of 2016. Among the 600 of the brightest young entrepreneurs, breakout talents and change agents in 20 different sectors chosen, at least four are Haitian.  Meet them here:

Womenswear designer Azede Jean-Pierre made the Arts & Style List.  Jean-Pierre, 27, was born in Pastel, Haiti but raised in Atlanta, Georgia. She attended Savannah College of Art and Design and in her third year decided to pursue the launch of her own label. Jean-Pierre and honed her skills interning at Ralph Rucci and Ohne Titel before branching out on her own and debuting her New York City-based label at the Fall/Winter collection in February of 2012.

The collection, which uti- lized high-end luxurious fabrics, was well received by the press & was immediately photographed by some of the industry’s leading publications; landing the cover of Women’s Wear Daily after NY fashion week. Since then, Jean-Pierre’s collection has been picked up by Moda.

Jean-Pierre said her label is “committed to celebrating the sensual femininity of its customer and dedicated to pushing the boundaries of functionality and innovation through exploring technique and achieving balance in wearability and design.” The label has also been featured in many more major publications and has become a red carpet favorite for several very stylish and influential celebrities like Solange Knowles, Lady Gaga and First Lady Michelle Obama. – Source

Derulo was born in Miramar, Florida to Haitian parents. He started singing at a young age and  attended performing arts schools in Florida. The 26-year-old has sold over 50 million singles since his 2009 break out and has achieved eleven career platinum singles, including “Wiggle,” “Talk Dirty,” “In My Head,” and “Whatcha Say.” In 2015, Derulo released his single “Want to Want Me” and announced his fourth studio album, “Everything Is 4,” which was released in June  2015. – Source

On January 22, 2015, Dick Clark Productions announced that Derulo would be a judge in the upcoming 12th season of So You Think You Can Dance, alongside new judge Paula Abdul and  judge Nigel Lythgoe. “

On March 9, Derulo released the first single from his forthcoming fourth studio album, Everything Is 4, called “Want to Want Me”.“Want To Want Me” became the most-added track in the history of Top 40 radio: it was added to 156 monitored pop stations, making it the biggest Top 40 US radio launch thus far.It peaked at number five on the Billboard Hot 100 and topped the UK Singles Chart. The music video for his second single, “Cheyenne”, was released on June 30, 2015. On February 11, 2016, he released a new single “Naked”. 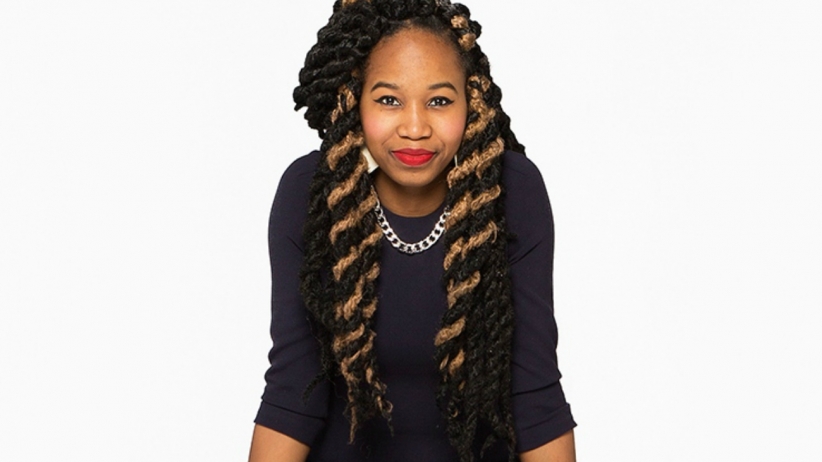 Souffrant owns Vended International and the platform Vendedy  and was born to Haitian street vendors. Vendedy is a platform for street vendors across the world to sell handicrafts using the digital economy. To fund her venture, Souffrant received support from the Clinton Global Initiative. She also reached out to her professional business network in an email, asking investors to come forward.  “Vendedy,” she says, “aims to digitize the $10 trillion-dollar street market economy and make it accessible to all. With over 200,000 street markets globally, there is no limit to what you will find and the stories you will share!”

Though Vendedy only launched in June 2014, it has gained recognition in startup and pitch competitions, notably as the 2015 U.S. finalist for The Venture by Chivas, a global social entrepreneurship competition. In partnership with giants like IBM and Microsoft, Vendedy is closing its Series A round in June this year. “Investors didn’t want to listen until they saw the capability of the beta version in Haiti -one of the hardest markets to launch a mobile network connecting informal vendors to traveling consumers- due to poor Wi-Fi and infrastructure.” The founder adds that her potential to scale is also a point of contention with potential investors, calling the latter the “let’s wait and see camp. We, as a team, keep going and follow this rule: ‘If 99% of people don’t believe in your idea, you are either gravely wrong or about to make history.’” – source 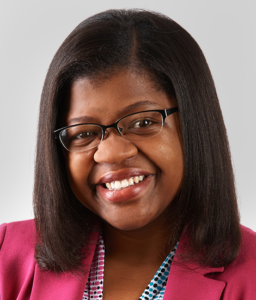 Nedgine Paul made the list for education. Nedgine-Paul is the Haiti-born co-founder and CEO of Anseye Pou Ayiti. L’union Suite featured and have been assisting in promoting their initiative the last few months.

Twenty-nine-year-old Nedgine Paul made the list for education. She is the Haiti-born co-founder and CEO of Anseye Pou Ayiti, which seeks to raise education outcomes in rural Haiti by promoting teacher excellence and student success-rooted in Haitian culture, customs, and community. Nedgine moved to the U.S. at a young age and maintained ongoing leadership roles in community service and youth development programs, particularly within the Haitian communities of Stamford and Norwalk, Connecticut.

She has a B.A. in History from Yale College and an Ed.M. in International Education Policy from the Harvard Graduate School of Education. In 2014, she was named among the top global social innovators by Echoing Green. She is passionate about joining forces with others to continue pursuing her deep commitment to the expansion of high-quality educational opportunity in Haiti. – Source