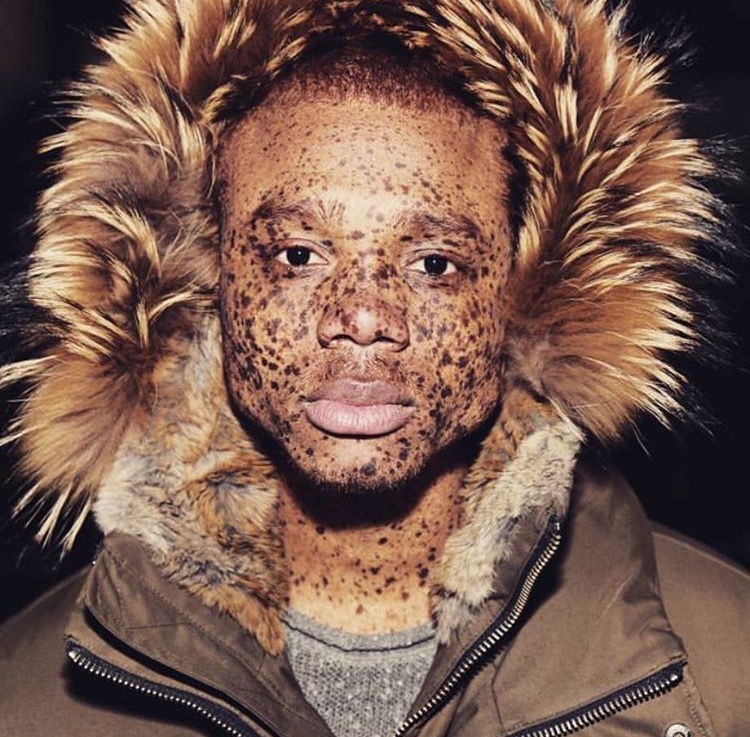 If you are a Yeezy fan you were probably tuned into the Tidal live stream for the unveiling of his latest fashion line, Yeezy Season 3 on the first day of New York Fashion Week. With nearly 1,000 models in attendance one of the intriguing new break out models in the show is 21-year old Haitian model Ralph Souffrant.

Ralph Souffrant, (Souffrant means “to suffer” in French) is a 21-year-old model born in Haiti and moved to Brooklyn when he was nine to live with his family.

Souffrant on living in Haiti in a WMagazing interview:

“Haiti is a hard place to get by,” he recalled. “You wake up, and you don’t know what you’re going to eat. It’s your parents’ job to go out there and find basic needs. My last name fits my life pretty well.” In Brooklyn, things were easier, but not by much. He was bullied heavily in high school because of his appearance. “People would make fun of me all the time: ‘You’re ugly. I can’t believe you look like that.’ It was terrible,” he said. “But I’m sure many people have been through this. If you have some difference in you, people find something to say.”

Souffrant has skin condition similar to vitiligo that left him covered in freckles.

Six months ago, a friend of Souffrant’s suggested that he stop going to college, where he was studying dermatology, to pursue modeling. He helped him make an Instagram account; almost immediately, people started following him.

He landed a spot in the Yeezy Season 3 show after Kanye’s team spotted him in a crowd of hundreds at an opening casting call.

Souffrant on his experience at the Yeezy Season 3 show where he stood for 2 hours on a stage at Madison Square Garden in a WMagazing interview:

“I basically forced myself to stand there. I also thought, ‘This is who I am.’ If I’m here to do something, I’m going to do it well. Just because they’re telling me I’m allowed to sit, that doesn’t mean I’m going to sit. I felt like the show looked much more professional if I stood up. So, I fought.”

Souffrant modeled for numerous lines during New York Fashion Week. Below are some of the pictures of the up and coming model to watch.