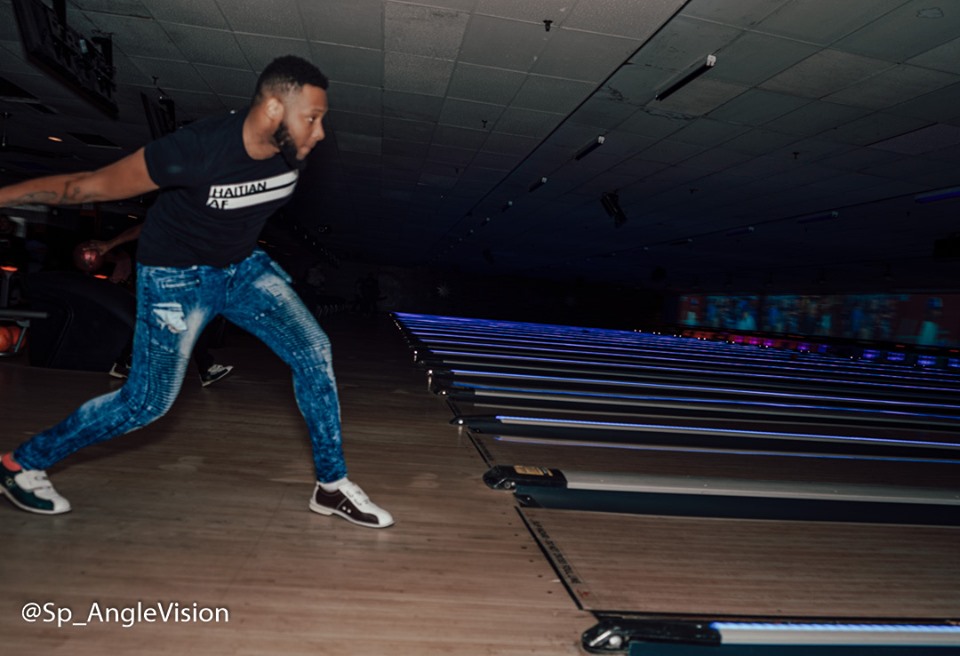 Queens, New York (September 13, 2019) – Influencing powerhouse best known for its marketing power as the #1 Haitian-American platform in the world, L’Union Suite, is gaining momentum for putting together its annual “Strike for Education”(SFE) Bowling Tournament. Celebrating its fifth consecutive year, and just shy of opening its Innovation and Technology Lab, L’Union Suite is excited to bring the annually sold-out charity bowling event to the NYC.

Year after Year Strike for Education has been raising money to help open computer labs throughout the province of Cap-Haitien in Haiti and after the success of the 2017 tournament, in 2018 L’Union Suite was able to open its first lab at College Bell Angelot. Strike for Education has brought celebrities out to bowl alongside the community for the better good of kids in Haiti. The New York tournament will take Friday, September 13, 2019, at Bowl 360, 98-18 Rockaway Blvd, Ozone Park, in Queens, New York. From 7 pm to 11 pm,

“We started in 2015, where I told some friends and they told some friends and all of a sudden we had raised over $10,000,” gleefully shares innovator Whenda Tima-Gilles. “We get together and we have a blast with some friendly competition and the end result is a new computer resource center in Cap-Haitian,”.  With celebrity teams from Los Angeles to Miami and New York alike, made up of athletes like Andre Berto, Chad Ochocinco, and Pierre Garcon, Strike for Education also brings out influencers from fashion to music like Karen Civil, Briana Perry, and Steph Lecor, even Haiti’s Official Olympic team and corporate executives as well.

“I wanted to give kids from my hometown the opportunity to take full advantage of the technology that we take for granted every day in the United States. They deserve access to science, engineering, mathematics, and even social media, so they can see a bigger picture of what the world has to offer,” says L’ Union Suite Founder and Strike For Education Visionary.

L’Union Suite’s loyal following and staunch perseverance to Haiti’s culture and redefinition of  Haiti through the eyes of the world continues to be the ultimate goal, however with SFE they are touching lives on a much larger, direct scale.

Team Registrations are available online & sponsorship decks can be viewed at SFEBOWL19.Eventcreate.com. Tickets are on sale – be a spectator and cheer on your favorite team all in the spirit of changing lives.

The 5th Annual “Strike for Education” Bowling Tournament. See you Sept. 13 at Bowl360 in Queens, NY.

L’ Union Suite is a Haitian-American lifestyle, tourism, culture, society, and entertainment blog site. The site features exclusive interviews, the latest music, red carpet events and up-to-date information on Haiti, Haitian community leaders, entertainers, humanitarians, business and more. Since launching in 2011, L’Union Suite is attracting over 10 million visitors a week from all over the world with over 300,000 subscribers. Within the past couple of years, L’Union Media Group has worked with Haitian-American celebrities such as Karen Civil, Andre Berto, Mackensie Alexander, Pierre Garcon, Jessie Woo and more. and L’ Union Suite’s influence and reach extend to places such as Iceland, Japan, Australia, South America and parts of Africa, and the Caribbean.

Tired of Living Paycheck to Paycheck?
Things We Lost, Things We May Lose, And The People Who Care