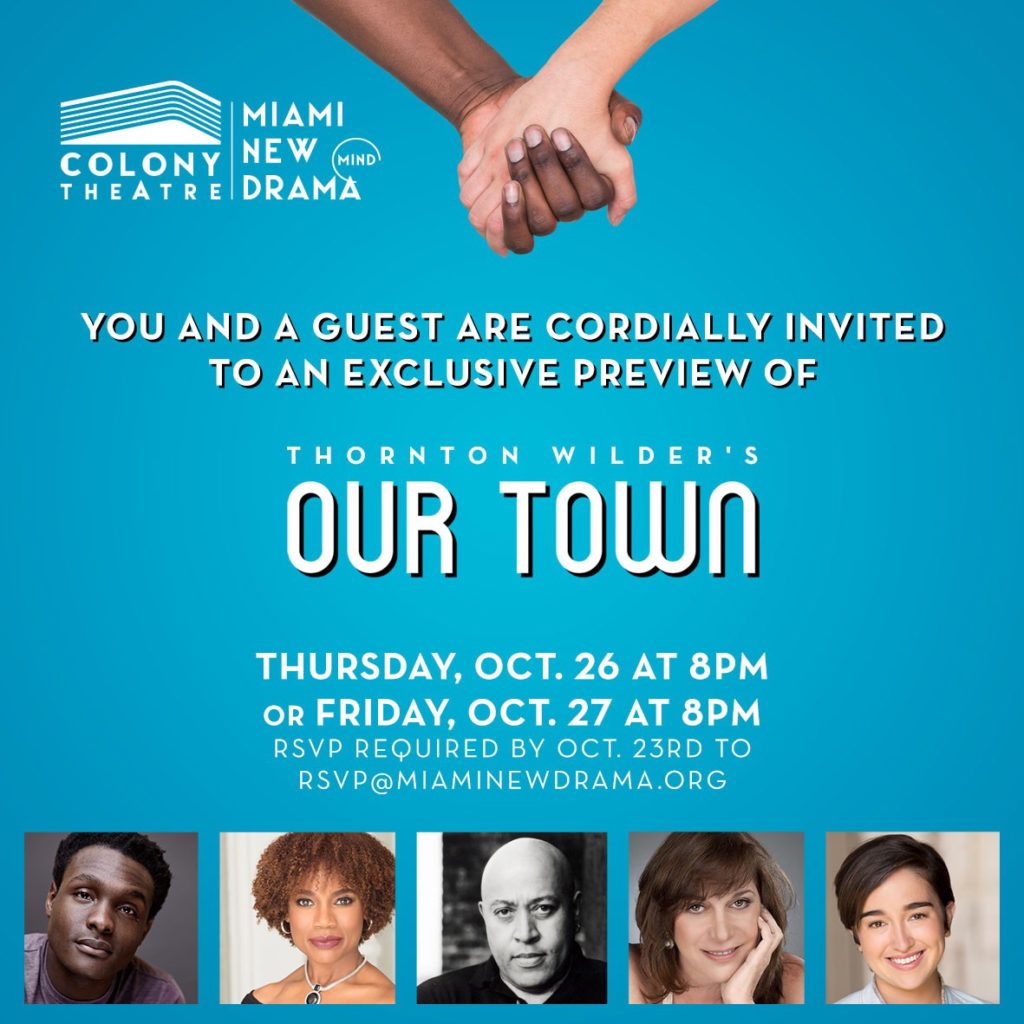 Miami New Drama reimagines Thornton Wilder’s iconic American play for multicultural Miami audiences. The characters at the center of this beloved drama will speak English, Spanish and Creole (subtitles provided) – the first time the Wilder Estate has allowed changes to the play’s award-winning text. By adding new layers of language and culture, Our Town redefines the quintessential American – and human – story.

This production marks the first time that the Thornton Wilder Estate has allowed the text of this Pulitzer Prize winning drama to be altered. Our Town premieres Thursday, October 26, and runs through Sunday, November 19, at the Colony Theatre (1040 Lincoln Road, Miami Beach).

This production is supported by a Knight Arts Challenge grant from the John S. and James L. Knight Foundation. Miami New Drama’s Our Town redefines the quintessential American – and human – story. “We’re not changing the essence,” says artistic director Michel Hausmann. “Our version of the play adds new layers of language and culture that make it more real for a 21st century audience. By doing that we bring it closer to this community.”

About Miami New Drama
Founded by Michel Hausmann and Tony/Emmy nominee, Moises Kaufman, and housed at the historic Colony Theatre, Miami New Drama (MiND) is a producing and presenting organization committed to theatrical excellence and to telling stories designed for the intersections of Miami’s multicultural 21st-century audience. By sharing work where cultures, dialogue, and communities intersect, MiND serves audiences as diverse as the city itself.

MiND’s inaugural production, The Golem of Havana, was a popular and critically acclaimed success. More than 6,500 people attended the musical production in an extended five week run, breaking every record for past productions at the Colony Theatre. Its success inspired the City of Miami Beach to invite them to transform Colony Theatre into a vibrant cultural institution. Past productions include the American premiere of Ferdinand von Schirach’s Terror directed by Tony Award winner Gregory Mosher and the southern U.S. premiere of Por Piedad Teatro’s A Special Day. 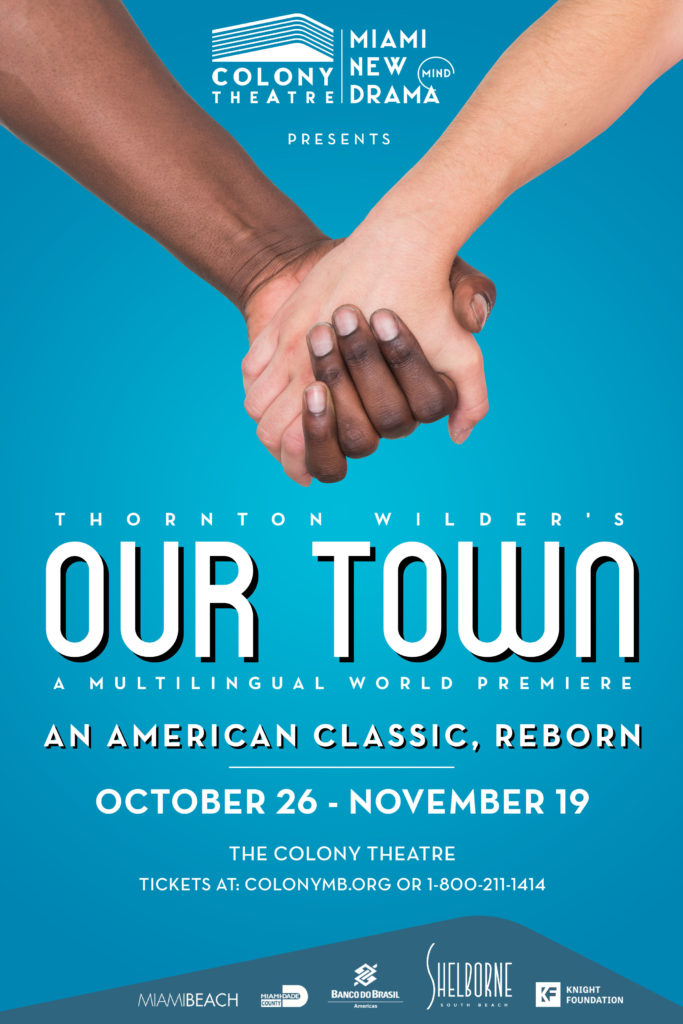 Embassy of Haiti DC Hosts Taste of the Islands Experience
Haitian Designers: Win An Opportunity To Showcase Your Line At Fashion Designer Expo 2017