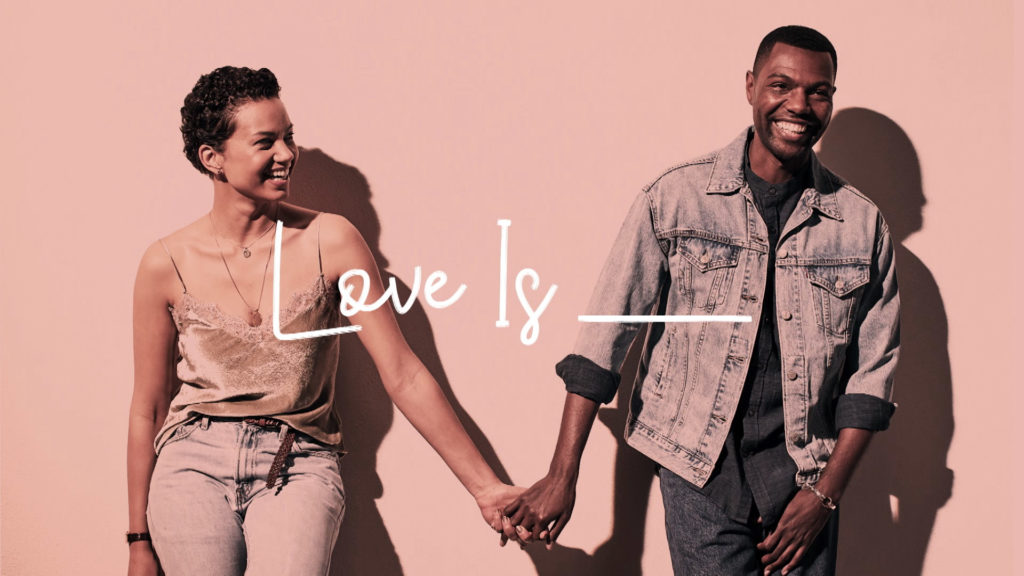 OWN officially have my attention. With “Queen Sugar” back for its third season and “Black Love” for its second, all we were missing is a romantic drama.

OWN’s upcoming dramedy “Love Is ____,” a new one-hour series comes from husband and wife award-winning producers Mara Brock Akil (Girlfriends, Being Mary Jane, The Game) and Salim Akil (Black Lightning). The bold new refreshing romantic drama series gives us nostalgic 90s vibes set in Los Angeles and follows Haitian-American Michele Weaver’s character Nuri as she falls in love with Yasir (Will Catlett).  Drawing inspiration from the Akils’ real-life relationship, the project tells the love story between a modern-day power couple. In the world of Black Hollywood, they navigate a complex set of social codes, and this series will explore it all, from the good to the bad and to the ‘90s when the love story began.

Weaver, the daughter of a Haitian mom and dad from Colorado will play Nuri, a bubbly personality with big dreams who is struggling to make a name for herself as a sitcom staff writer while juggling an assortment of romances that only leave her partly fulfilled. After she meets Yasir (Catlett), himself unemployed and barely holding onto his dreams, Nuri changes all her opinions about what she expects from a man because she’s just found the one who is perfect for her.

Will Catlett will play Yasir, an aspiring writer/director who is down to his last two unemployment checks and lives with his on-and-off-again ex.  But after meeting the stunning Nuri, Yasir finds a reason to alter his life and the drive to access his potential.

Watch the trailer and a behind-the-scenes featurette below:

More On Michele Weaver From Variety

Weaver enjoyed performing from a young age but considered herself an “academic person” and originally planned to go through a more traditional program in college. At the last minute, though, she ended up applying to performing arts schools.

“At that point, my goal when I decided to go to school for theater was really to be a storyteller,” Weaver says. “I just loved the art form of telling stories in different mediums.”

In “Love Is___,” Weaver has a chance to play a storyteller. Playing a character based on her boss did come with an added level of pressure because “there were certain moments that I had to hit right because they actually happened to her,” Weaver says. But, she adds, there was a common thread that helped her find the honesty in the role.

Now, Weaver wants to use her platform to continue to give back: She has collaborated with a school in Haiti, as well as a non- profit with a focus on growing artists.

“It’s a gift to be able to have a career in acting because it is my passion but it is also a door to be able to do other things that are also in my heart,” she says.