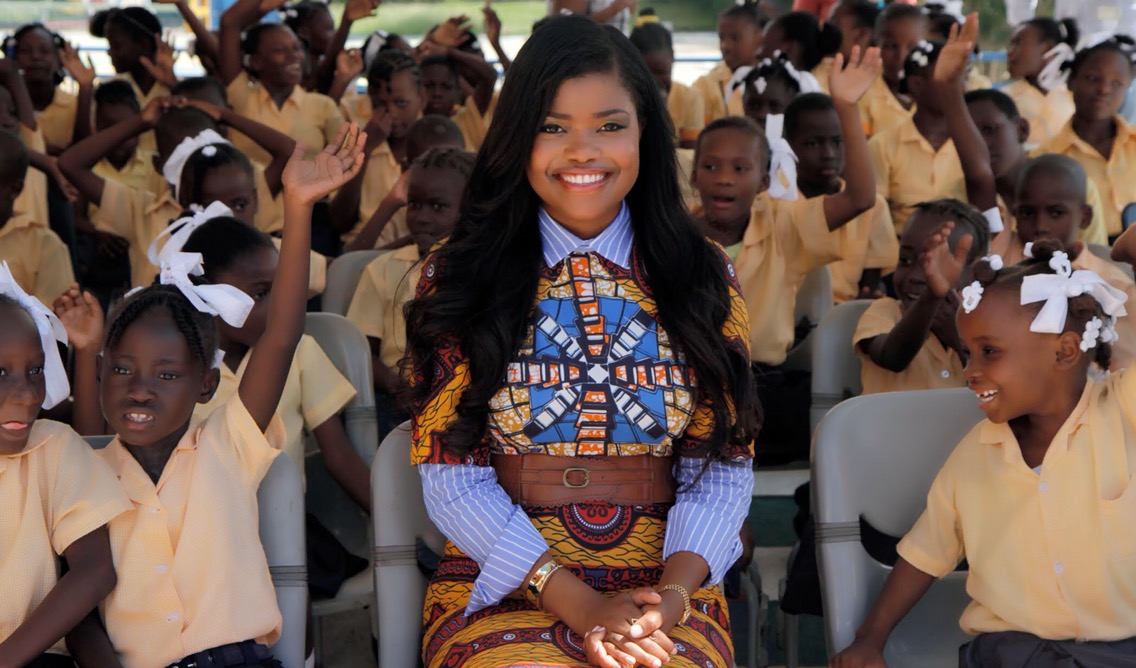 When I first decided to start Lunionsuite and become a blogger, my brother introduced me to the entertainment blog site Karencivil.com who was owned and operated by a young blogger name Karen. He believed Karen would be a great blogger to follow and learn from and I’ve certainly learn a lot watching Karen go from blogger to a leading marketing director and now a digital pioneer in the entertainment industry.  I didn’t know  Karen was Haitian-American until a year ago after she posted a picture in Lil-Haiti in Miami, learning this young, intelligent, ambitious and successful young woman was a Haitian sister just made me love and appreciate her drive even more.

This past weekend to commemorate her 30th birthday, digital pioneer Karen Civil celebrated by giving back to Sow a Seed, a non-profit organization that broke ground this week and began building its second Project PlayWorld in Haiti and the country’s first learning landscape in Croix des Bouquets, sponsored by the Live Civil Fund. The Live Civil Playground will contain ten interactive games offering elementary math concepts built from reused tires in a sandbox structure.

“I believe in the power of play. Unfortunately, Haiti does not have many safe environments for children to play and express themselves,” said, Karen Civil. The Sow a Seed Ambassador continued, “Coming from a Haitian-American home, I thought it was necessary to give back to the country in which my parents were raised. That is why I believe in Project PlayWorld’s efforts to to provide secure playing spaces for the children of Haiti with the Live Civil Playground.” 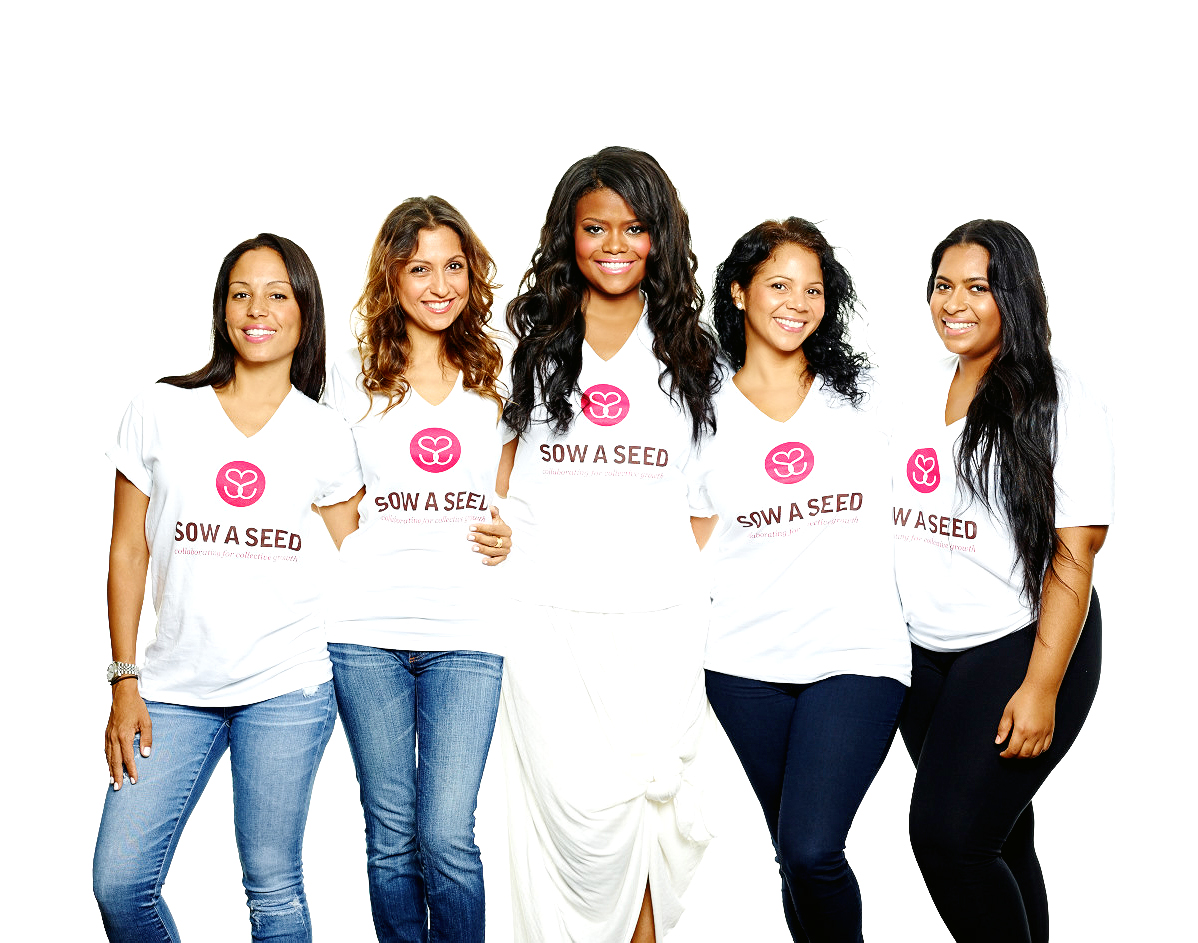 Under the guidance of project manager, Claudia Apaid, Richard Bouillon designed the playground which will consist of a recyclable material learning landscape. One area, dedicated to story time will have a podium and sitting area in a garden terrace made with reclaimed tires constructed by K-wochoo Art’s Gary Pierre Charles. This space will allow for plays and lectures. Additionally, the Live Civil Playground will contain an area with interactive musical instruments, such as musical pipes and educational games made of recycled tires meant to teach children strategy building and problem-solving skills. Recycled bamboo and tires will also be used to make climbing towers, motorcycles, Jeeps, animals, a teeter totter, swings, and slides for children to play.

Sow a Seed (SAS) is a volunteer-based organization that supports orphanages with a special focus on the welfare of Haiti’s children, founded and managed by a team of young, professional Haitian-American women. The 10 year-old program aims to implement initiatives that facilitate sustainable change in the areas of health, nutrition, education, shelter, as well as arts and recreation. 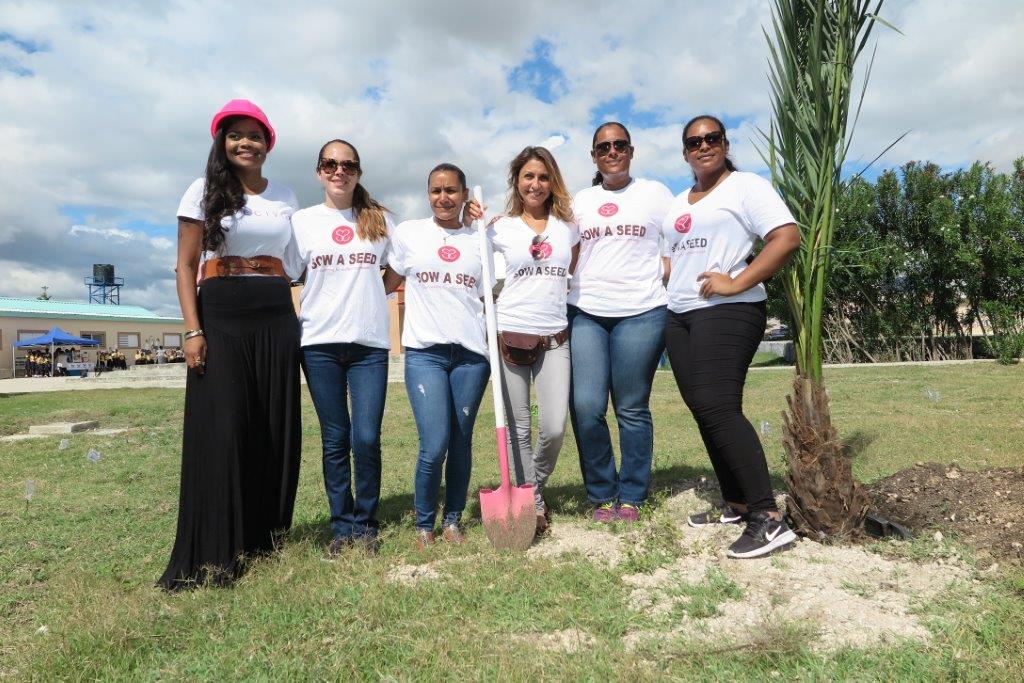 Project PlayWorld is located in Ecole Nouvelle Zoranje, Village de la Renaissance, and commune Croix des Bouquets. PlayWorld will help its mother organization, Sow a Seed serves a minimum of 1000 children (in the community) and at 550 students at the Prodev-operated school, which is kindergarten to 9th grade.

Haiti is the first country in the world to win a rebellion against the enslavement of African people and declare their independence as a country. After removing France’s rule, the French-Creole country has become the second biggest island in the Caribbean. Despite, the courageous spirits of the enslaved people of 1804, Haiti has become the most impoverished and underdeveloped country in the Western Hemisphere. 80% percent of Haiti’s population lives below the poverty line. While Haiti tries to build itself up from its long history of destitution and the devastation of 2010’s earthquake, Karen Civil and Live Civil support Sow a Seed’s initiatives to help Haitian children thrive physically and cognitively through Project PlayWorld. 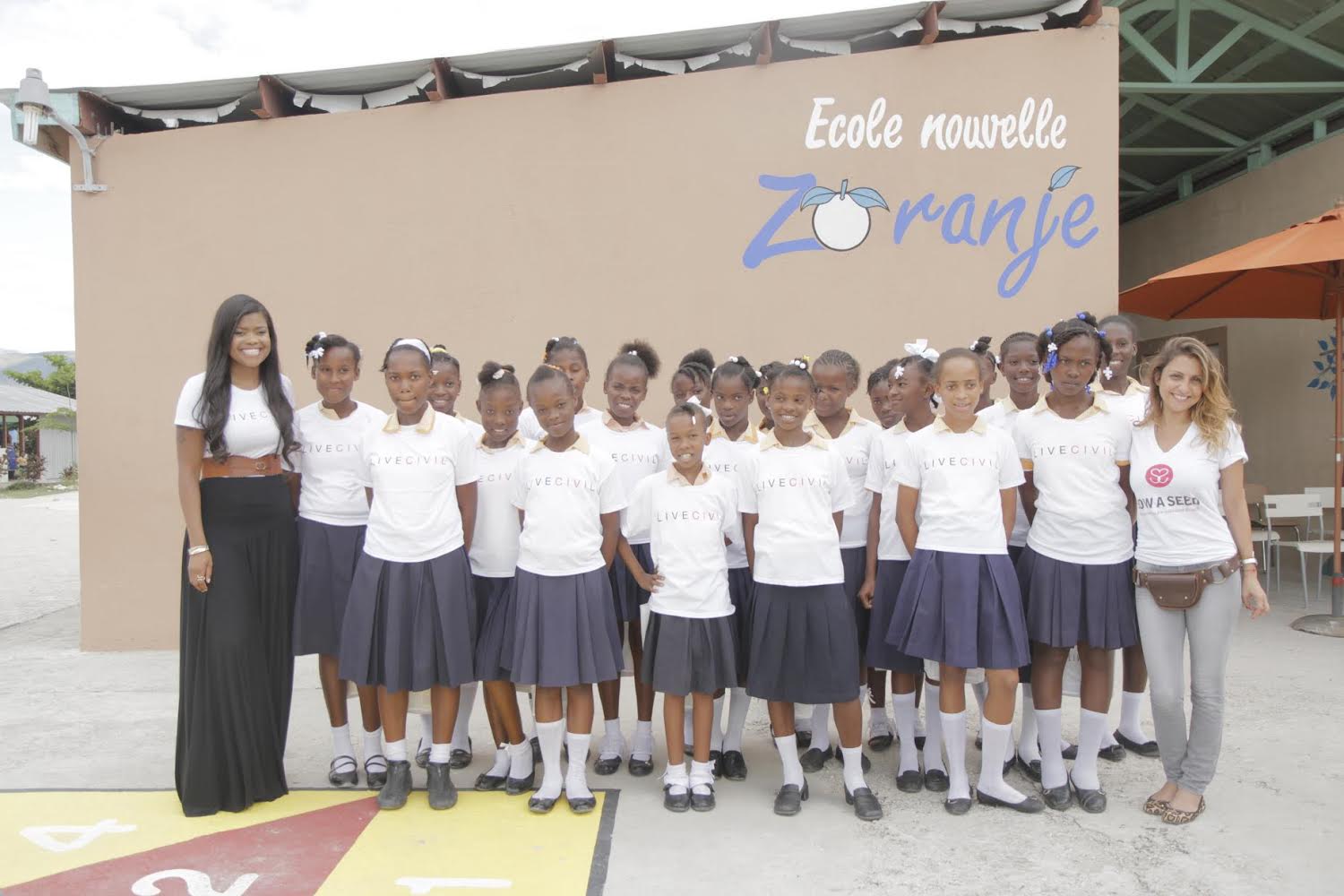 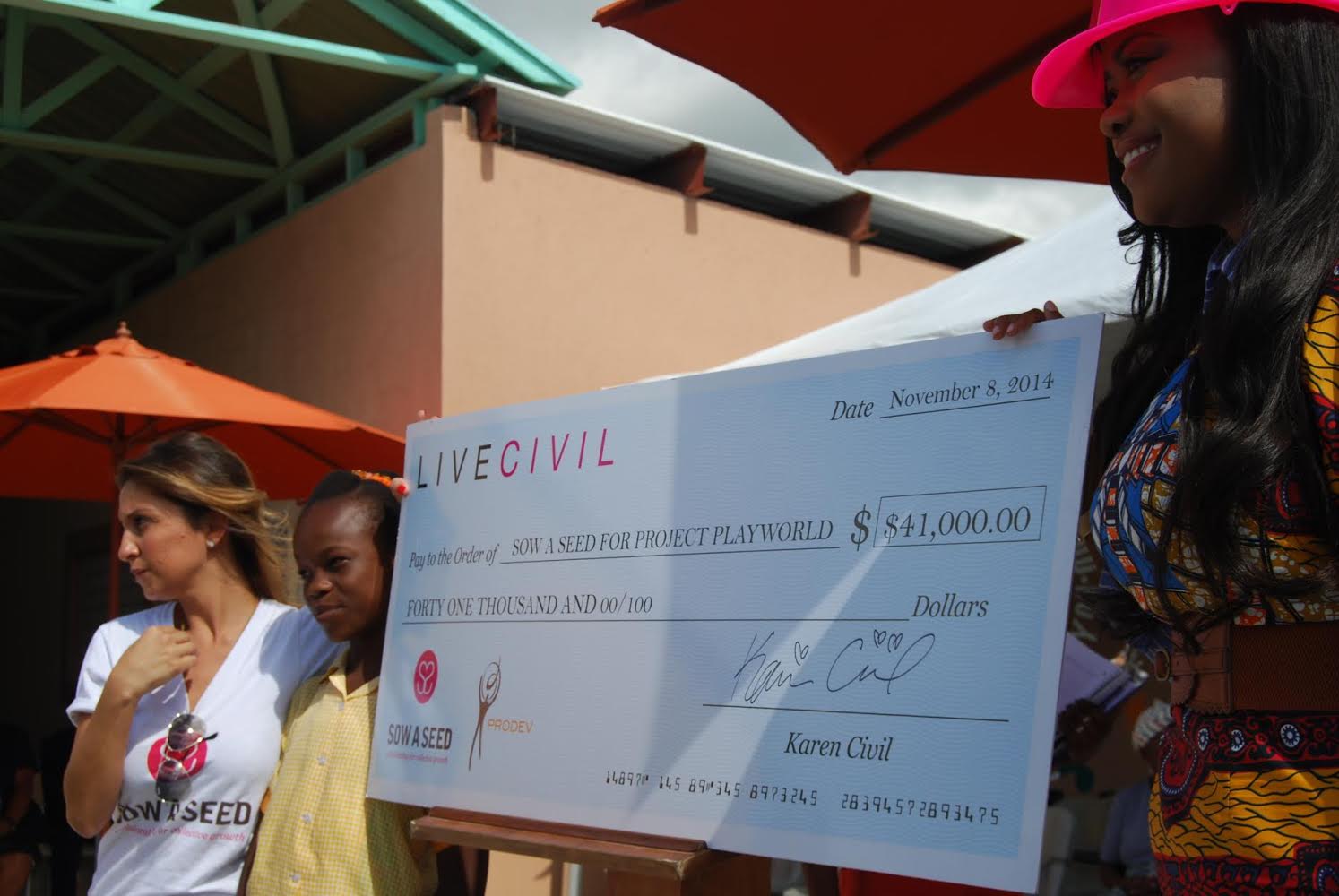 Here’s are a few social networks pictures from Karen’s instagram. 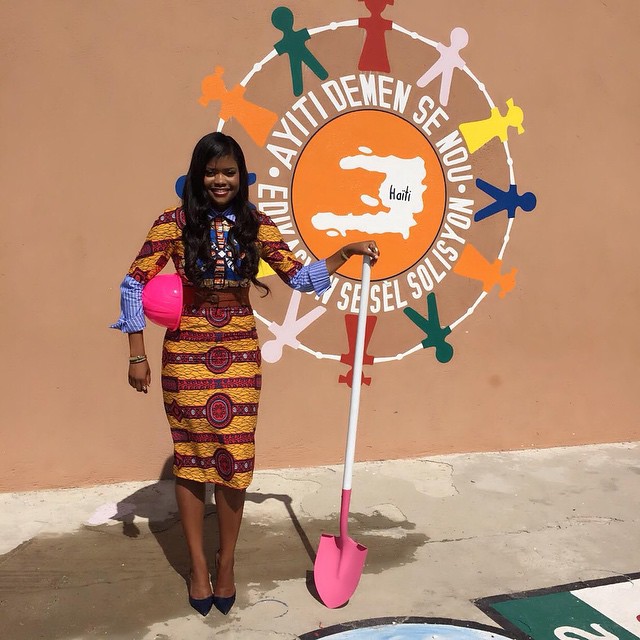 @KarenCivil: Coming from a Haitian-American home, I thought it was necessary to give back to the country in which my parents were born and raised for my birthday. With the help of @sowaseed, today we break ground on the #LiveCivilplayground in Prodev-operated school Ecole Nouvelle Zoranje in Village de la Renaissance in Port-au-Prince, Haiti.