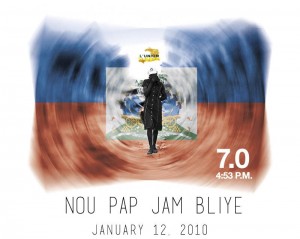 As the United Nations prepares to mark the sixth anniversary of the devastating earthquake in Haiti and pay tribute to the more than 200,000 victims who perished, including 102 UN personnel, Secretary-General Ban Ki-moon today called on the international community to “stand with Haiti” as it moves forward to rebuild.

“United and in solidarity with all Haitians who have lost loved ones to this catastrophe, we honour the memory of our colleagues,” said Mr. Ban in a statement issued by his Spokesperson.

“The path to recovery and long-term development is not an easy one. Many Haitians continue to face multiple challenges, including displacement, food insecurity and lack of access to clean water and sanitation,” he continued, stressing that Haiti remains in need of international support.

Reaffirming the continued commitment of the United Nations to support the Haitian people, the world body’s chief underlined that while victims of the tragedy are honoured, the commemoration must be a “source of renewed inspiration and a call to unite behind a vision for a stable, democratic and prosperous future for Haiti.”