Former Whodini dancers the Kangol Kid, the Educated Rapper and Doctor Ice are best known for their first single, 1984′s “Roxanne, Roxanne,” the track that started the Roxanne Wars, an onslaught of answer records from female rappers portraying the same character from UTFO’s song. Kangol, the group’s charismatic leader, recently received a proclamation from the City of New York for being among the first Haitians in hip-hop. Fequiere is probably best known as a member of the old school hip hop group, UTFO. Fequiere was born in Haiti, and emigrated to the United States as a child, eventually settling with his family in Brooklyn, New York. Fequiere acquired his nickname, The Kangol Kid, from neighborhood friends during the early 80s, because of the many Kangol hats he owned and wore He was also officially sponsored by Kangol Headwear, Inc. Fequiere originally joined the rap group UTFO as a breakdancer. In 1984, UTFO became one of the most popular rap and breakdance acts in the country on the strength of their breakout single, “Roxanne, Roxanne.

During the mid-80s, as “Roxanne, Roxanne” gained popularity and chart position, UTFO was voted best rap group, at the 1988 Urban Music Awards, had featured spots on Don Cornelius’ Soul Train, The Phil Donahue Show, and performed live for actors such as Dustin Hoffman, and Tony Danza. UTFO was the first rap group to perform at Harlem’s Apollo Theater as they opened for Hall & Oates and the Temptation’s Eddie Kendricks and David Ruffin. In 1987, UTFO released their most popular selling album, Lethal. The title song featured the rock group Anthrax and later that year became the number one rap album in the United States.

In 1985, Fequiere wrote and composed a song on the Lisa Lisa & Cult Jam with Full Force platinum album. Later that year, he managed and produced the rap group, Whistle. In 1986, Whistle’s first single, “(Nothin’ Serious) Just Buggin'” (written and produced by Whistle,Fequiere and Howie Tee) became an international hit which contains a distinct whistling sample that can be heard scratched on DJ Jazzy Jeff & the Fresh Prince’s recordings.In 1989, Fequiere left UTFO and began production of a re-make of Heatwave’s “Always & Forever” for Whistle which also became a Top 10 seller. His success with this project landed more producing projects with LAM ‘n R.E.C., Gerardo, 7669, and Cheryl “Pepsii” Riley.

Fequiere currently balances his time between Producer, Composer, Performer, Artist Manager, Songwriter, President of his music production company, Kangol’s Kreations, Inc., and CEO of his Public Relations firm, Kreative Media Group. Fequiere’s lecturing at High Schools and Colleges nationwide on today’s business of music has led this Brooklynite to receiving a proclamation from the City of New York for being among the first Haitians in Hip-Hop Music. 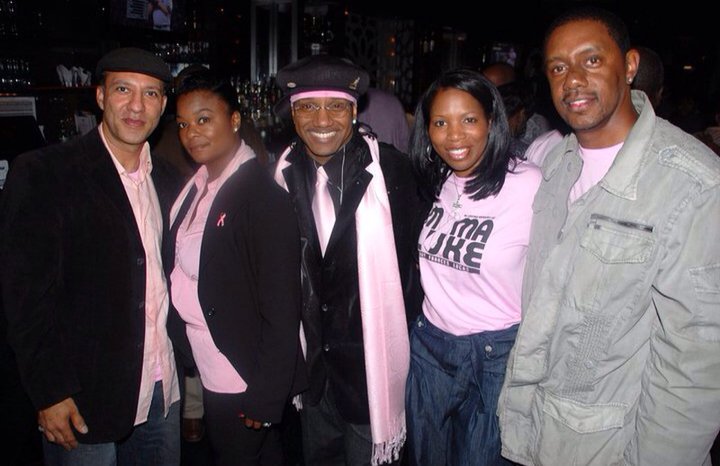