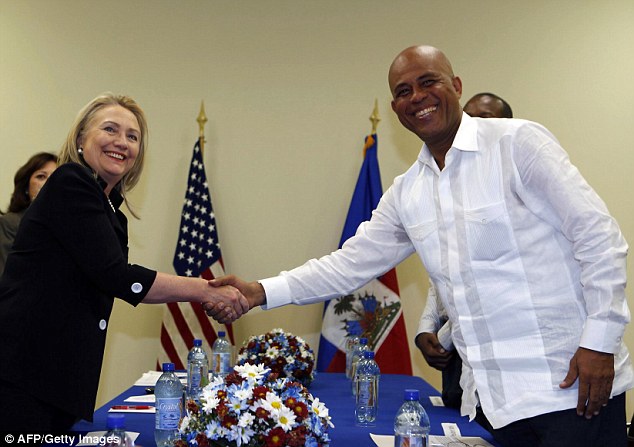 Tony Rodham, brother of former Secretary of State Hillary Rodham Clinton, sat on the board of a company that landed a gold mining deal in Haiti after Bill and Hillary Clinton directed millions into post-earthquake relief. – Reuters

According to DailyMail, An unusual nexus of mining interests, relief work in Haiti, and a former U.S. first family is raising new ethics questions that could affect Hillary Clinton’s presidential ambitions. Clinton’s brother, Tony Rodham, was a board member of a North Carolina mining company that enjoyed prime access to Haitian gold deposits in the wake of post-earthquake relief work organized in part by former president Bill Clinton through the Clinton Foundation. Another board member of the firm, VCS Mining, was former Haitian Prime  minister Jean-Max Bellerive, who co-chaired the charitable Interim Haiti Recovery Commission with Mr. Clinton. 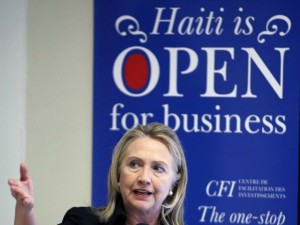 The revelation, smacking of cronyism and back-room government dealing, is part of a forthcoming book by Government Accountability Institute founder Peter Schweizer, whose work exposing the investment ‘insider trading’ habits of members of Congress caused national outrage in 2011 even though the practice was legal.

‘Clinton Cash: The Untold Story of How and Why Foreign Governments and Businesses Helped Make Bill and Hillary Rich,’ his latest book, will go on sale May 5.

At the time VCS Mining’s ‘gold exploitation permit’ was awarded, according to a press release from the company, it was one of only two firms to get one. The Haitian government hadn’t issued such a permit in more than 50 years. Tony Rodham, brother of former Secretary of State Hillary Rodham Clinton, sat on the board of a company that landed a gold mining deal in Haiti after Bill and Hillary Clinton directed millions into post-earthquake relief

The January 2010 Haiti earthquake killed more than 100,000 people and affected more than 3 million. That disaster was followed nine months later by a cholera epidemic of historic proportions.

The Clinton Foundation raised at least $36 million to help, according to its website.

The Obama administration pledged $3.6 billion. ‘Much of the U.S. assistance is provided by the U.S. Agency for International Development,’ a department of the State Department that Mrs. Clinton led at the time, according to the department’s website.

Rodham’s company got its gold mining rights in December 2012, according to the VCS press release.

Schweizer’s publisher, HarperCollins, said in a press release Thursday that it ‘reveals how the Clintons went from “dead broke” on leaving the White House to being millionaires, describing in detail the way in which the Clintons habitually blur the lines between politics, philanthropy, and business.’  – Continue Reading Here