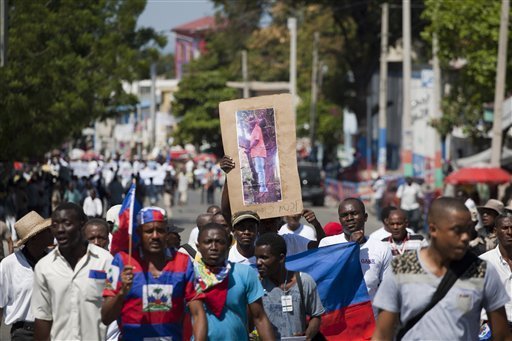 The Haitian American Lawyers Association of New York and the organization “We Are All Dominican” — a group of university students, mostly from John Jay College, and young community members who support the rights of Haitian-origin people living inside the Dominican Republic — sponsored and came to the Feb. 26 actions.

In a statement explaining its goals, the Dominican group wrote that they oppose the “Dominican Constitutional Court’s decision to strip tens of thousands, and possibly hundreds of thousands, of Dominicans of Haitian descent of their nationality, violating fundamental human rights.”

HALANY says on its website that it was “founded to promote and encourage participation by Haitian Americans and other ethnic minorities in the judicial and legal system.” It also opposes the Dominican court’s decision for putting the security of about 200,000 people at risk.

In an earlier statement, We Are All Dominican wrote that they “are in solidarity with all migrants in the Dominican Republic and denounce any form of violence regardless of their legal status. At the same time we want to ensure that Dominicans of Haitian descent are legally recognized as Dominican nationals and not migrants, as the DR proposes to do.” They also advocate “an inclusive Dominican national identity that recognizes and celebrates our diversity.”-  Continue Reading Here