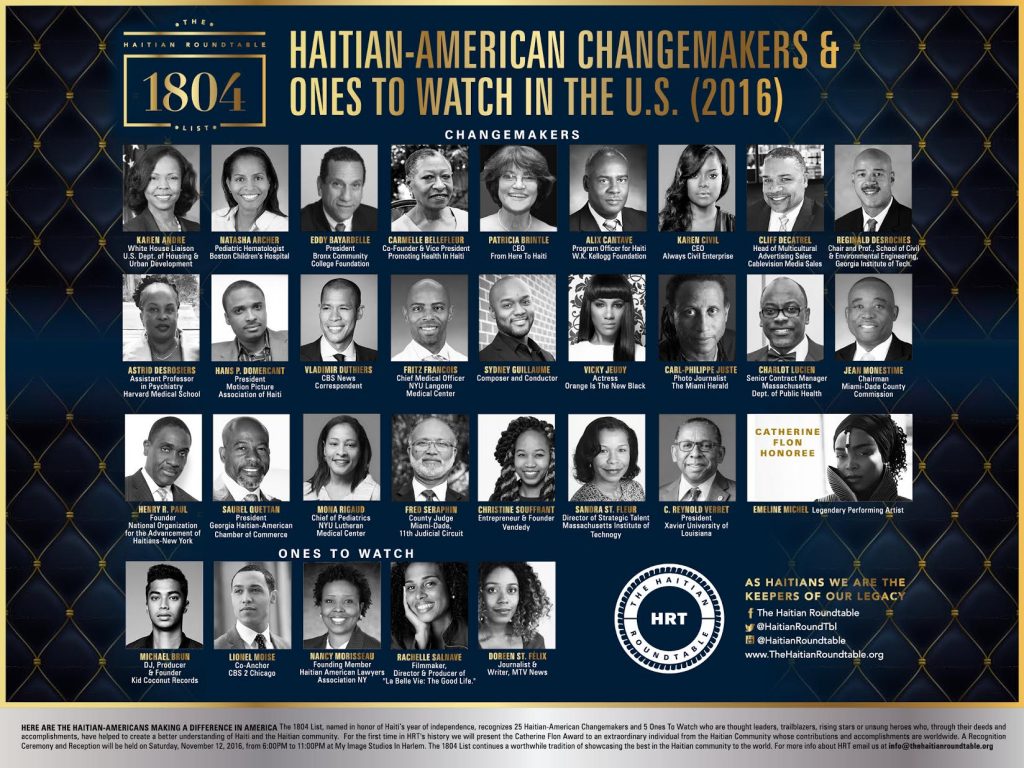 New York, NY – May 18, 2016 – In commemoration of Haitian Flag Day, the Haitian Roundtable has announced today the 2016 inductees to the 1804 List of Haitian-American Changemakers and Ones To Watch. Named in honor of Haiti’s year of independence, the 1804 List recognizes 30 Haitian- Americans who have demonstrated outstanding achievement and success in their profession, have been proven forces for change, and have helped to create a better understanding of Haiti and the Haitian community. The 1804 List, established in 2012 by the Haitian Roundtable, has recognized over 120 Haitian-Americans in the United States.

The inductees were selected from nominations following a nationwide call for candidates. A recognition ceremony and reception well be held on Saturday, November 12, 2016 from 6:00PM-11:00PM at My Image Studios in New York City.

The Haitian Roundtable, founded in New York in 2008, is an organization of Haitian-American professionals who are committed to civic engagement as well as philanthropic endeavors benefiting Haiti, Haitian organizations and causes. The organization seeks to heighten the awareness among key stakeholders of Haitians as an emerging constituency, and to promote Haiti as a positive brand. For more information, please visit www.thehaitianroundtable.org