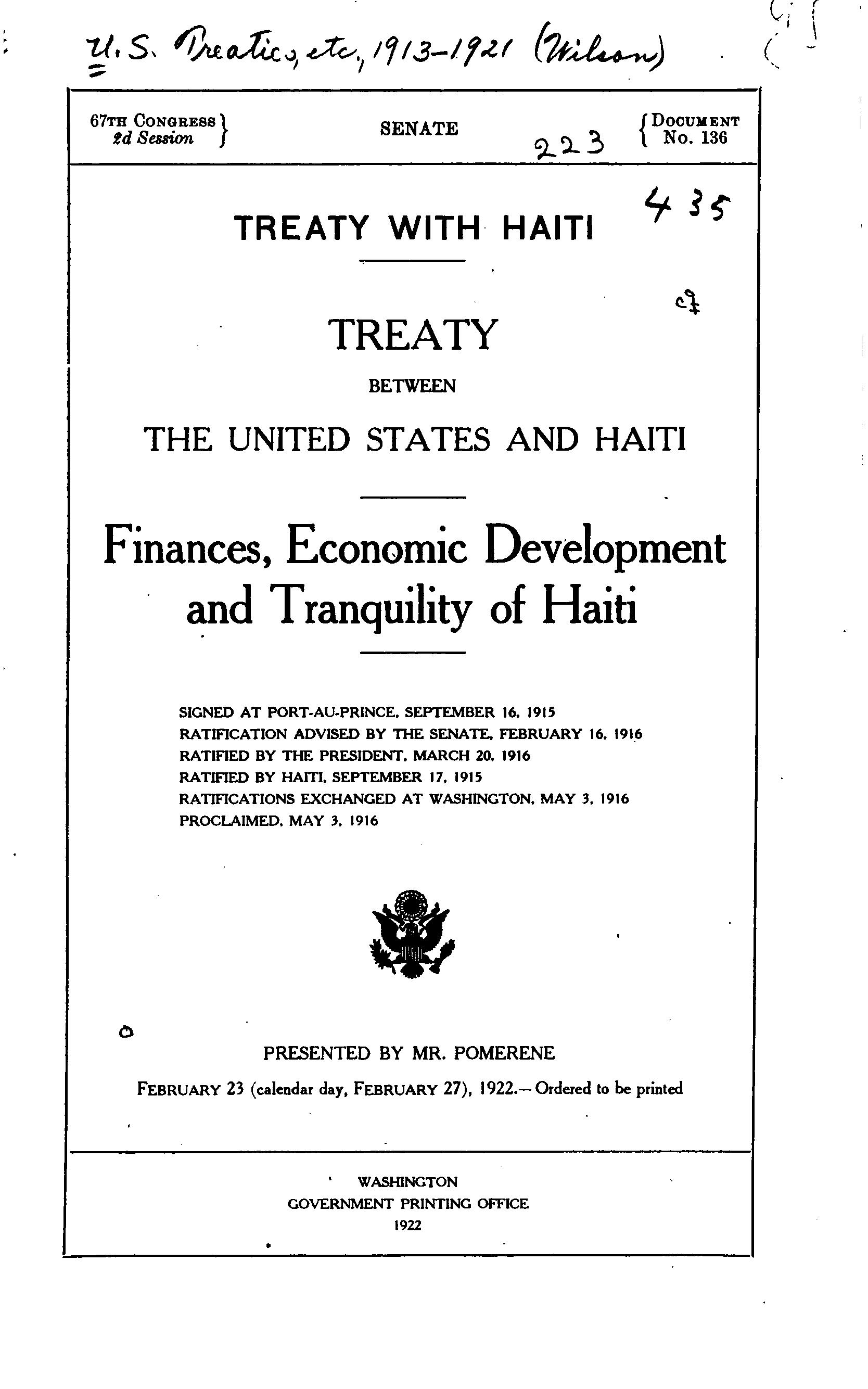 Haiti became a de facto protectorate of the United States by treaty.

The Treaty between the United States and Haiti was signed on September 16, 1915 and came into effect on May 3, 1916. The agreement established the military occupation of Haiti by the United States. A continuous state of revolution had destabilized the Caribbean nation since 1914.

Click here to read the Treaty between the United States and Haiti. Finances, economic development and tranquility of Haiti. Signed at Port-au-Prince, September 16, 1915 .. (1922)

Here another good link to read about it.