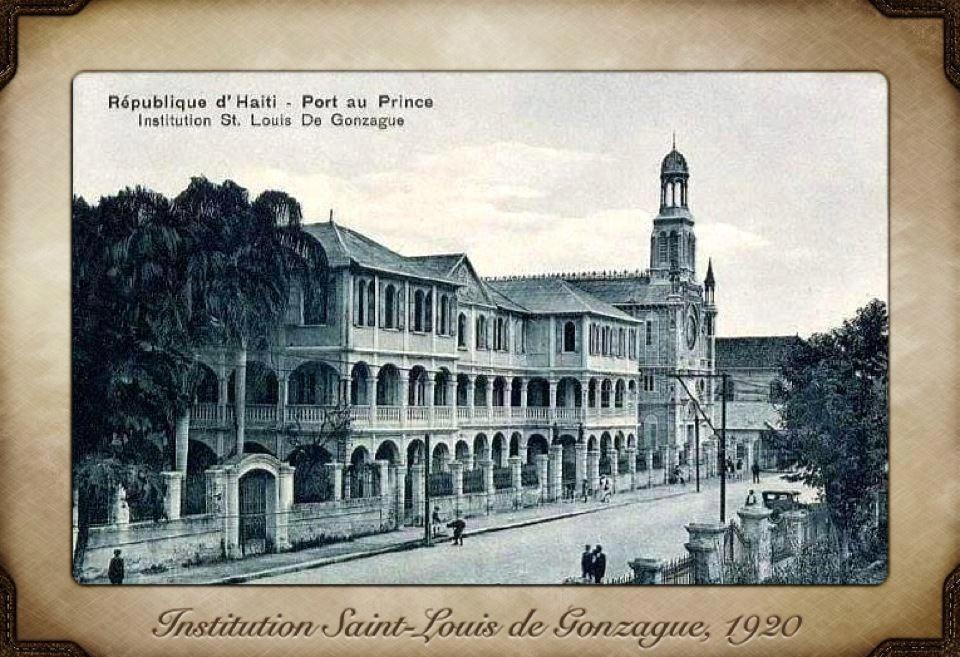 Institution Saint-Louis de Gonzague is a Roman Catholic school (primary and secondary) in Haiti. It is run by the Freres de l’Instruction Chretienne (F.I.C) (Brothers of Christian Instruction). School colors are red and green. The most prestigious school in Haiti, it was founded in 1890 and initially located at rue du Centre, in downtown Port-au-Prince for students between the ages of six and 12. By 1930, Saint-Louis de Gonzague offered degrees for secondary school. In the early 1970s, Saint-Louis de Gonzague engaged in a major expansion. The director at that time, Brother Ephrem Le-Mat, built a new campus on previously acquired land in the suburb of Delmas. Since then, the secondary school has moved to that new campus.

The primary school has an enrollment of about 400 students. All six grades have each three sections. After the earthquake of January 12, 2010, both the primary school and the secondary school are on the Delmas campus. The secondary school is composed of seven grades with about 1000 students. Students are arranged in different sections per grade, named blue, yellow, purple, red, and green. The group is usually shrunk from 250 students in seventh grade to 100 in the final grade. The final grade (Philosophical class) has three sections: blue, red and green. The school is known for its tough grading. In 1998, the F.I.C decided to share the directing roles with non-religious members of the school. S Roger Legagneur and Mona B. Anthony have held managerial roles in the secondary school until 2009. The institution thereon returned to a religious only management. Brother Dufrene Auguste is the Principal of the secondary school and Brother Ewald Guerrier is the principal for the primary school.

On January 12, 2010, on what would be considered one of the greatest natural disaster to have ever struck Haiti, Saint-Louis Gonzague had suffered multiple substantial damages, including the complete destruction of both campuses. Please refer to 2010 Haiti earthquake. Classes are now housed under tents. – source