The Haitian community has produced Changemakers, innovators and rising stars who have made significant contributions in the United States, Haiti and beyond. Their success is a badge of honor, and their achievements should be recognized and celebrated. The 1804 List 1804 List of Haitian-American Changemakers and Ones To Watch recognizes 30 Haitian-Americans who have demonstrated outstanding achievement, have been proven forces for change, and have helped to create a better understanding of Haiti and the Haitian community. Since 2012 HRT has inducted 120 thought community, thought and industry leaders of Haitian descent. In 2017 HRT will celebrate the 5th anniversary of the 1804 List. 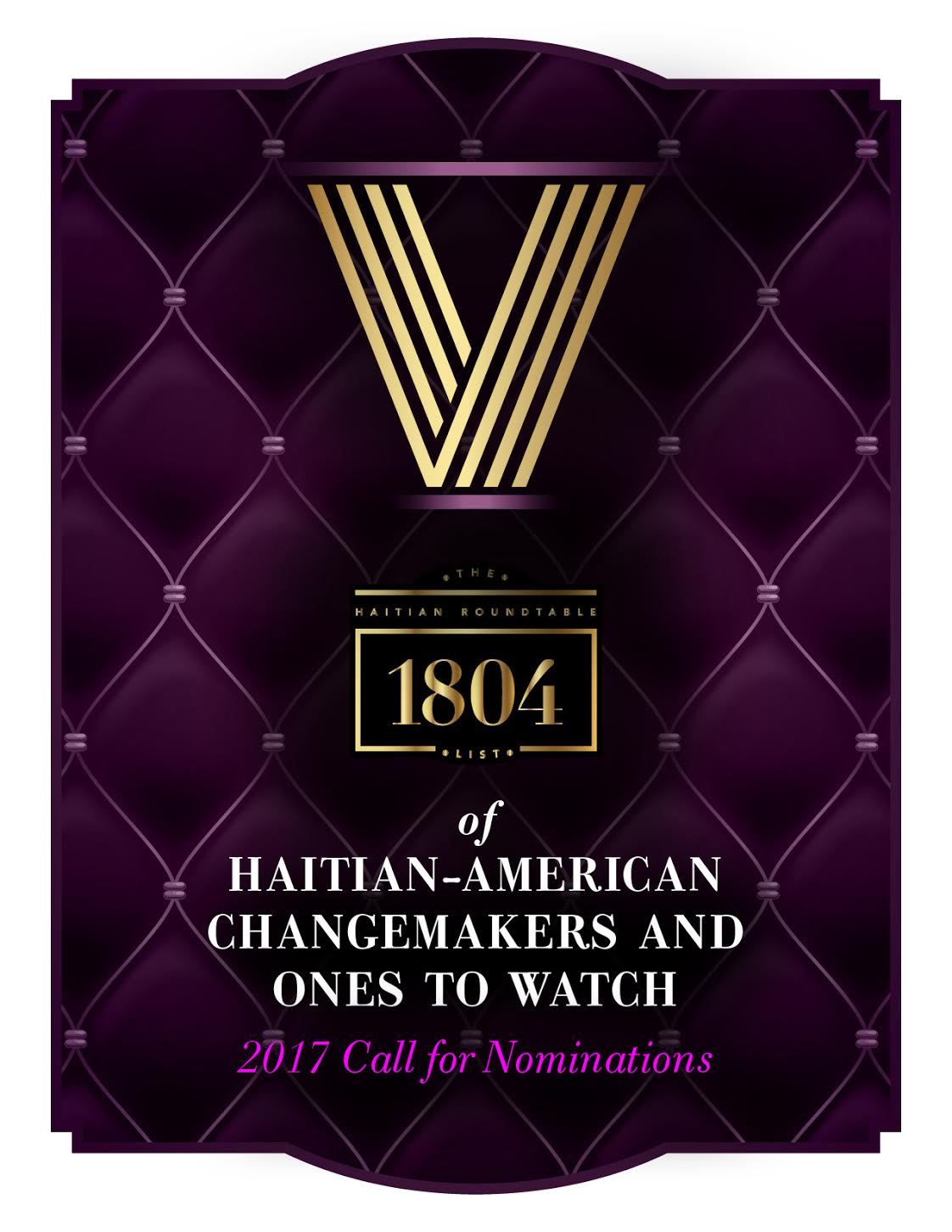 2017 CHANGEMAKERS
The 1804 List will recognize 25 Changemakers from the Haitian-American community within the U. S. for:
• Outstanding achievement and success in their profession
• Being a force for change in their community
• Being a Thought Leader, Trailblazer, or Unsung Hero
• Breaking barriers which helps to create a better understanding of Haiti and the Haitian community

2017 ONES TO WATCH
In addition, the 1804 List will recognize 5 Haitian-Americans as our Ones To Watch who represent our community’s Innovators and rising stars from a wide range of industries and backgrounds for:
• Making an early and substantive mark in their field, profession or community
• Demonstrating exceptional promise of leadership and achievement to their profession or community
• Being a young, up-and-coming or emerging talent

NOMINATIONS DEADLINE & NOTIFICATION
Nominations will be accepted through March 10, 2017. The list of honorees will be publicly announced in March 10, 2017. DIRECTORS AND MEMBERS OF THE HAITIAN ROUNDTABLE ARE INELIGIBLE FOR NOMINATION.