Haitian-American Karine Jean-Pierre is a political campaign organizer, activist, political commentator, and lecturer in international and public affairs at Columbia University. She is the Senior Advisor and National Spokesman for MoveOn.org. The former Obama aide is an inspiring story of growing up in a family that moved to America to give her a better life and ending up on the forefront of U.S. politics. You can find Karine Jean-Pierre as a political commentator on Fox News, Fox Business, MSNBC, CNN, CSPAN, PBS News Hour.

Jean-Pierre who was named one of The Advocate’s 2011 Forty under 40, first started working for President Barack Obama in 2008 as the southern regional political director in his Chicago headquarters and ultimately became the national deputy battleground states director for the President’s re-election campaign.  She served as a regional political director at the White House Office of Political Affairs and as White House liaison at the U.S. Department of Labor.

Jean-Pierre’s parents were immigrants from Haiti, and she credits their decisions for her own success in politics. In an interview with SheKnows.com she says,

“I give credit to my parents. They are Haitian and immigrated to America. My dad is 70 but still drives a cab, my mom is home health care worker. They came from a country that is impoverished but left to get a better life for their kids. For them, they are so proud of me, and they feel they have reached their dream because of my successes, but without them I wouldn’t be where I am. They told me I could be whatever I wanted to be, do whatever I wanted to do.

I remember in junior high school one of my counselors told me I should be a nurse not a doctor. When I told my mom that she was very angry and told me not to listen to anyone who told me not to live my dream. They believe in me, and I wouldn’t be where I am without the sacrifices they made to make sure I went to private school and college and grad school. The American dream has come true for them, they’ve gotten to meet the President and First Lady through my work, and it is great to give that to them. – Source 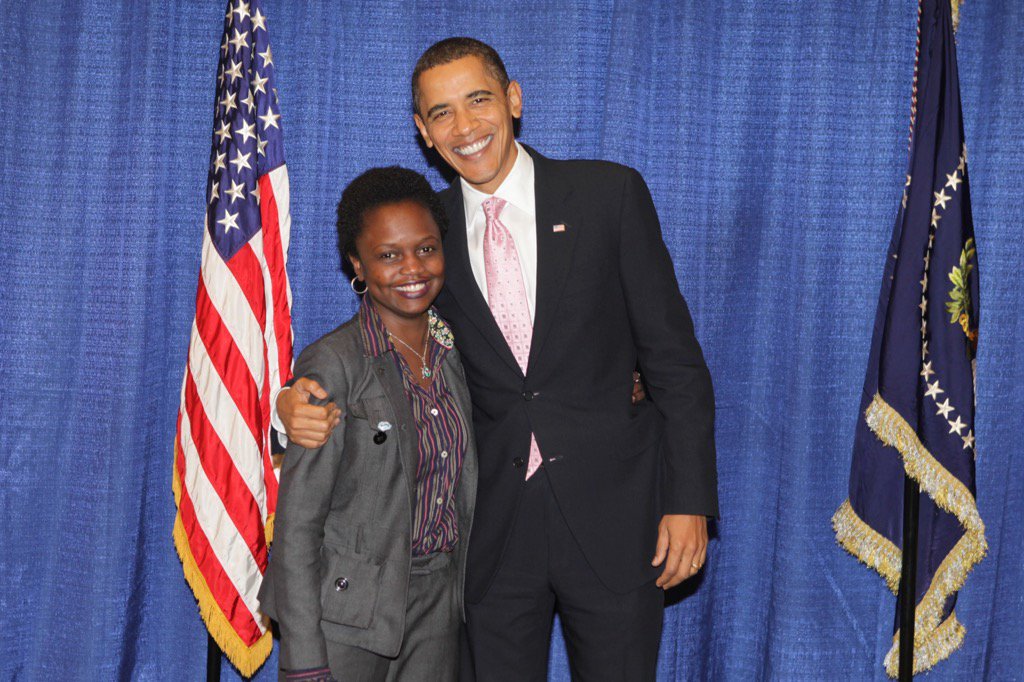 Karine Jean-Pierre’s professional experience has ranged widely from presidential campaigns to grassroots activism, to local politics, to working in the White House. Jean-Pierre is the Senior Advisor and National Spokesman for 2016 Elections at MoveOn.org. Jean-Pierre previously served as the Deputy Campaign Manager for Martin O’Malley for President, in addition to lecturing at SIPA.

Prior to joining the O’Malley Campaign. In 2014 she was the Campaign Manager for ACLU’s Reproductive Freedom Initiate (RFI). Previously, she managed Tish James’ successful campaign for New York City Public Advocate.

Jean-Pierre’s interests demonstrate her concern for integrity and the human condition. In graduate school, she explored her Haitian roots through documentary film. Later, she worked at the Center for Community and Corporate Ethics and pushed major companies like Wal-Mart to change their business practices. While working in New York, Jean-Pierre served as Press Secretary to Congressmen Anthony Weiner, Deputy Chief of Staff  and Director of Legislative and Budget Affairs for two City Council Members respectively in the New York City Council.