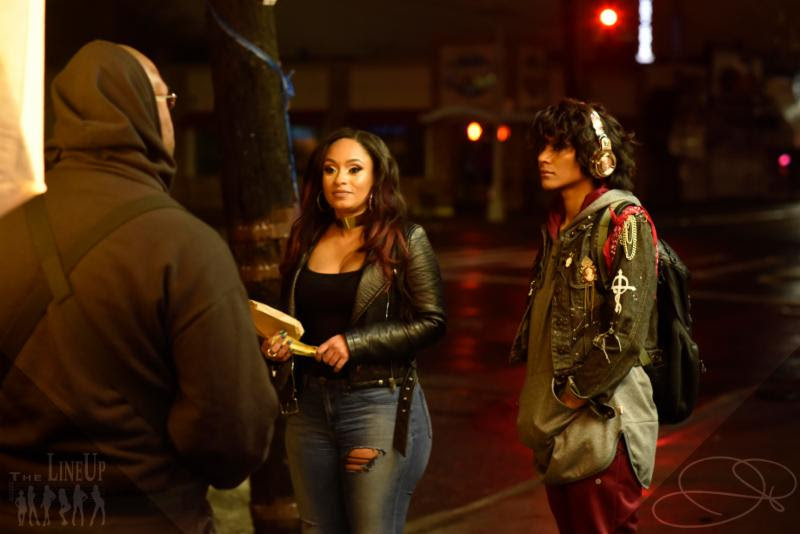 New York, NY, August 4th, 2017 – Haitian born director Anky Cyriaque has been described as a creative visionary who brings unique stories from imagination to the screen. Most recently, Cyriaque created and produced a new drama series titled The Line Up with the help of Damien McKnight as the writer.Cyriaque enlisted Roc Nation’s Jim Jones and Television Personality Tahiry Jose to head up the cast.

In addition to the cast, Cyriaque added Julito McCullum from HBO’s cult Classic The Wire, and Darik Bernard who stars as “Doc” on STARZ hit show Power. The production crew was comprised of industry veterans with extensive resumes including Quenelle Jones (Director of Photography) who is known for his work on the recent box office hit Get Out. The sound department was headed by Cyrus Baron, who’s credits include John Wick, Project Runway, Teenage Mutant Ninja Turtles, and more.

The Line Up is a story about various women who use their street smarts, charm, and sexual energy to dominate men. Every pretty face has a back story, and in The Line Up the audience will see what happens when the tables are turned and women have the upper hand. The love of money is the root of all evil. Find out what happens when lust and love are added into the mix of “The Line Up.”