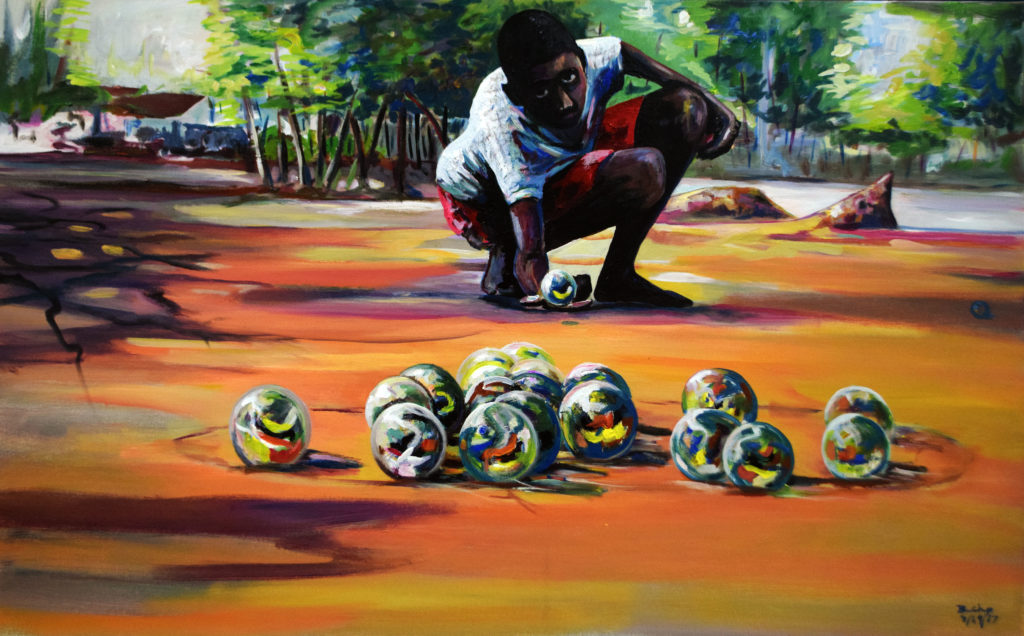 Andy Beauchamp was born in the Bahamas on July 13, 1983. He is the 15th of his late father’s 16 children. Although he was born in the Bahamas, Andy was raised in Haiti, the native land of his parents. Growing up around vibrant colors, abject poverty, and social inequality fueled Andy’s passion for art.  Utilizing art as an outlet to express his emotions, at the tender age of seven, Andy began drawing various objects.  He would often go down to the sea-port and draw the boats as they pulled into shore and the people interacting in the local street markets. Tragically, by the age of 14, Andy lost both of his parents and relocated to America to live with his older sister. 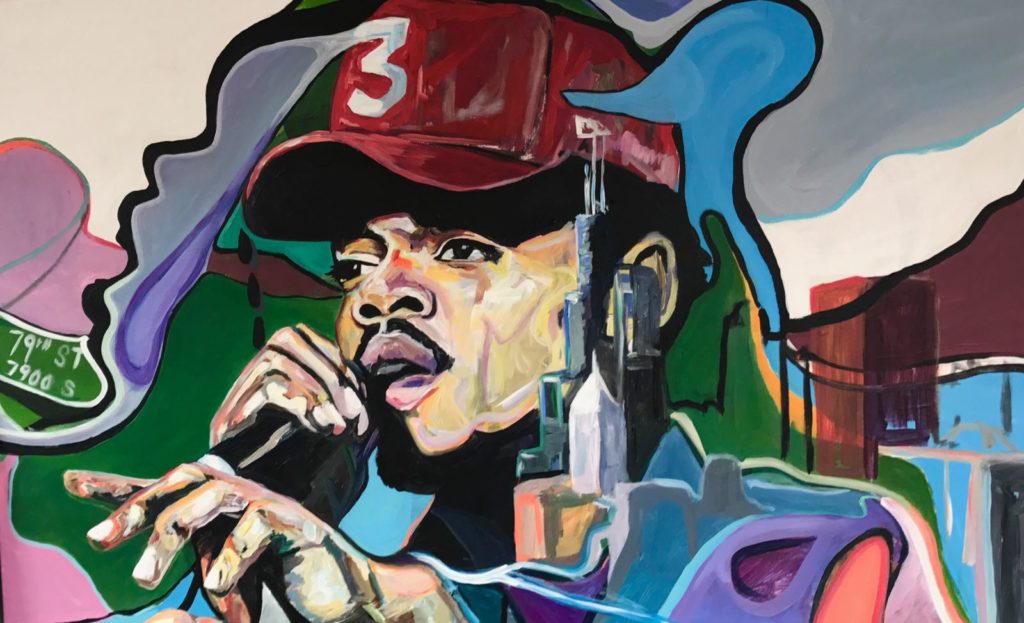 In America, Andy’s passion for art blossomed. While in high school, Andy’s artworks were highly praised and acknowledged by teachers, administrators, and classmates. Many of his works in high school were created with colored pencils.

He would meticulously mix and blend colors to create vibrantly unique images. The reassurance of his teachers and his peers gave Andy a boost of confidence in his talent. As his creativity evolved, Andy ventured into oil paints and found even more success in bringing his works to life.

He pays extra attention to every detail and his exploration of color mixtures and patterns add to the uniqueness, depth, and beauty of every painting.

In 2009, Andy graduated from the University of West Florida in Pensacola, FL. with a BS in Fine Arts. He states, “my ultimate goal with every artwork is to have the viewer sense and feel the reality of every detail expressed in the painting; and by doing this, each piece is no longer simply paint on canvas but rather an expression of life”.

President Jovenel Moise Lays Foundation Stone For Construction Of New National Palace
Dear Millennials, Here’s Why Your Next Trip Should Be to Haiti