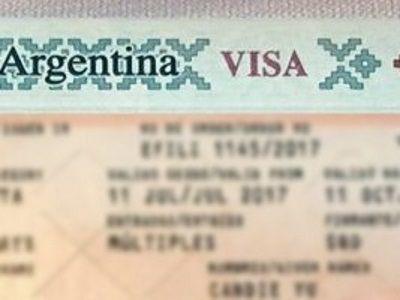 Argentina says it will reinstate a tourist visa for Haitian nationals at the end of this month after indicating that nationals from the Caribbean country had abused a system that had gone into effect earlier this year.

Argentina’s Ambassador to Haiti, Pedro Cornelo Von Eyken, confirmed that the National Directorate of Migration had taken the decision to reinstate the tourist visa for Haitian citizens.

In January, the Argentinian Embassy estimated that there were 60,000 Haitians in the South American country, the majority of whom were students.

“Haitians do not need a visa to visit Argentina as tourists for a stay of up to three months,” the diplomat said.

Under the agreement, Haitian tourists had to have valid travel documents, a hotel reservation or a letter of accommodation and enough money for a stay not exceeding 90 days. For their part, students got a student visa that also allowed them to work during their studies.

But the National Directorate of Migration in Argentina said that for the first seven months of this year, the number of Haitians who were refused entry into the country had increased by as much as 500 percent. It said that many of the Haitians had pretended to be tourists and were not fulfilling the required conditions because of their intention to remain there for more than 90 days.

Von Eyken said the new visa requirement will come into effect at the end of August 2018.