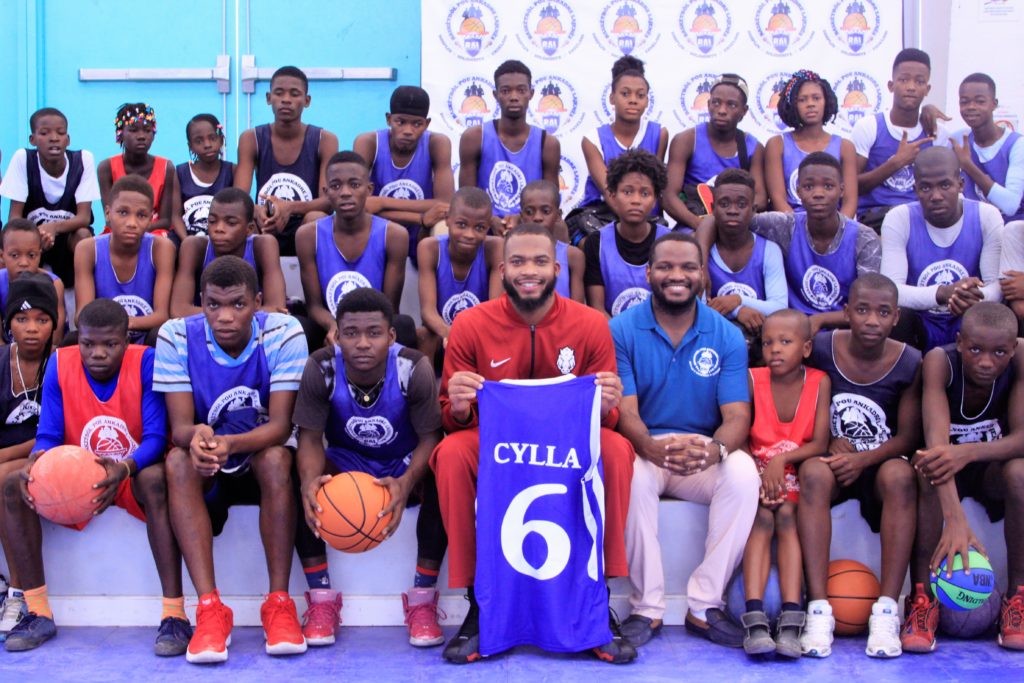 From July 14th to the 21st, the nonprofit organization Basketball to Uplift the Youth celebrated its sixth anniversary in Haiti through a series of activities.

Established in Haiti on July 21, 2013, as Baskètbòl pou Ankadre Lajenès (BAL), the organization uses basketball as a tool to mentor and educate Haitian youth. BAL operates year-round, three times a week on Fridays, Saturdays, and Sundays, in two of Port-au-Prince’s most underserved urban neighborhoods, Cité Soleil and Martissant. The organization has been serving the youth of Martissant since its launch in July 2013 and began serving the youth of Cité Soleil in July 2018. BAL currently works with approximately 120 youth from both communities.

For the celebration of its 6th anniversary, BAL had the pleasure of having the presence of the player who wears number 6 for the Haiti National Men’s Basketball team, Jeantal Cylla. A 2019 graduate of the University of North Carolina Wilmington with a Bachelor’s degree in Communications, Cylla currently plays for the University of Arkansas Men’s Basketball team as a grad transfer. While playing for Arkansas, Cylla is also pursuing a Master’s degree in Adult and Lifelong Learning / Leadership at the university.

BAL’s 6th-anniversary activities began with a Mobile Health Clinic held on July 14th at Haiti’s Sport for Hope Center. The clinic was organized in partnership with doctors from the group La Santé au Rythme and doctors Melissa Antoine, Joelle Denis, and Reginald Fils-Aimé. This fantastic group of doctors who kindly volunteered their time for the clinic was able to provide check-ups to over 100 of BAL’s beneficiaries and staff members.

From July 15th to the 17th, BAL held a 3-day basketball camp at the Sport for Hope Center, led by Jeantal Cylla. On Day 1, BAL’s Executive Director, Dave Fils-Aimé, introduced Cylla to BAL’s youth and staff and presented him with a BAL jersey bearing his name and number. 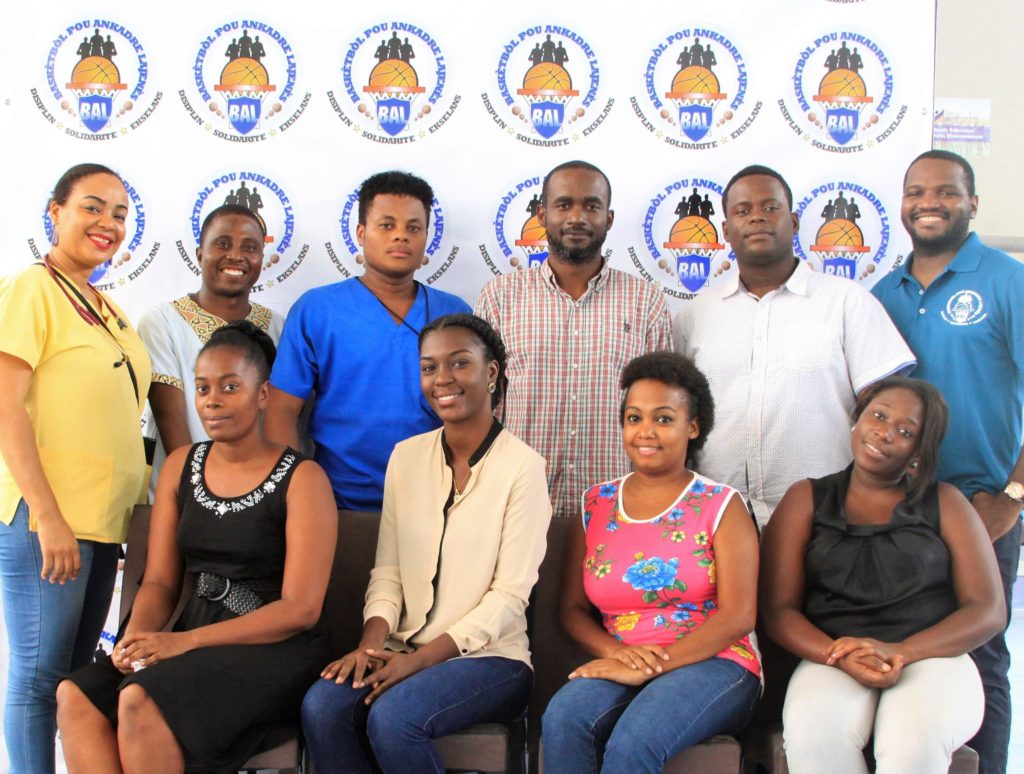 During Day 2, BAL had the honor of welcoming two distinguished guests to the camp: the captain of the Haiti National Men’s Basketball team, Antoine Joseph, and Haiti’s Minister of Youth, Sports and Civic Action, Edwing Charles. Marc-Arthur Jean-Louis, Executive Director of the Sport for Hope Center, also stopped by the camp and shared a few words of encouragement with the youth. For this second day of the camp, Joseph joined Cylla in helping the youth improve their basketball skills through a variety of drills. Joseph ended the camp’s second day in style as he made a backward half-court shot to the delight of BAL’s youth and staff.

On Day 3, the youth were able to apply what they learned during the previous two days by forming different teams to play in a basketball tournament. For the tournament, the teams were grouped into four separate categories based on skill level. After the tournament, individual players from each of the four categories had the opportunity to put their shooting prowess on display by participating in the Shooting Stars contest.

BAL’s 6th-anniversary activities continued on Thursday, July 18th with field trips to two sites. The day began with a visit of Parc de Martissant, an urban park featuring a memorial dedicated to the victims of the 2010 earthquake, a medicinal garden, a library, and a cultural center. After leaving Parc de Martissant, the group visited Musée du Panthéon National Haïtien (MUPANAH), a museum featuring artifacts and displays that chronicle Haiti’s rich history. 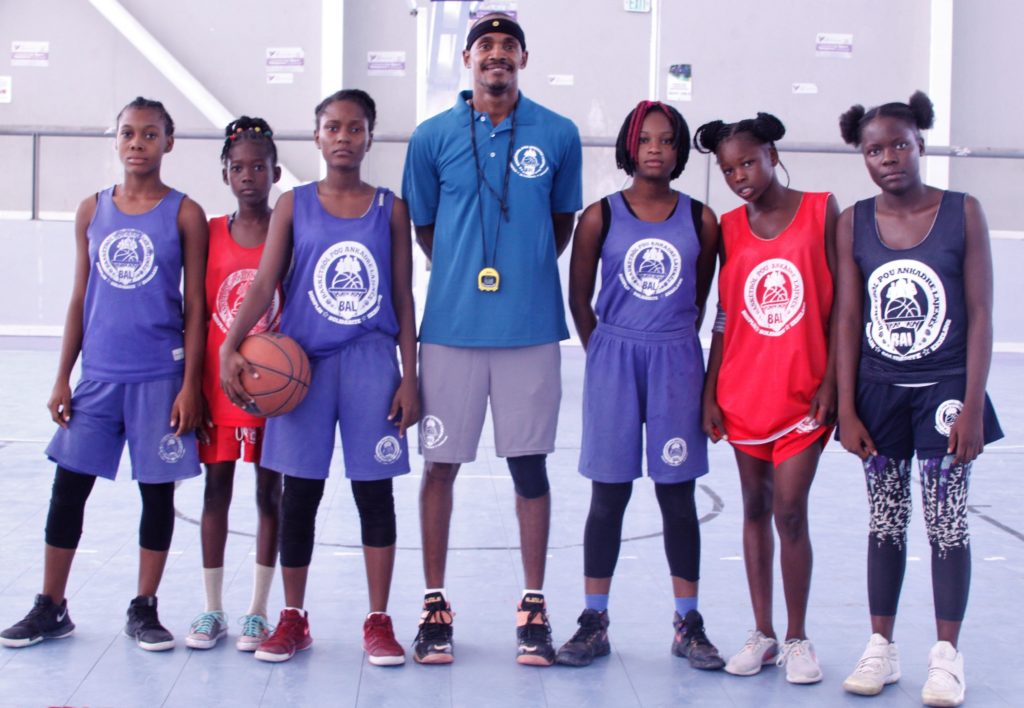 On Friday, July 19th, BAL’s youth, staff, and volunteers enjoyed a day at the beach Soleil Antillais in the town of Gressier.

On the 7th day of activities, BAL held a Career Panel & Visionary Goal-Setting Workshop for the youth at Haiti’s top private university, Université Quisqueya. The panel featured six accomplished professionals: statistician Nogi-Clarvel Barron, banker Ivanov Cadet, political consultant Roudy Stanley Penn, educator Nedgine Paul Deroly, journalist Chancy Victorin, and entrepreneur & software engineer Fritz Cenal. They all shared with the youth their paths towards their respective professions and provided them with advice on how to do the same. The panel was organized in partnership with Université Quisqueya and the Centre d’Entrepreneurship et de Leadership en Haiti (Haiti Center for Entrepreneurship and Leadership).

After listening to the panelists and having the opportunity to ask them questions, the youth completed an exercise to develop a roadmap to help them reach their dream professions.

On the 8th and final day of activities, BAL’s 6th Anniversary Celebration & Award Ceremony was held at the 5-star Karibe Hotel. The event featured a performance by one of Haiti’s most popular and prolific musicians, Mikaben. The youth were pleasantly surprised to see Mikaben enter the room and he captivated them with an animated performance of his most popular hits. Afterward, the youth displayed their own talents with a series of musical, dance, spoken word, and standup comedy performances.